You are here: Home / Style Watches / Amy Schumer & Saoirse Ronan Step Out in Calvin Klein at the 2015 Britannia Awards 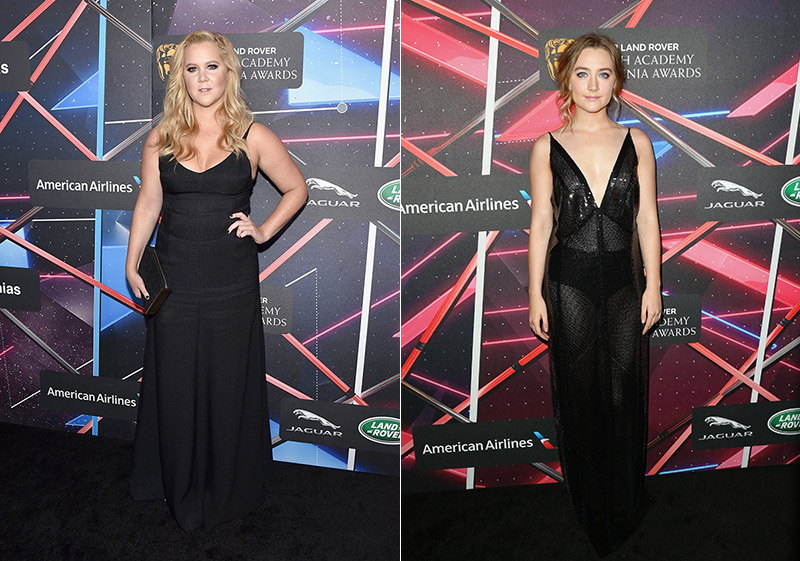 Actresses Amy Schumer and Saoirse Ronan both stepped out on October 30, 2015, to attend the 2015 British Academy Britannia Awards. Held in Los Angeles, California, the pair both opted for Calvin Klein Collection dresses in black.

Schumer, who won the Chaplin Award at the event for her comedic roles and standup, wore a black textured slip dress from the resort 2016 season of Calvin Klein Collection.

While Ronan, who presented that same evening, also wore a Calvin Klein Collection slip dress, but adorned with black sequins.