Daughter of Michael Jackson, Paris Jackson, appears on the April 2017 cover of Harper’s Bazaar. Photographed by Jean-Paul Goude, the blonde poses in a black dress with a plunging neckline from Ralph Lauren Collection. Inside the magazine, the 18-year-old poses on the streets of Paris, France in the spring collections. From a retro Chanel skirt suit to a 90’s inspired bustier top by Saint Laurent, Paris shines in each image.

In her interview, Paris talks about dealing with the haters. “You’re on their mind—how is that a bad thing? Doesn’t matter if they’re saying good or bad things about you. They’re thinking about you enough to write about you. You just can’t care… Not everybody is going to be happy with what you do. If you’re not happy with what you’re doing, that’s a problem. If you’re happy, who gives a f**k?” 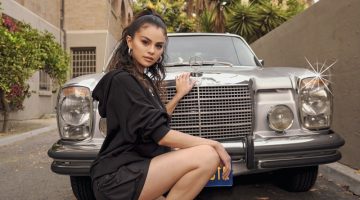 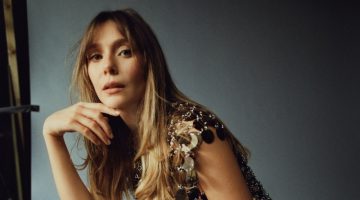