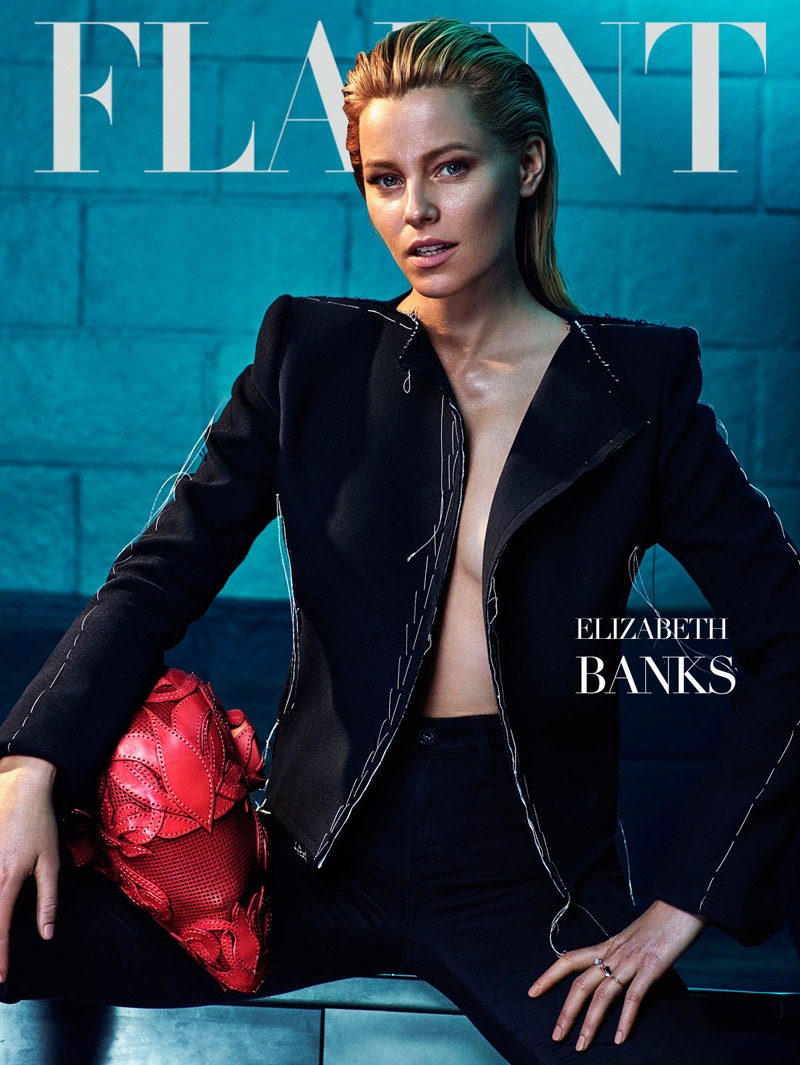 The latest issue of Flaunt Magazine puts the spotlight on actress and director Elizabeth Banks. Photographed by Hunter & Gatti, the blonde beauty gets dark in a seductive photo shoot where she poses alongside a red and masked stranger. Elizabeth suits up in leather looks styled by Zoe Costello featuring the designs of Prada, Diesel Black Gold, Versace and more.

ICYMI: Elizabeth Banks on Being a Female Director

In her interview, the star talks about ageism in Hollywood. “The men all get older and all the women stay the same age. My male peers in this business would rather be in a romantic relationship in a film with a 28-year-old. I’ll give you that. But it’s for the exact same reason I would prefer to be in a movie with Zac Efron!” Elizabeth says, referring to his looks. / Hair by Paco Garrigues, Makeup by Jo Baker, Set design by Carl Hopgood 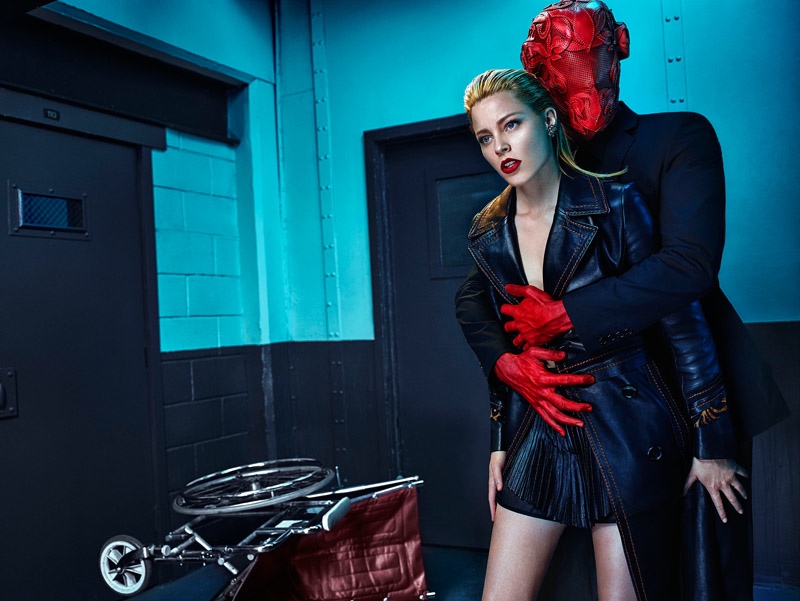 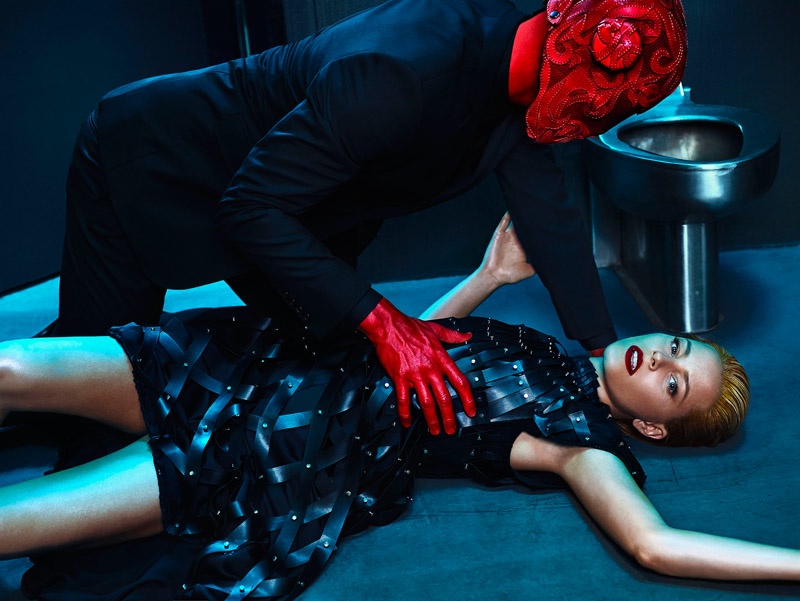 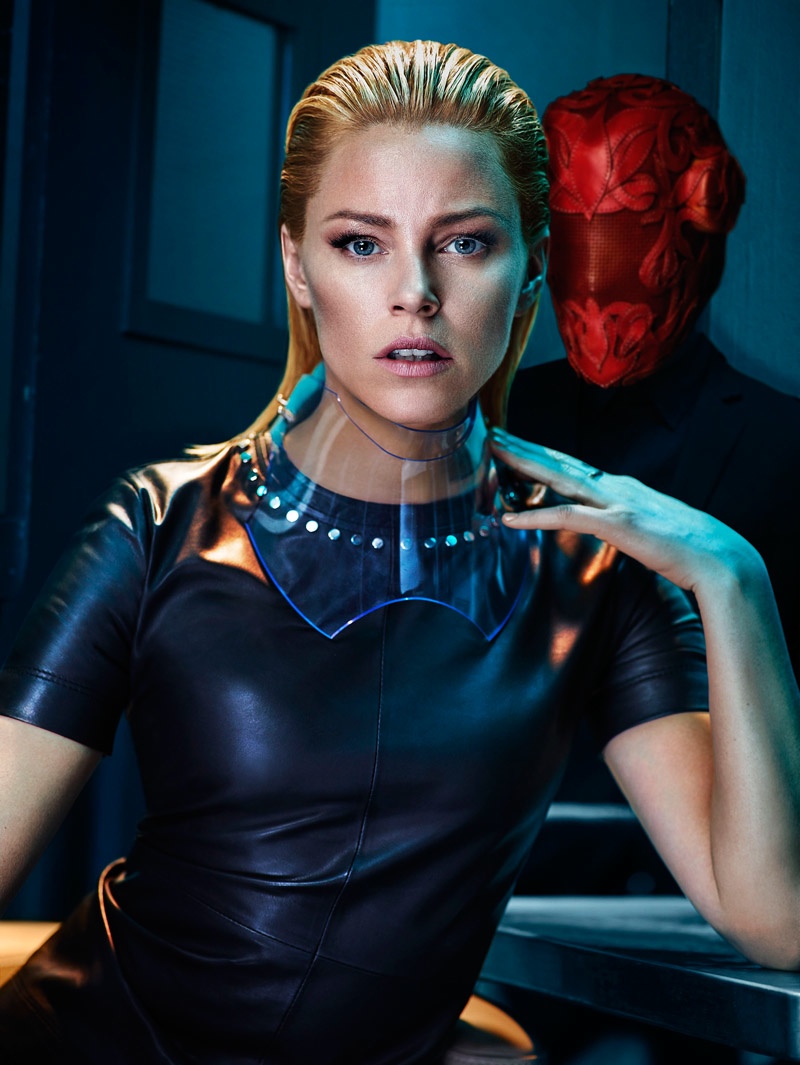 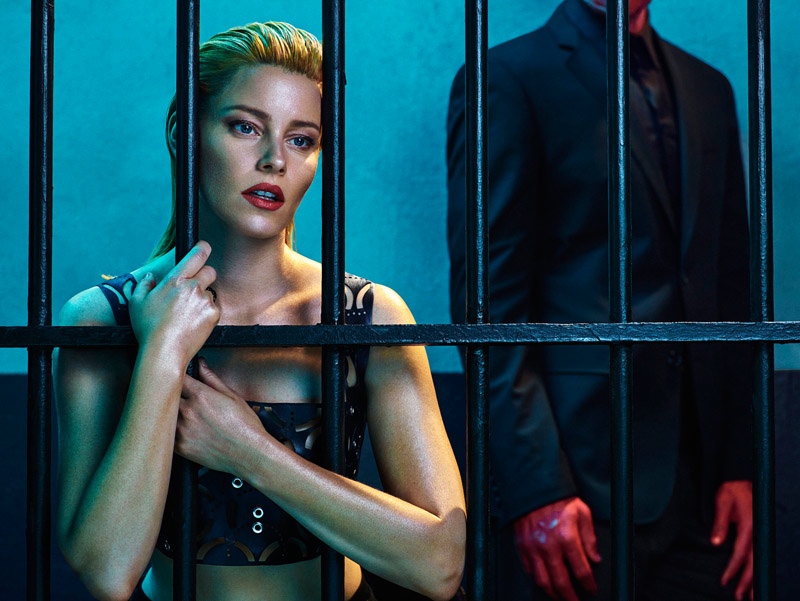 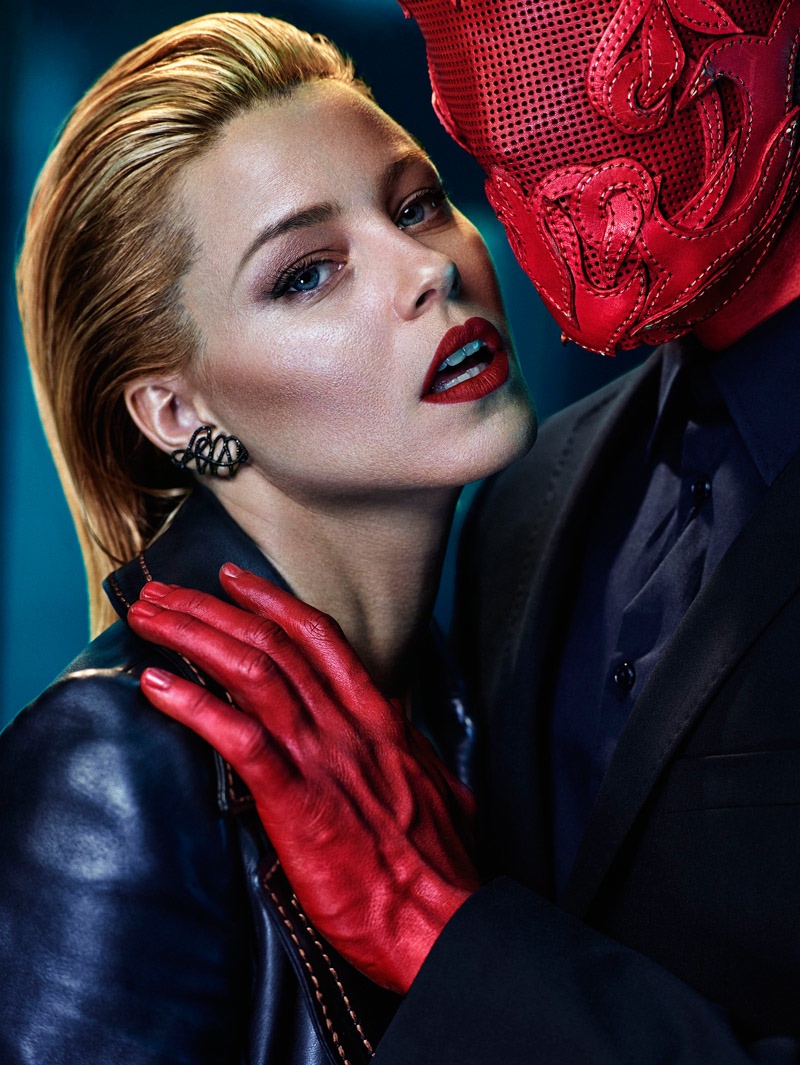 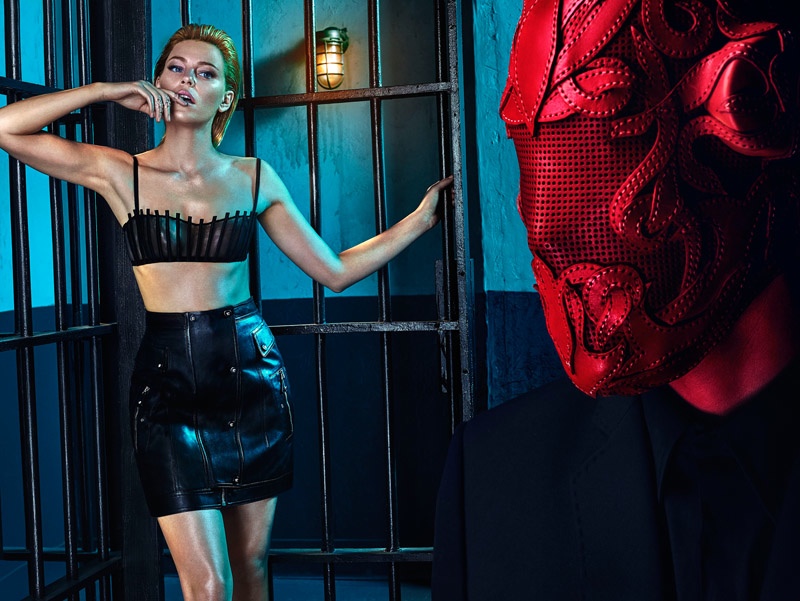 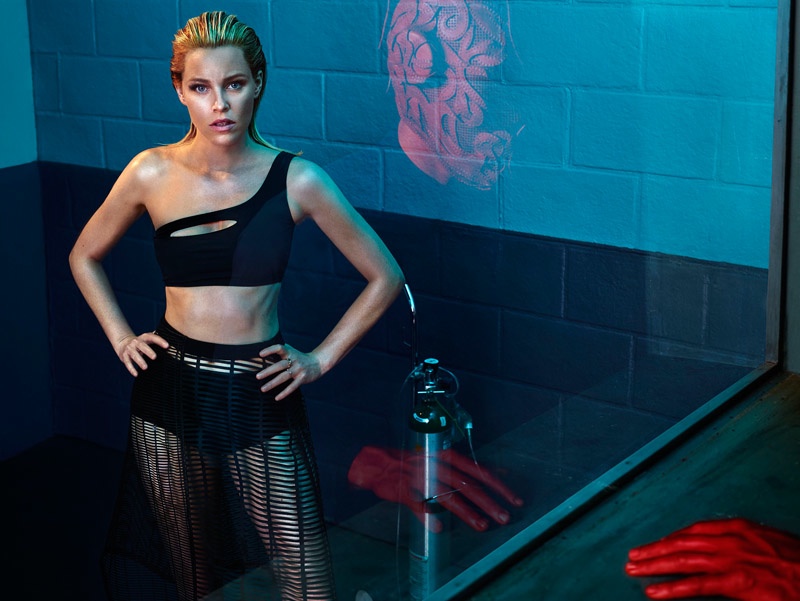 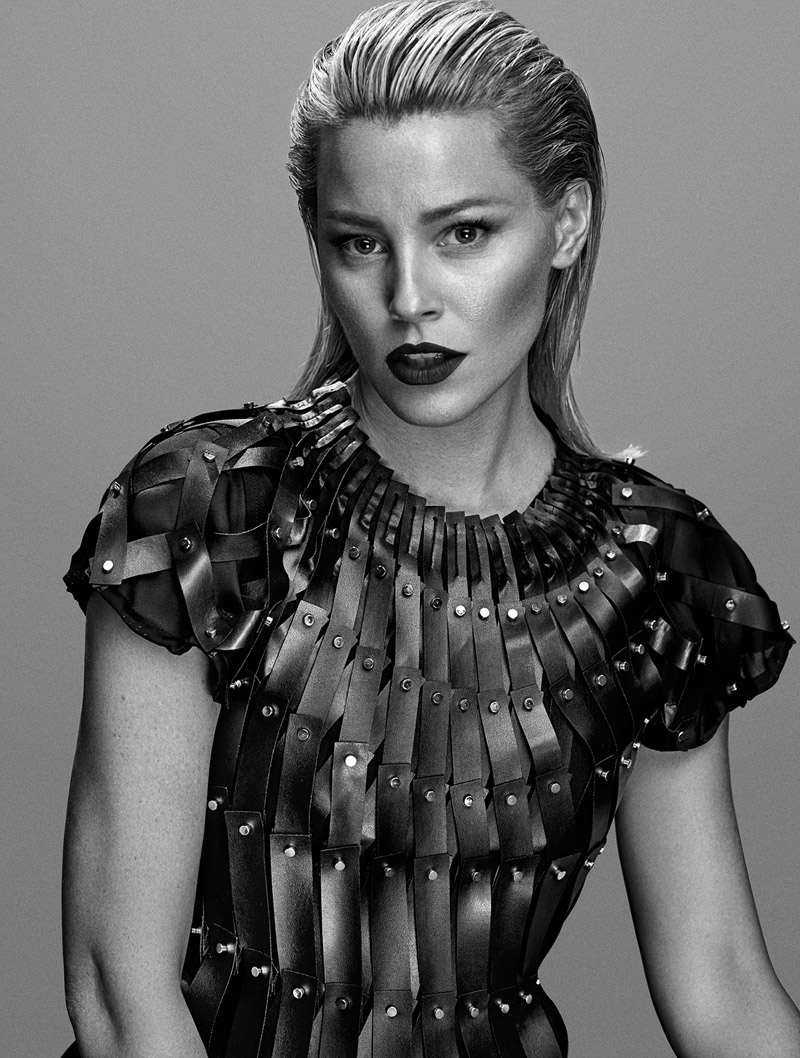