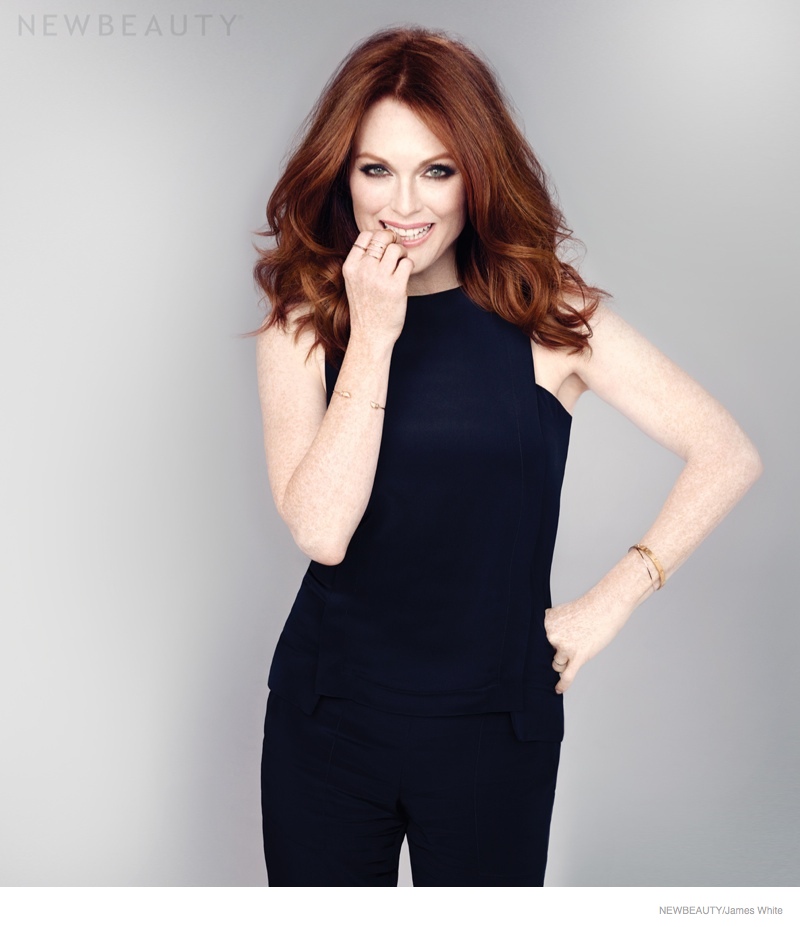 Julianne Opens Up–Star of the upcoming “The Hunger Games: Mocking Jay” film Julianne Moore graces the fall-winter issue of NewBeauty Magazine. The redhead beauty stuns in these images captured by James White. Inside the magazine, Julianne opens up about a number of things including working out, being a redhead and aging.

Julianne Moore on Being A Redhead
“My grandmother always said my red hair was my calling card! And I never realized how much I identified with it until I had to dye it blond years ago for a role. It felt so weird, and I couldn’t wait to go back to my regular shade. In playing Alma [referring to her upcoming role as president Alma Coin in the November-released Hunger Games trilogy], it’s not as drastic because my hair is a wig. Wigs aren’t hard; they are actually pretty fun. But the character does sport a very specific look and has very specific features, which makes it interesting.” 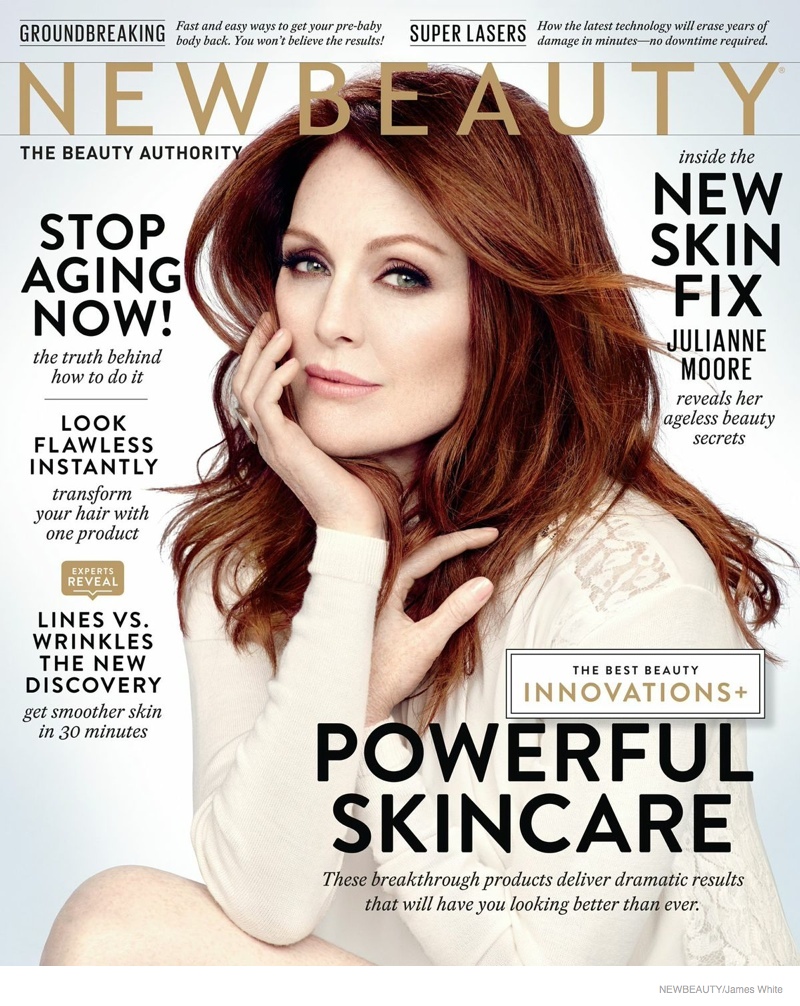 “I can remember being 12 and everyone was talking about the year 2000 and it seemed so far away. I remember thinking, ‘I will be 40 then,’ and it just seemed so old—I couldn’t even think about it; it was utterly shocking. But when you get there, it’s so much less serious than you anticipated. The changes aren’t as vast and it all happens very gradually. Getting older is not as bad as you think.” 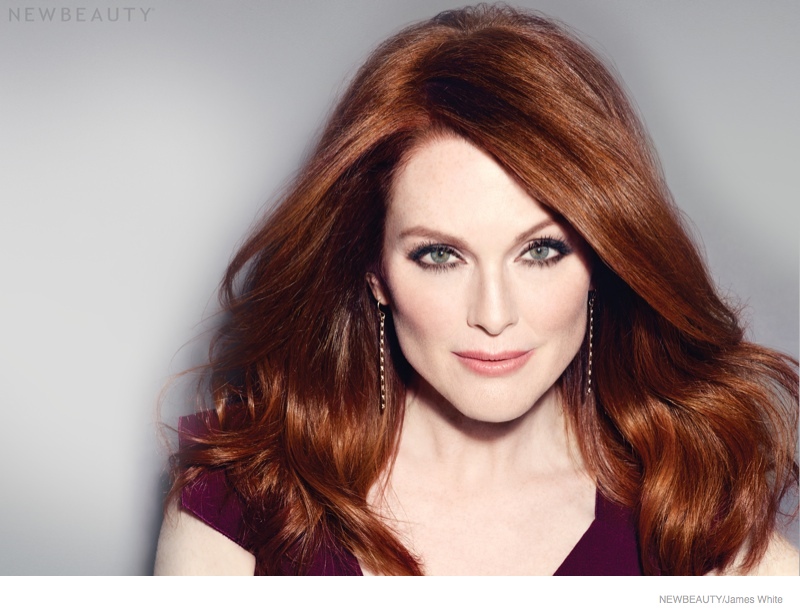 “I don’t like noisy workouts. I tried spinning and didn’t like it; it’s just too loud for me. I do better when I am working out in quiet, which is why I like yoga. I also work out at my house, do interval running and lift light weights.”