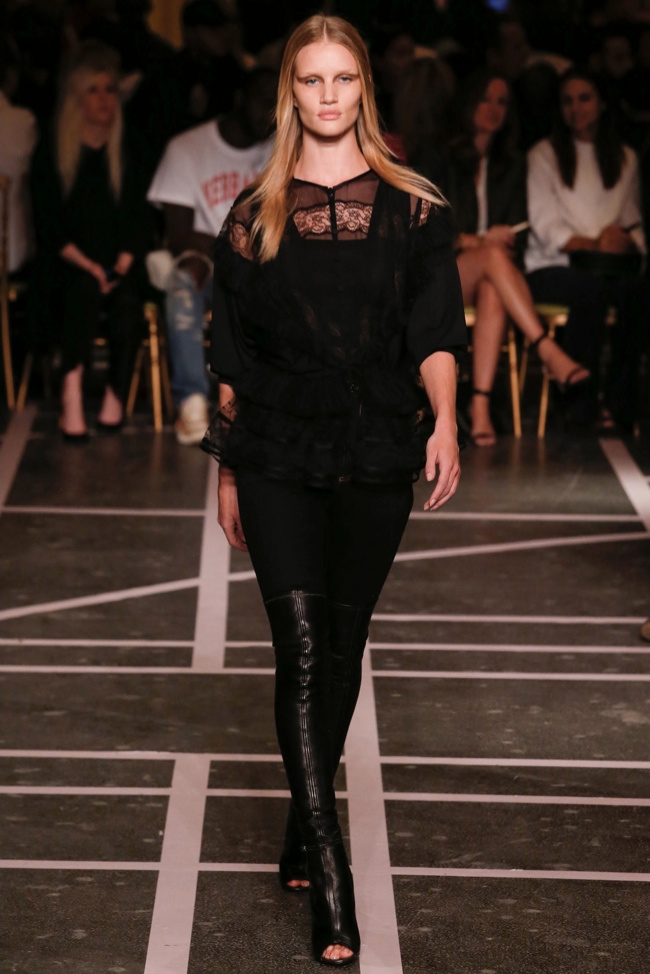 Givenchy Spring 2015–Riccardo Tisci, creative director of Givenchy, unveiled a nearly all black and white collection for the brand’s spring-summer 2015 outing. Besides the color palette, a theme of corsetry was a reoccurring thread throughout the looks—from cropped jackets decorated with eyelets to dresses featuring lacing at the bust area—it was all about paying homage to the female form. Elsewhere, leather vest and coats brought a gothic rock vibe to the season. As for the cast, Kendall Jenner (who stars in Givenchy’s fall 2014 campaign) made an appearance as well as British models Cara Delevingne and Rosie Huntington-Whiteley.