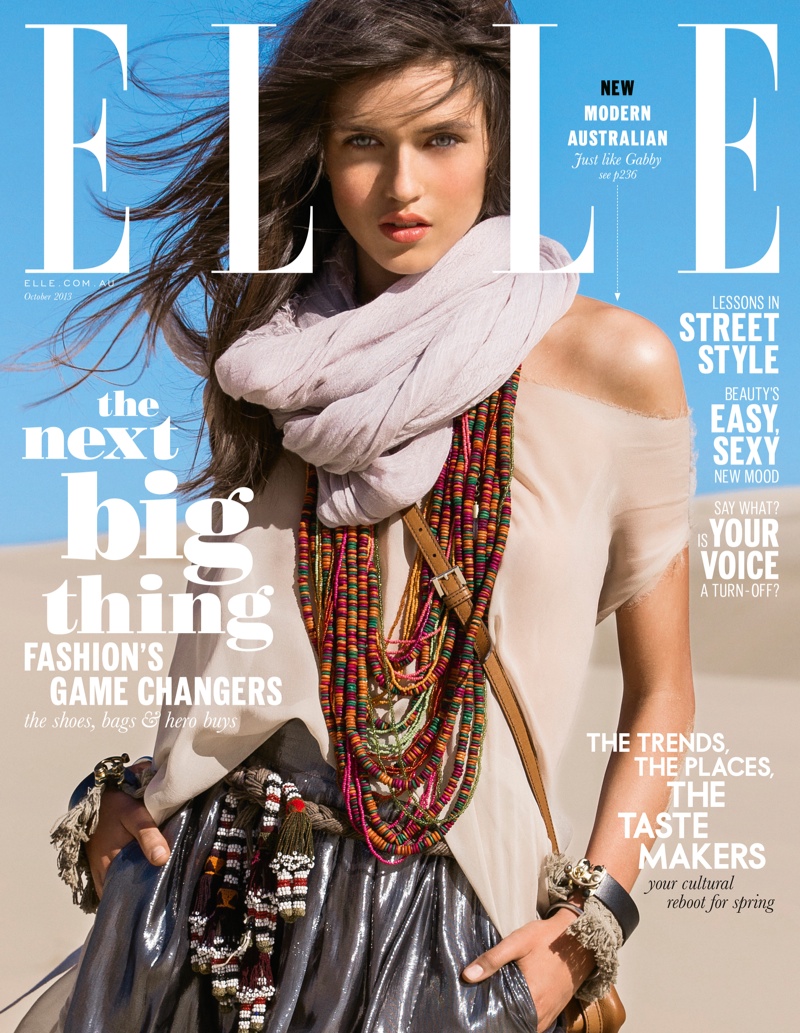 First Look – It was earlier this year that we reported the news about Elle launching in Australia. And now, here is a look at Elle Australia’s first ever cover featuring rising Aussie star Gabby Westbrook-Patrick. The October 2013 cover was photographed in remote sand dunes by Derek Henderson with Gabby wearing a glam desert look styled by Sara Smith.