You are here: Home / Paris Fashion Week / Chanel Makes a Statement for Spring 2015 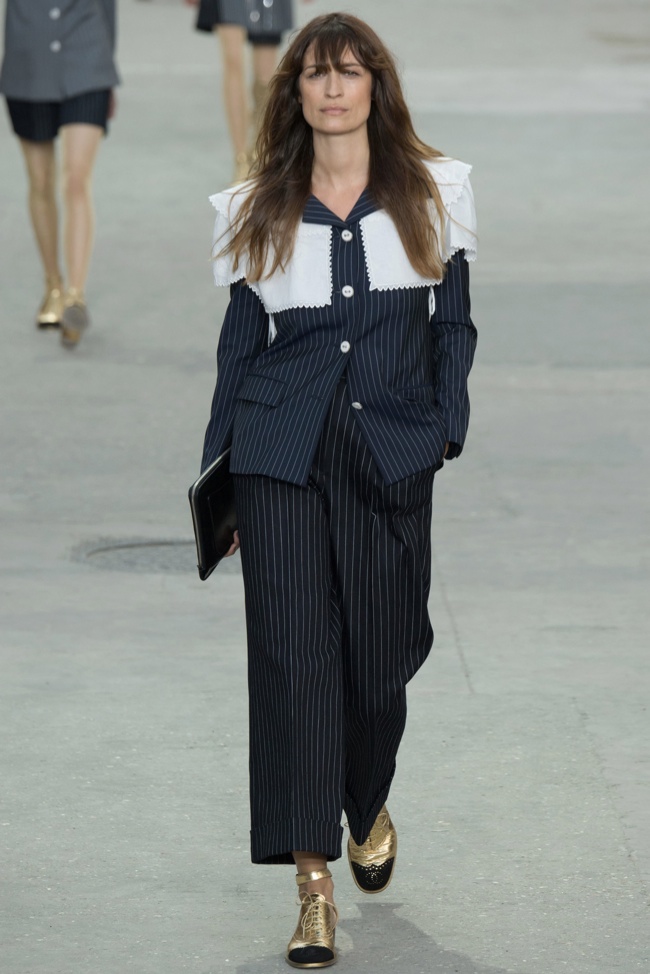 Chanel Spring 2015–Transforming the Grand Palais into a street-like runway, Chanel creative director Karl Lagerfeld took on the feminist movement (or a version of it) for the brand’s spring-summer 2015 show. The collection began with models wearing relaxed fit suiting in tweed. Tying in with its founder Coco Chanel’s history of defying gender expectations, models wore looks that were made for everyday life including slouchy pants and culotte cuts.

However, that is not to say there was a lack of glamour. Lagerfeld also showed mid-length dresses adorned with metallic paillettes, ruffled skirts and glittering jewelry. The show ended with a full on protest on the street as models including Cara Delevingne and Gisele Bundchen hit the catwalk with signs featuring feminist slogans and bull horns.