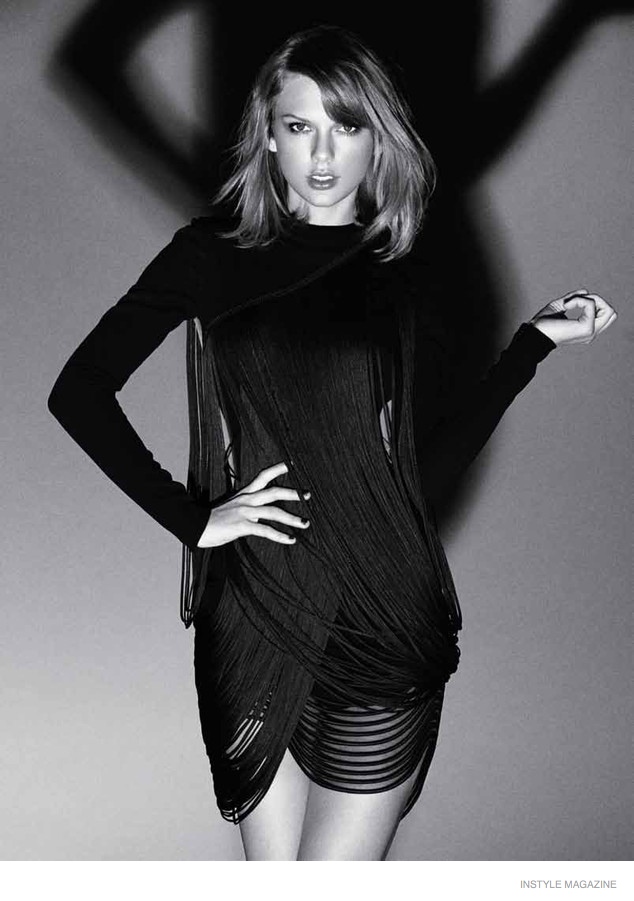 Gracing the November 2014 cover of InStyle Magazine, singer Taylor Swift wearing a gold embroidered top from Louis Vuitton in the image photographed by Greg Kadel. For the main feature via E! Online, Taylor shows off her best moves in looks from the fall collections and also opens up to the magazine about having kids. “I don’t know if I’ll have kids…It’s impossible not to picture certain scenarios and how you would try to convince them that they have a normal life when, inevitably, there will be strange men pointing giant cameras at them from the time they are babies.”