You are here: Home / Celebrity / Anna Kendrick Poses for ELLE, Talks Being a Late Bloomer 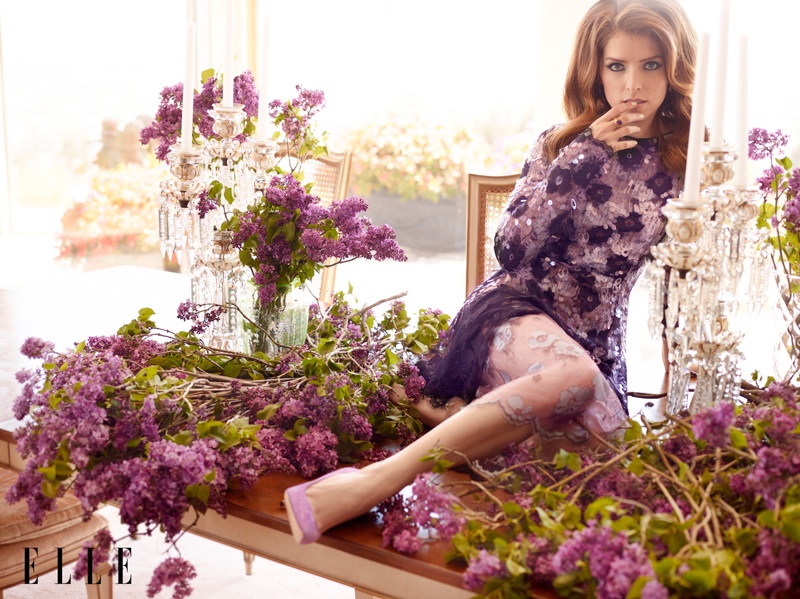 Anna on Elle–Marking her first ELLE US cover, actress Anna Kendrick graces the magazine’s July issue wearing a dress from Dolce & Gabbana. This marks the first “Social Media Issue” from the magazine and Elle calls Anna “the savviest social-media star of her generation”. For the photo shoot, Anna poses for Carter Smith poolside in designer looks. Anna admits she was a late bloomer, saying, “When I was a teenager, I was an ultra late bloomer, and my mom would say it was a blessing, because it means you never have to wonder if guys are only interested in you because you’ve got boobs.  I would have been thrilled if guys were interested in me because of my boobs!”

But perhaps it was a secret blessing.”Similarly, I think I’m lucky that I’ve never had a crisis about whether the only reason I’m successful is because I’m crazy hot.  It’s not something that crosses my mind.” The new issue of ELLE hits newsstands on June 24th. 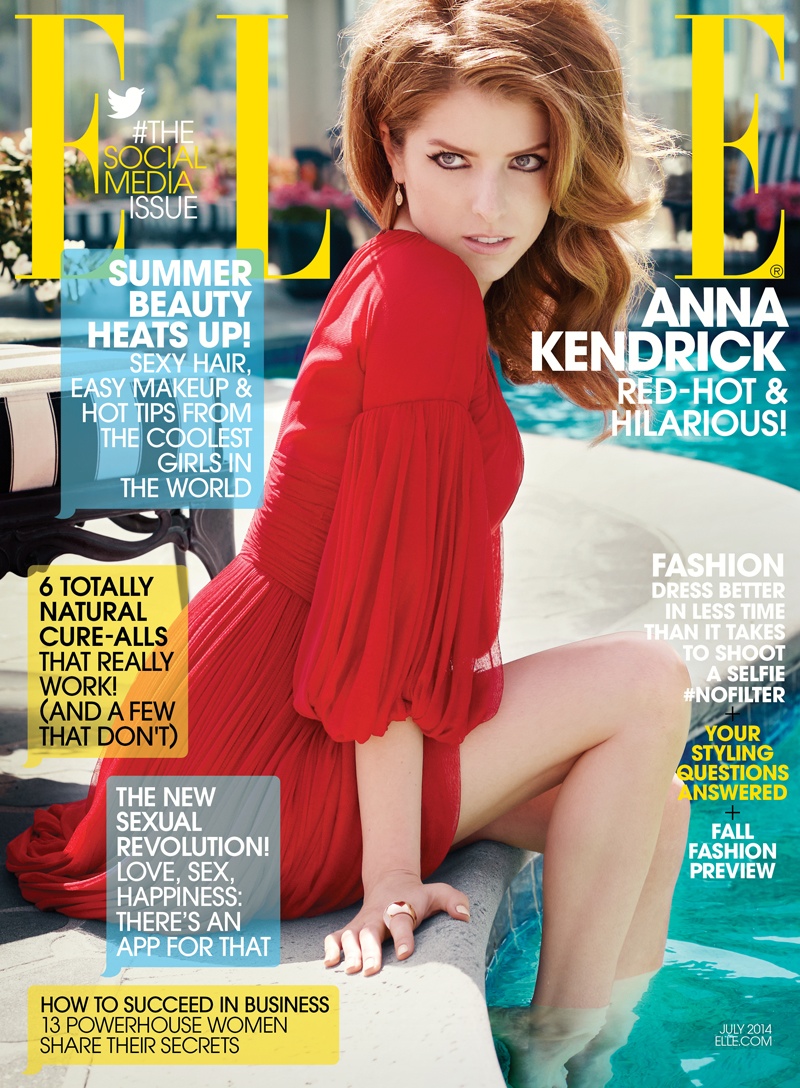 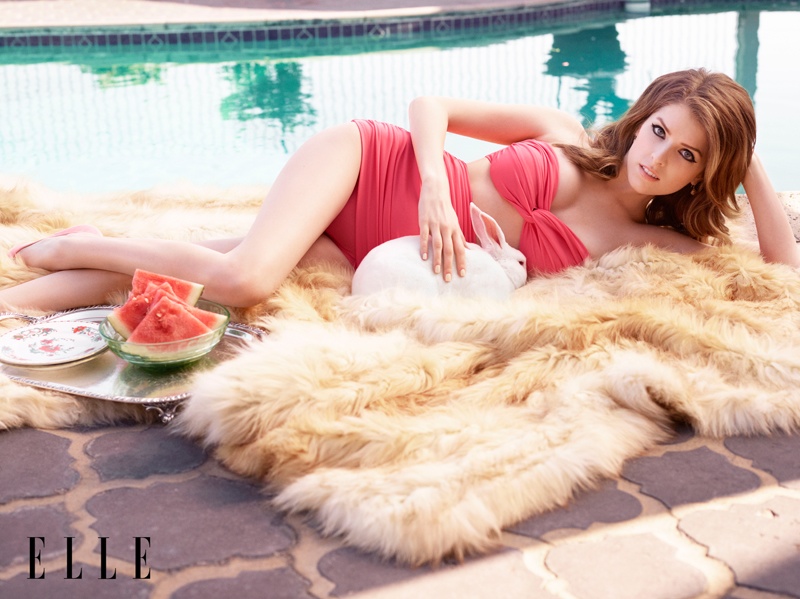 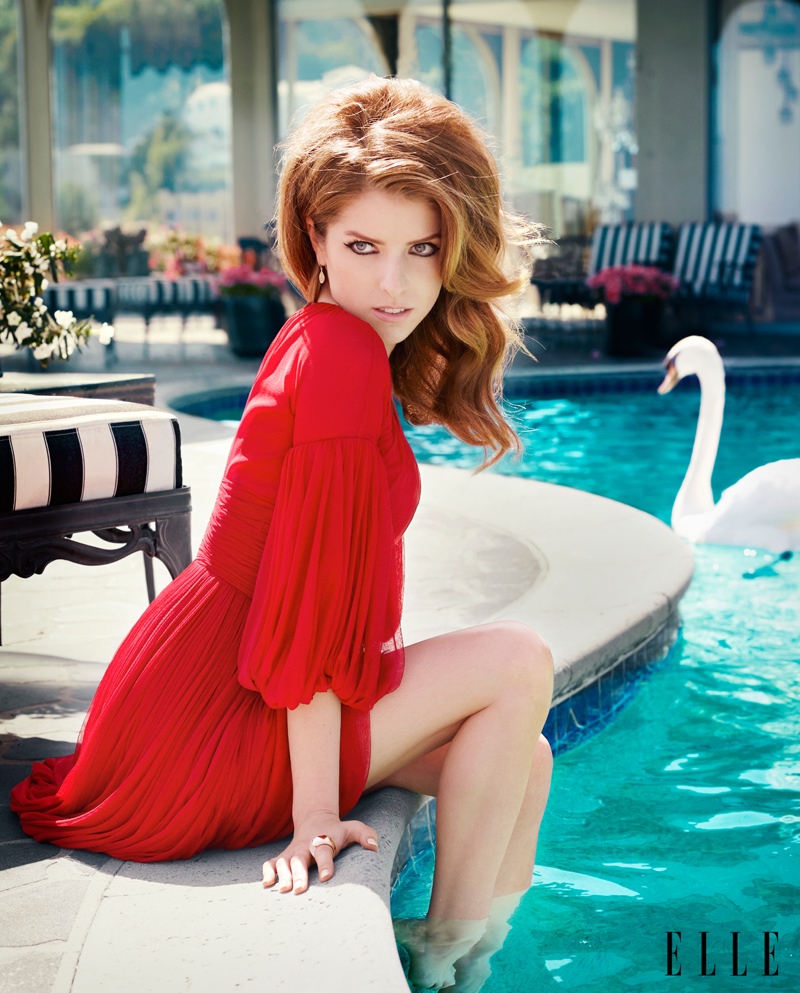 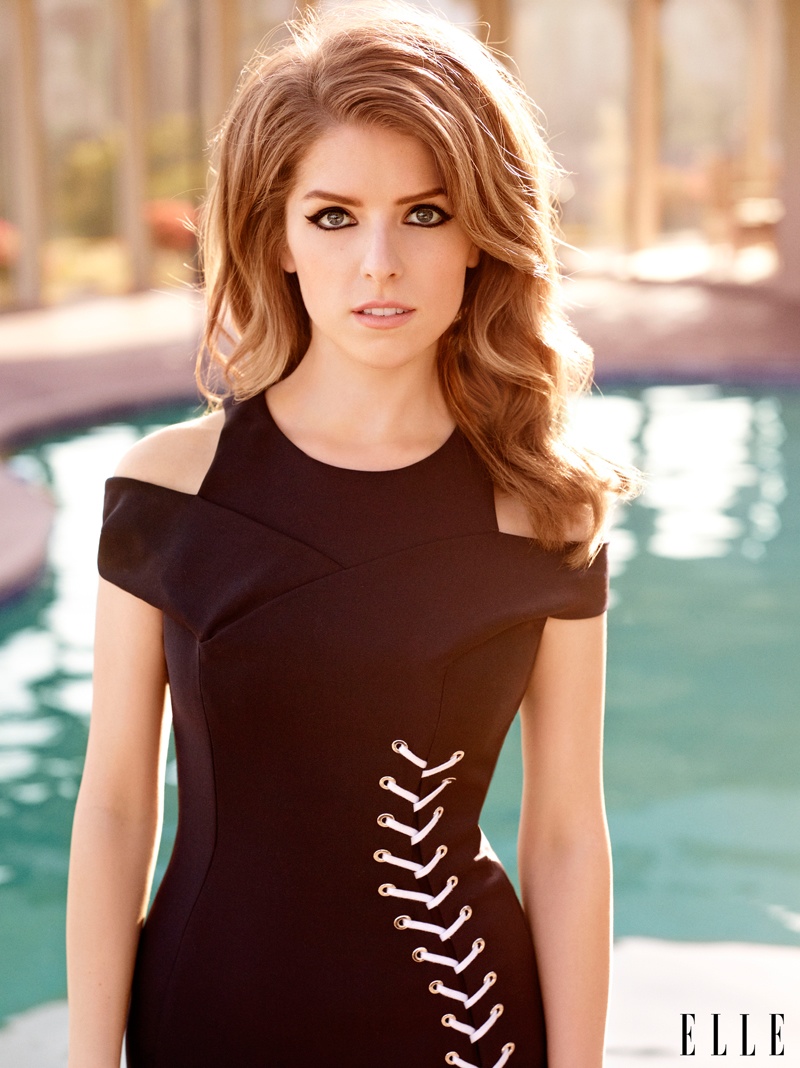