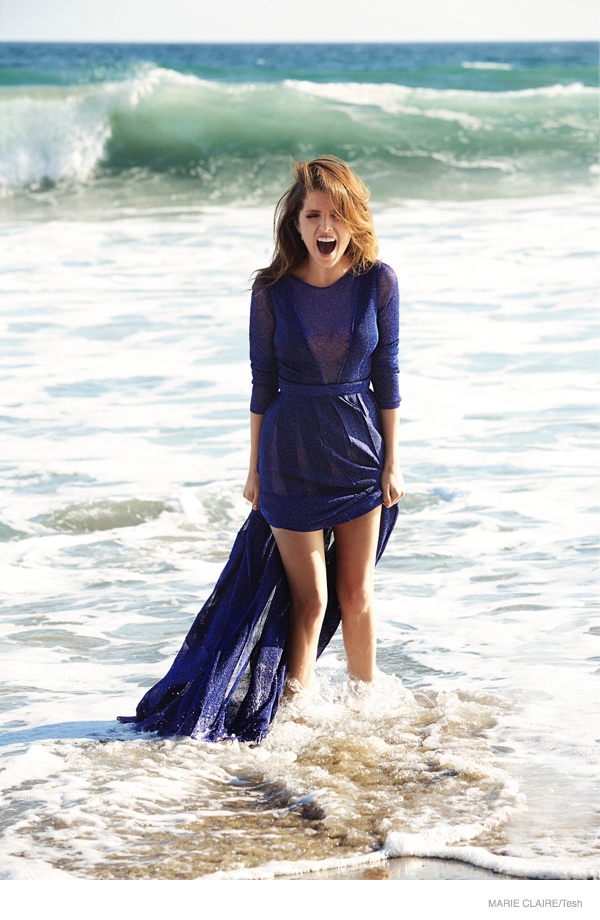 Actress Anna Kendrick and star of the upcoming musical film “Into the Woods” lands the December 2014 cover story from Marie Claire US. Known for her funny Twitter personality, Anna brings her charm to these beach-snapped images photographed by Tesh. About having her looks scrutinized, the Kate Spade face tells the magazine, “The most common thing that I get is, ‘Am I the only one who doesn’t think that Anna Kendrick is pretty?’ And you’re like, ‘No, you’re not the only one. Arguably, all of the boys in my high school agree with you.’” 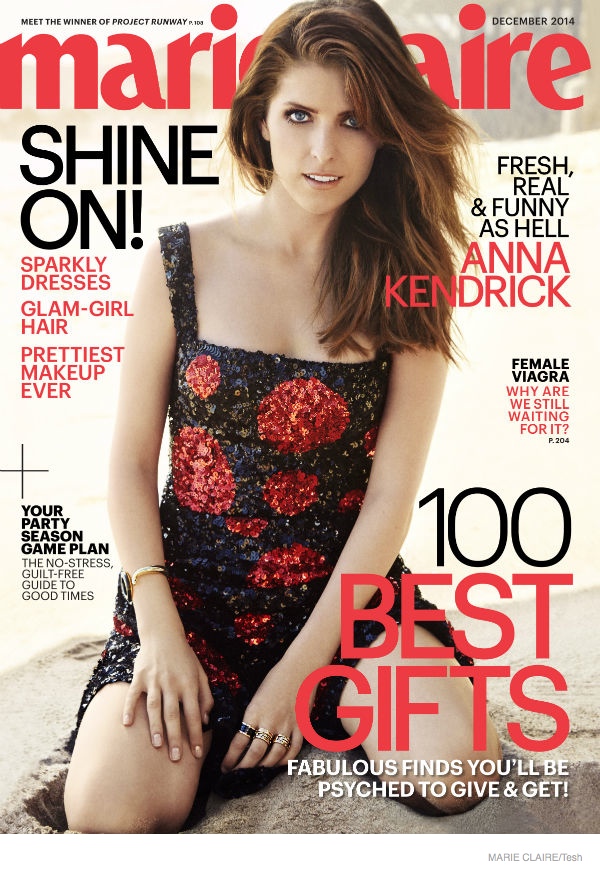 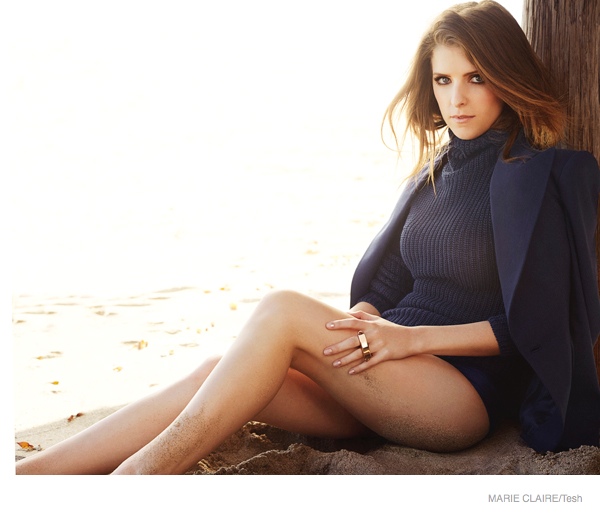