You are here: Home / News / Anja Rubik On Why Modeling is Feminist

Top model Anja Rubik has been vocal about her thoughts of feminism as well as nudity. And in a recent interview with The Cut, the Polish beauty expands on her thoughts on feminism, and even goes as far to say that modeling is feminist. Anja reveals: “I consider modeling to be a feminist job. It’s an incredible job; it’s one of the ones where women get paid more than men. If you’re good at your job, you get to be very creative and it opens very many doors, like I did with my magazine, 25, and perfumes. You get quite a bit of a following and an impact on young women and girls. You can do something very positive with that. Nowadays, it’s not as glamorous as people think. But it can open your mind to many, many things.”

The blonde also talked about her new fragrance, called “Original by Anja Rubik”. She describes the inspiration behind the name. “With magazines and TV and social media, it’s all about how to be, how to look, what to say, and it’s so easy to lose yourself. I thought it would be incredible to inspire young women to find their own originality and thoughts, for them to create their own world and go back to their roots.”

Anja is not the only model who considers themselves a feminist. Cara Delevingne, Cameron Russell and Jennie Runk are all women who have spoken about their personal beliefs. 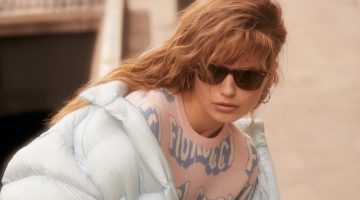 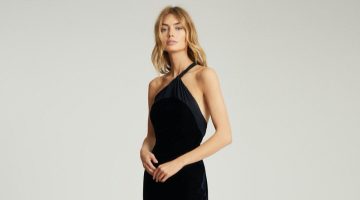