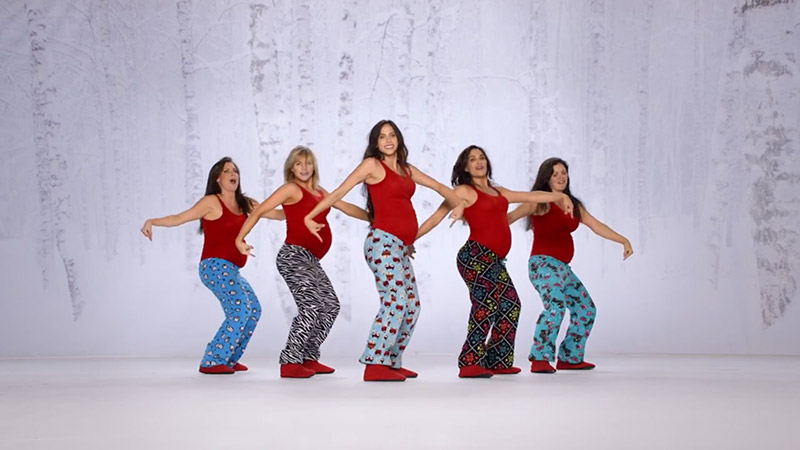 After last year’s holiday campaign from Kmart featured men shaking their stuff in Joe Boxer, the retailer has launched a new “Jingle Bellies” initiative. First, it featured men “playing” drums on their stomachs, and now they have one where five pregnant women are dancing (quite aggressively, if we might add) to the tunes of “Santa Baby”. It’s kind of hilarious. By the way, in case you wondering if the women are faking being pregnant, Kmart has confirmed that they really are expecting babies.