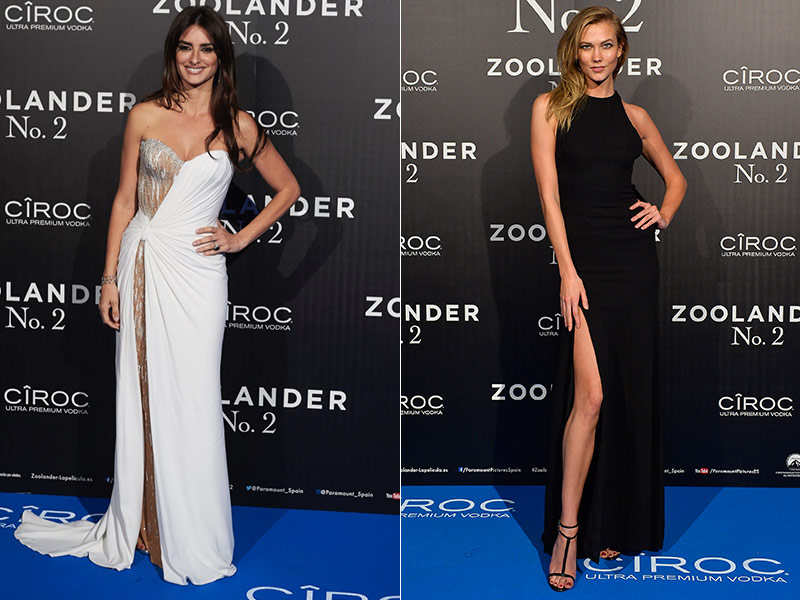 ‘Zoolander 2’ star Penelope Cruz hit the red carpet for the Madrid, Spain, premiere of her new film. Penelope was joined by model Karlie Kloss who makes a cameo in the movie. At the event, Penelope dazzled in a white and strapless Atelier Versace gown while Karlie kept it minimal in a black Carolina Herrera gown.

On February 2nd, the film premiere in Belrin, Germany. Penelope showed off another designer look in a green Balmain minidress. Her co-star Kristen Wiig joined her on the red carpet in a Rosie Assoulin dress embellished with Swarovski crystals.

The highly anticipated film ‘Zoolander 2’ stars Penelope Cruz as Valentina. Cruz joins Ben Stiller, Owen Wilson, Kristen Wiig and Will Ferrell for the comedy which spoofs the fashion and modeling industry. Check out posters from the upcoming movie.