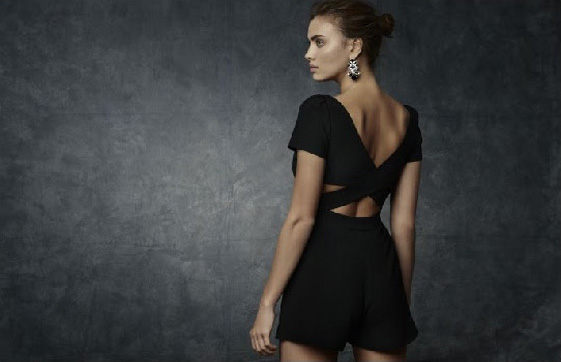 Set to be released on October 29th, SUITEBLANCO has shared some teasers of its upcoming winter 2014 campaign which stars Irina Shayk. The Russian model trades in her normally sultry looks for holiday dresses including glittering tops and styles in a dark color palette. We’ll update once more images are released. 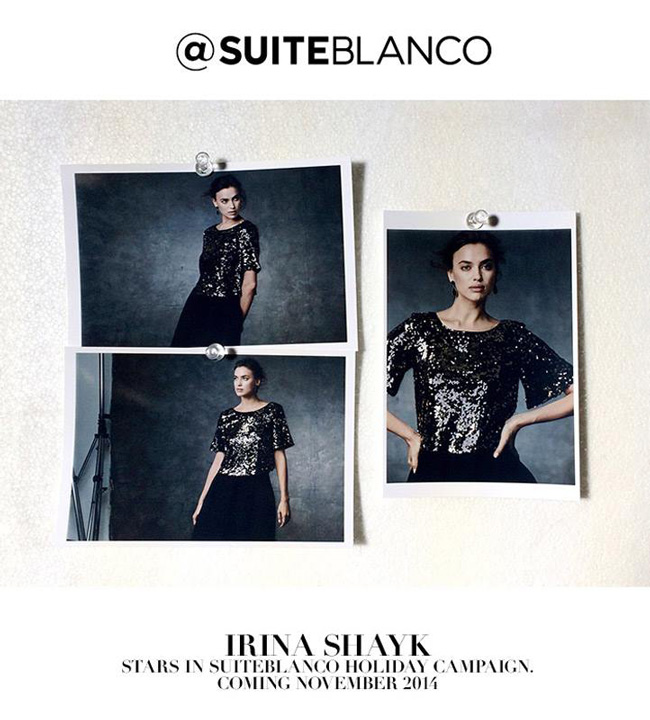