You are here: Home / Fashion / Campaign / Pradasphere: Explore the Brand’s Campaigns from 1987 to Today 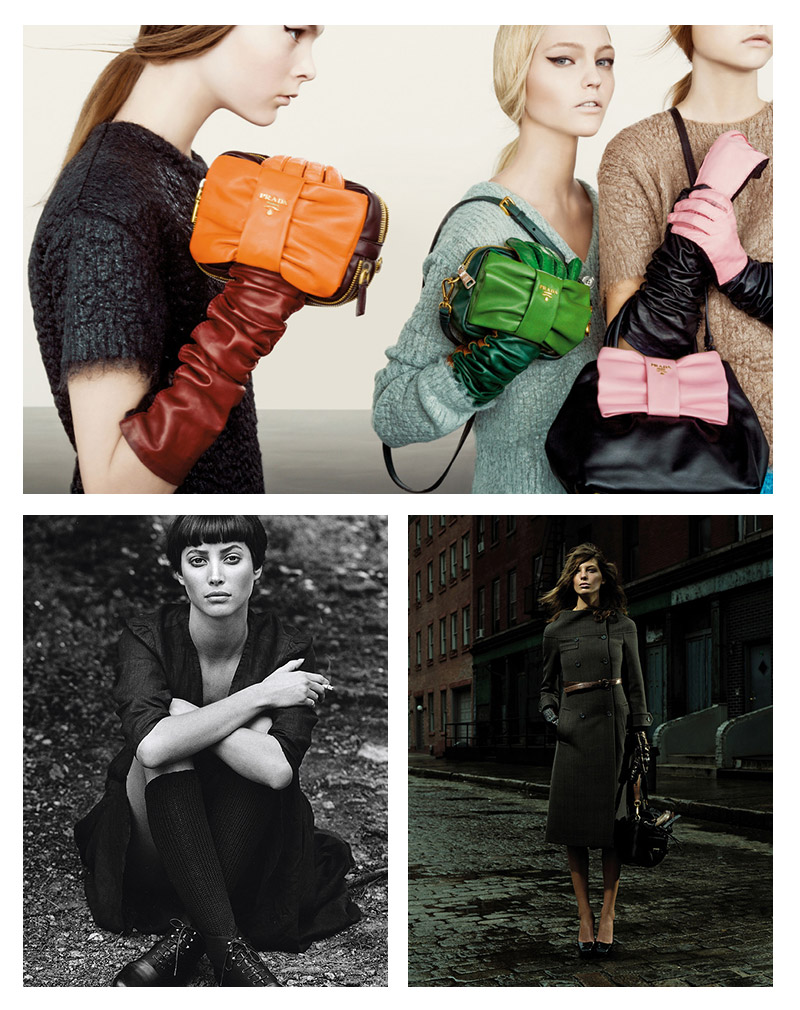 Prada’s Campaign Retrospective–Last month, Prada held an exhibit featuring its past collections and campaigns at Harrods in London. Called Pradasphere (see the Pradaspehere campaign with Amanda Murphy), the exhibit which can be seen online as well takes a look at advertisements throughout the years starting with the late 1980s and going up until its current collection. Take a look at the campaigns below featuring models like Christy Turlington, Sasha Pivovarova, Daria Werbowy, Natasha Poly and more.