You are here: Home / Fashion / Campaign / Mica Arganaraz is the Star of Prada’s Fall 2014 Campaign 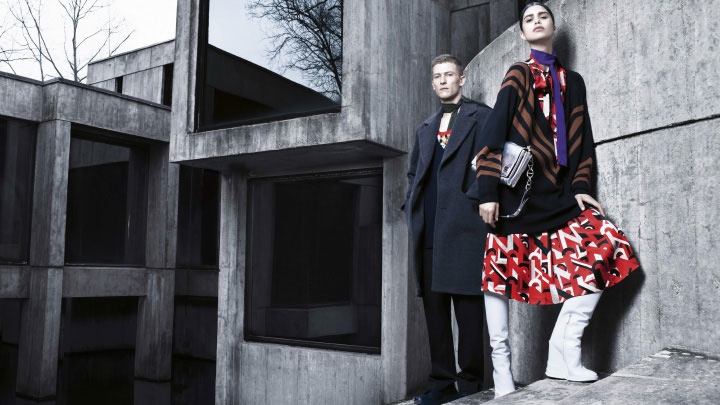 Prada’s Fall Campaign Lands–Rising star Mica Arganaraz has been chosen as the face of Prada’s fall-winter 2014 campaign. Barring resort and pre-fall seasons, this is the first time Prada has had an only girl campaign since spring 2010 with Rasa Zukauskaite. Steven Meisel (who was recently tapped for Pirelli’s 2015 calendar) photographed the advertisements in New York against a backdrop of cool and modern architecture–a contrast to the season’s colorful designs. Male model Karl Kolbitz also joined Mica for the images. 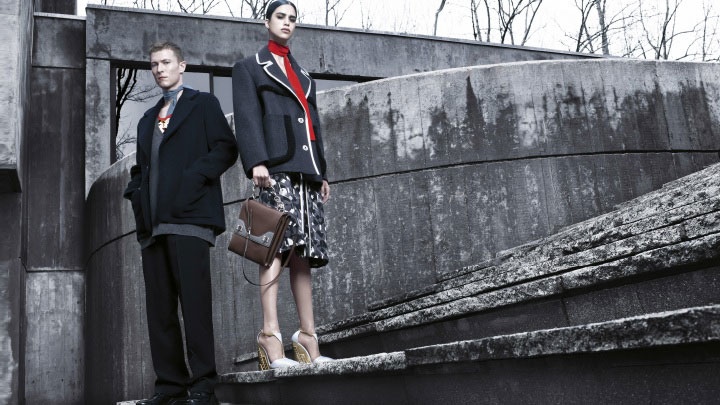 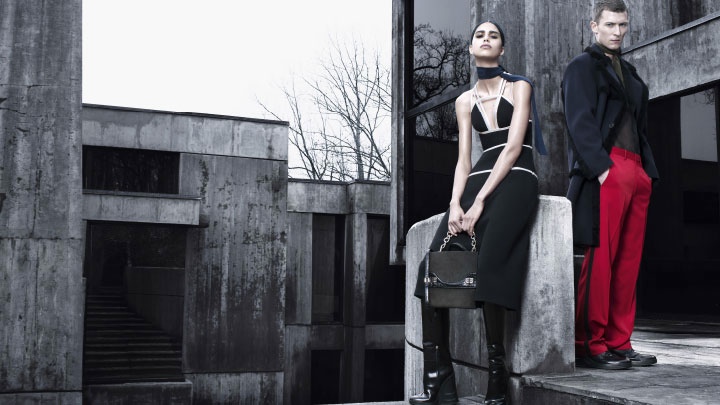 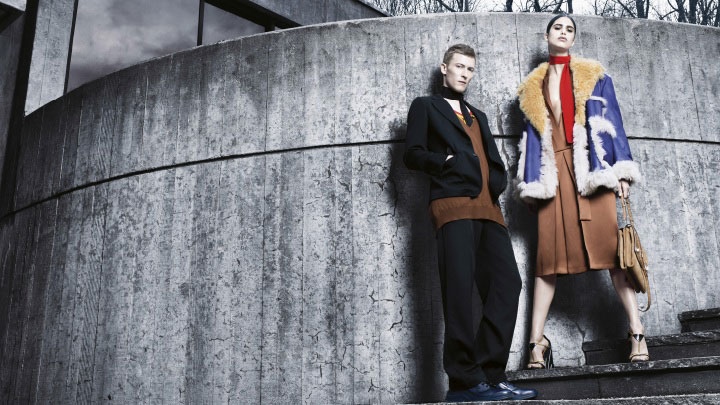 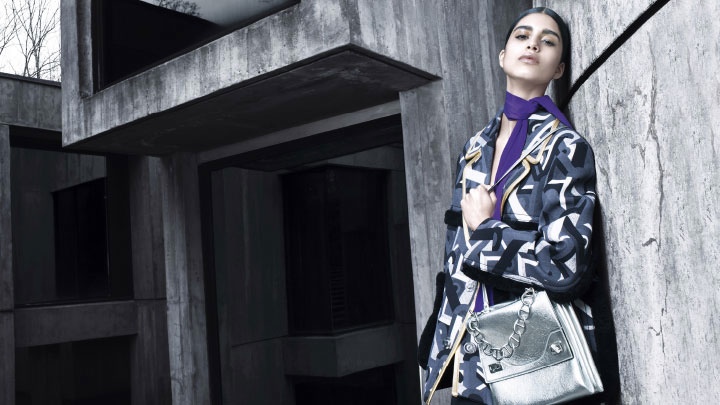 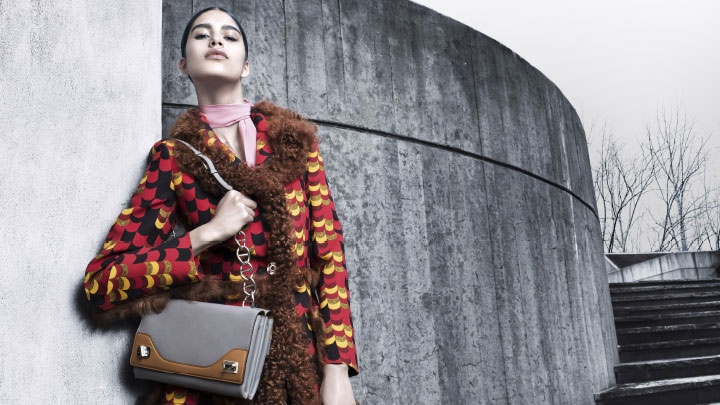