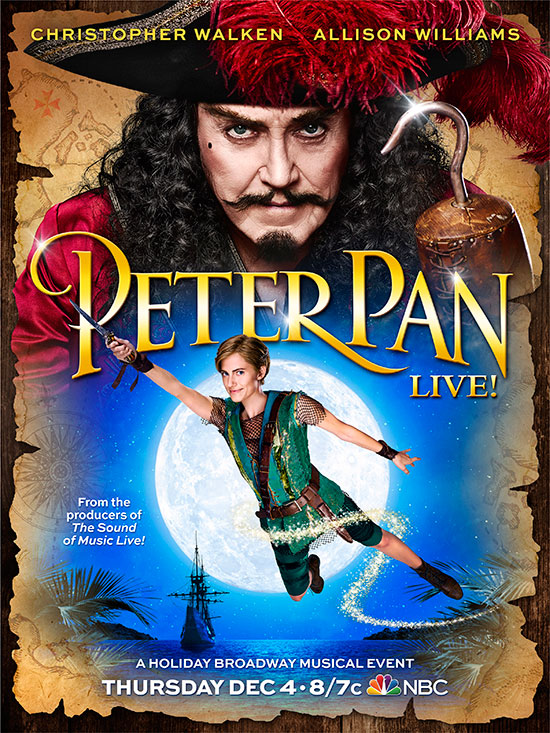 Peter Pan Musical Poster–After a first look at Allison Williams in character as Peter Pan, check out the new poster from the upcoming live musical set to debut on NBC on December 4th. Williams stars alongside Christopher Walken who plays Captain Hook. You can also see a few promotional images from the production below. 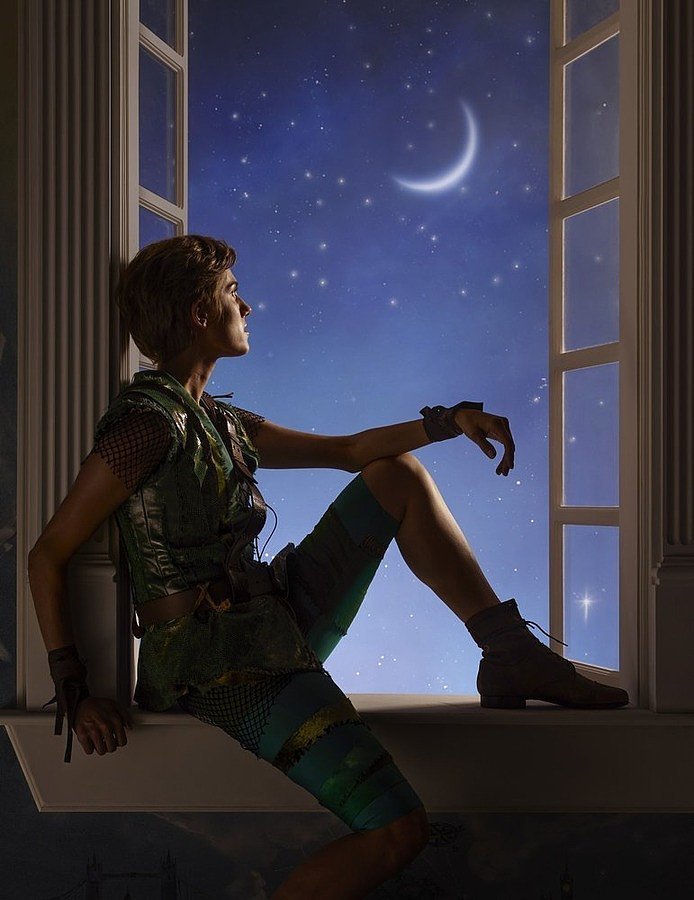 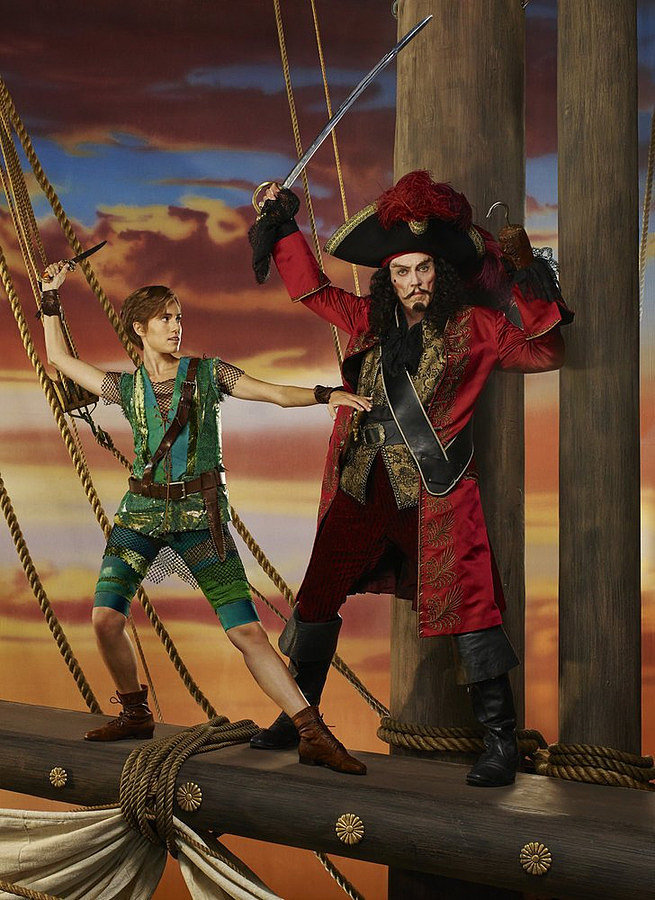