You are here: Home / Photo Shoots / ‘Star Wars’ Actress Daisy Ridley Gets Her Closeup for Interview

Actress Daisy Ridley stars in the November 2015 issue of Interview Magazine for a series of striking black and white portraits. Daisy will appear in her breakout role as Rey in the upcoming ‘Star Wars: The Force Awakens’, set to hit theaters this December.

In the magazine, Daisy poses for Christian MacDonald in cutting-edge looks styled by Migel Enamorado that have a futuristic, sci-fi vibe much like the ‘Star Wars’ series.

In the accompanying Q&A with Carrie Fisher who plays Princess Leia in the original films, Fisher asks Daisy about preparing for her role and she says, “Yeah. I liked Star Wars, but I wasn’t an überfan like many people are. Which I didn’t realize, actually, until this year. I don’t know if I can prepare for what’s to come because I don’t know what will.” 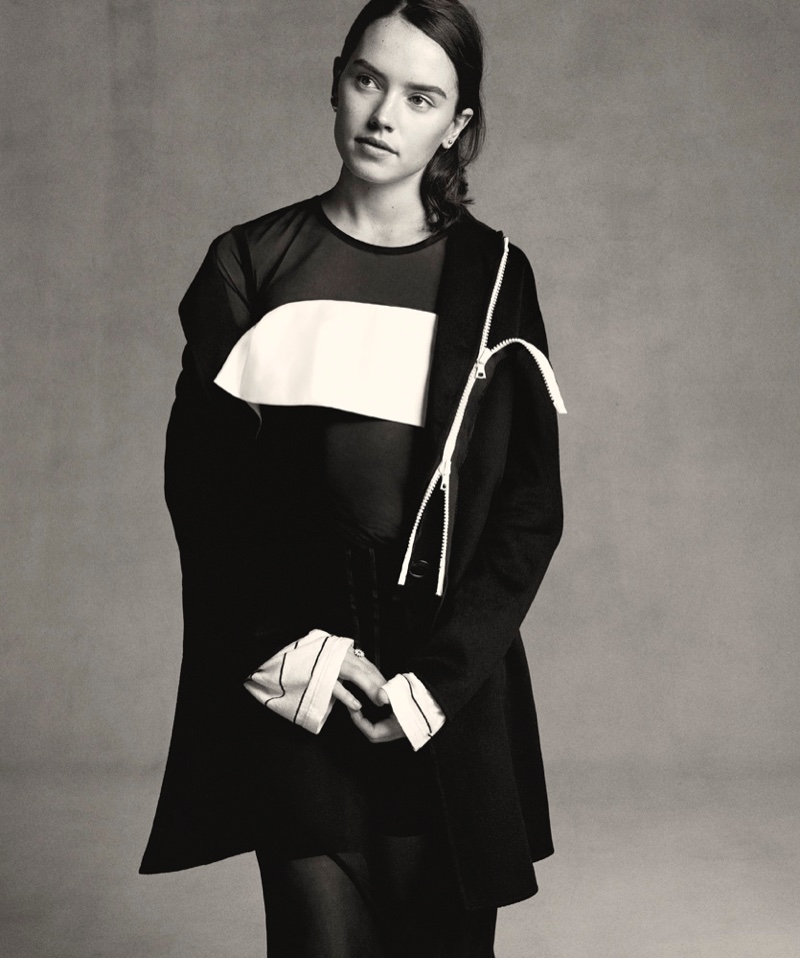 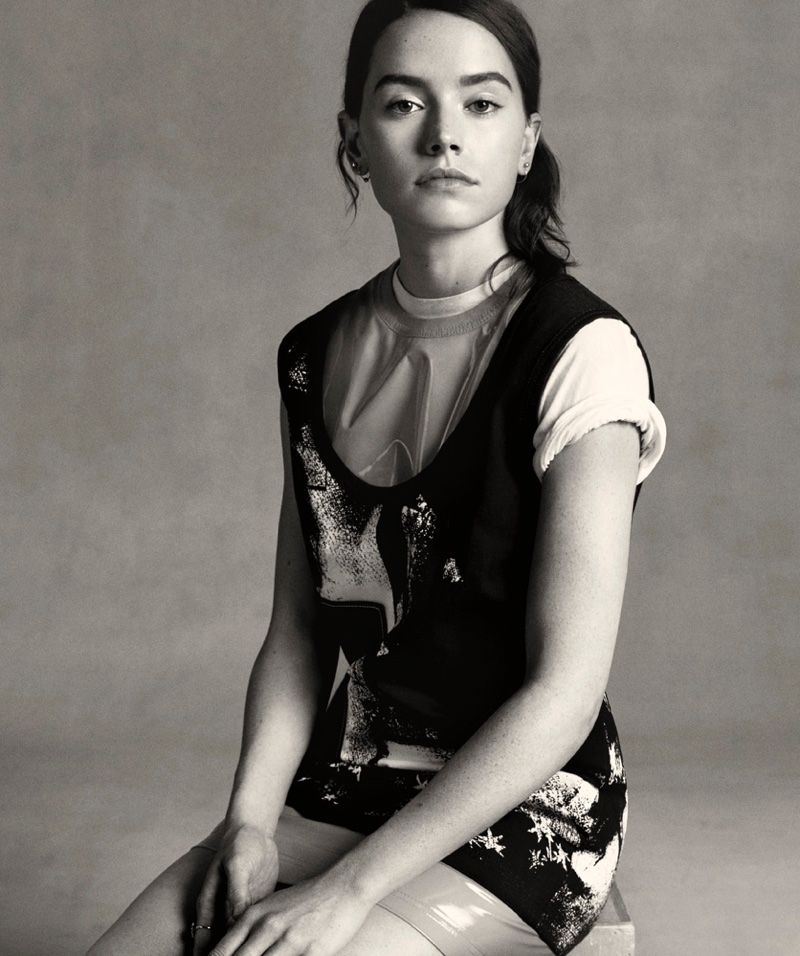