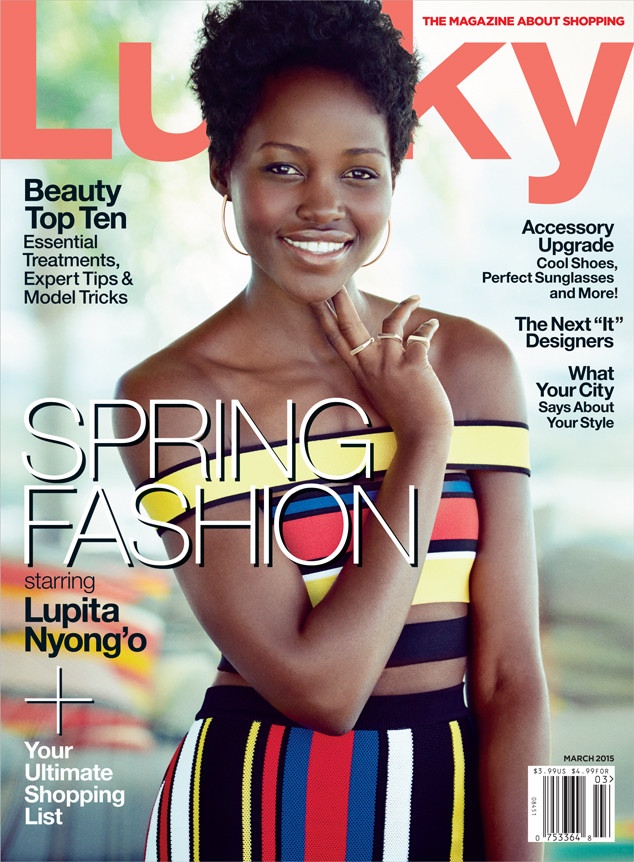 Oscar-winning actress Lupita Nyong’o is the March 2015 cover star of Lucky Magazine, wearing a new hairstyle as well as a striped look from Balmain on the cover. Inside the magazine, Lupita looks as glamourous as ever in images captured by Patrick Demarchelier. 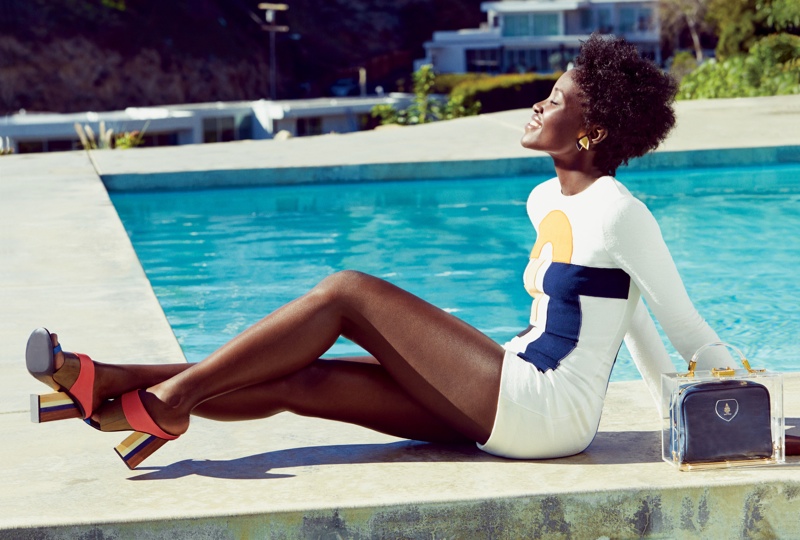 For the interview, Lupita talked about the pitfalls of fame. “The not-so-fun part of all this is that when I don’t feel like being famous, I still am,” she told the magazine. “When you’re in the middle of Manhattan and you have to pop into Starbucks to use the restroom and everyone recognizes you when you’re waiting in line, it’s awkward.” 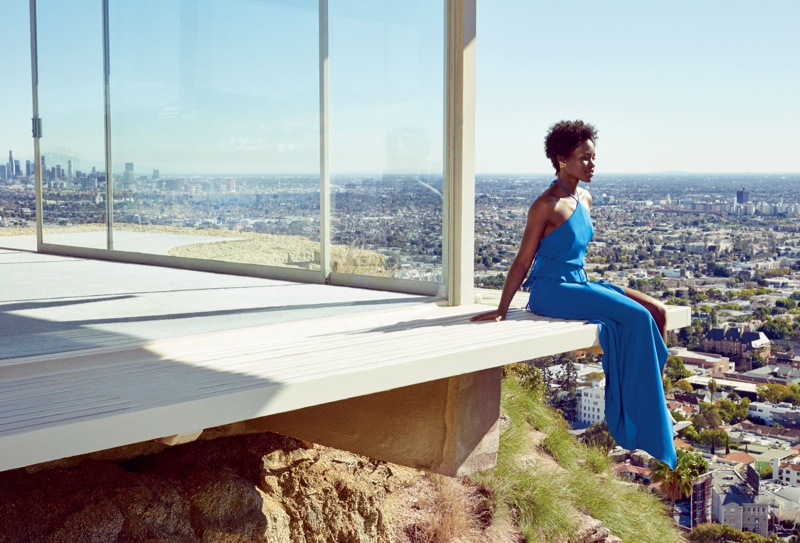