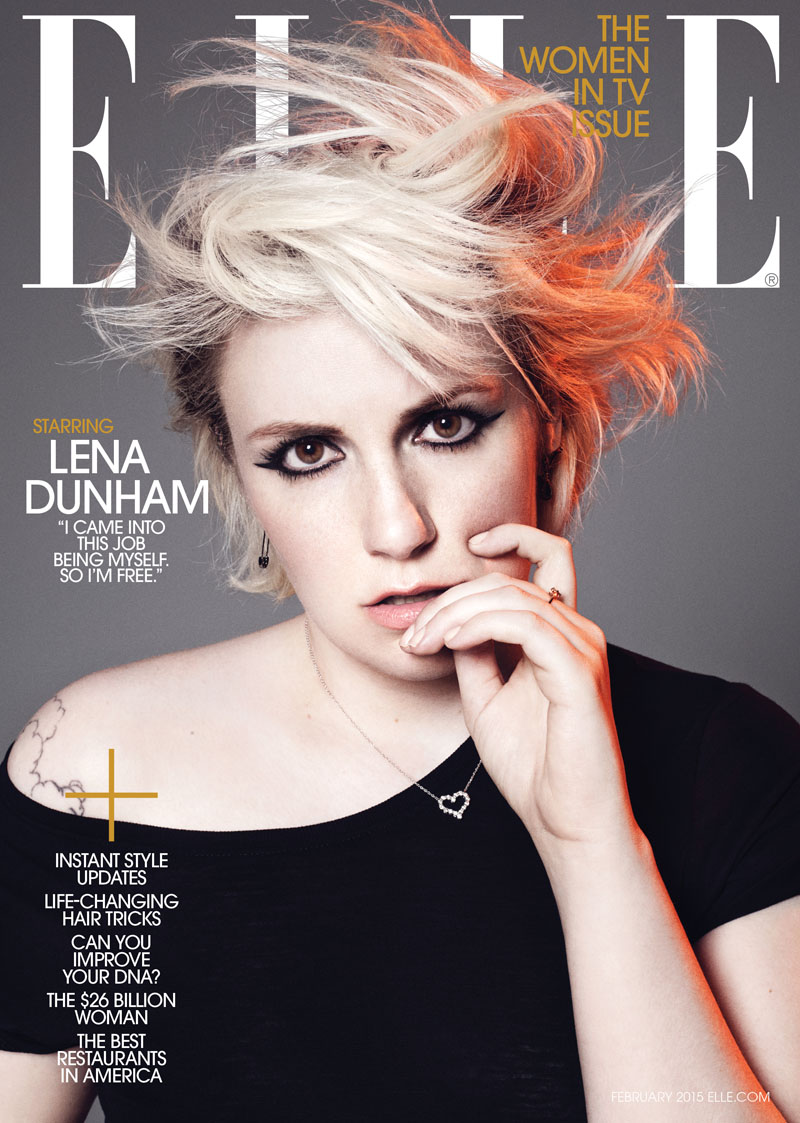 “Girls” star Lena Dunham graces the February 2015 cover from ELLE US with her blonde locks in messy 1980s inspired hairdo. Photographed by Paola Kudacki, the actress wears looks from Saint Laurent, Dolce & Gabbana and more from the photo shoot where she rocks a color palette of black and red.

In her interview, Lena opens up about using her public platform to talk about important things. “I realized early on that I was not going to be able to have a comfortable relationship with celebrity if I didn’t feel like I was using it to talk about things that were important to me. It was always going to make me feel gross, for lack of a better word. I was like, ‘Oh, this attention is something I’m going to figure out how to use in a way that feels productive, healthy, and smart. And not just like as an excuse to collect handbags.’ Although,” she pauses, “I love handbags.” 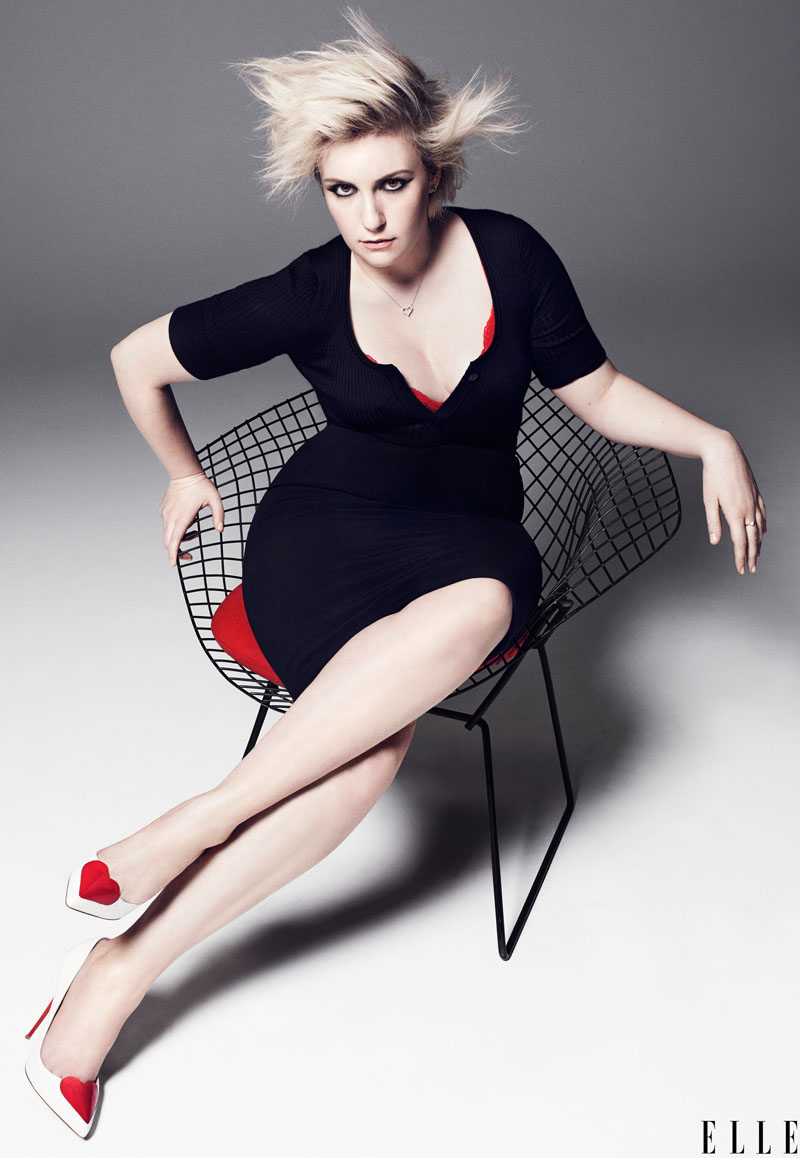