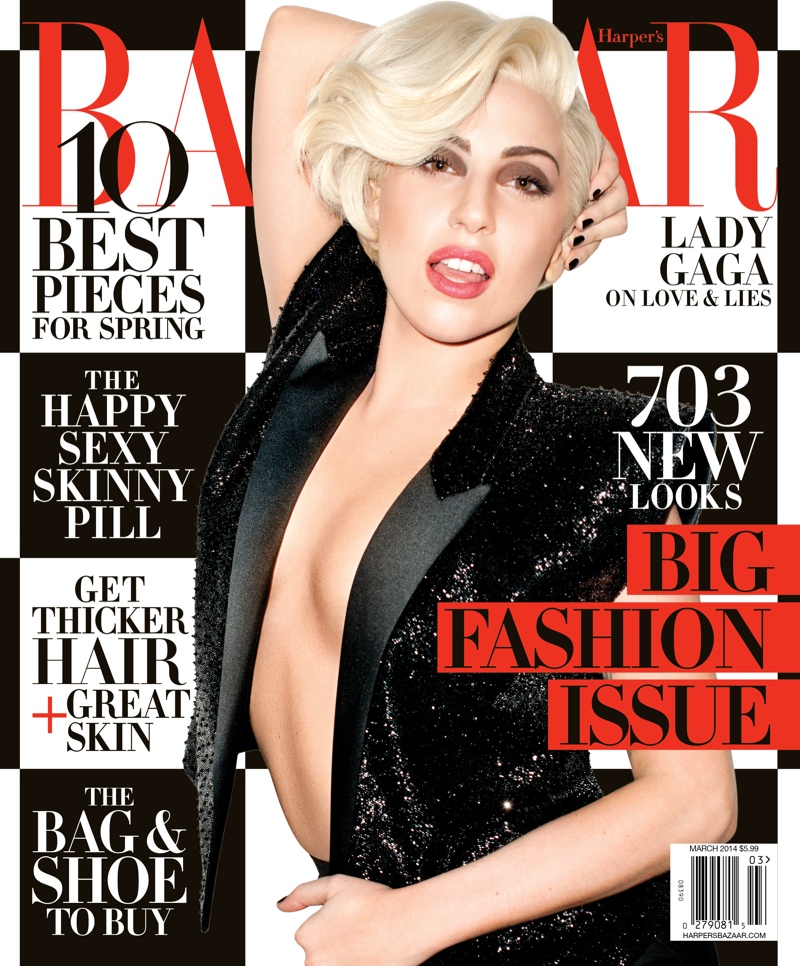 Gaga on Bazaar–Pop star Lady Gaga lands on the March cover of Harper’s Bazaar US, wearing a look from Saint Laurent by Hedi Slimane. The singer and face of Versace poses for long time collaborator Terry Richardson for the cover story. Inside the new issue, Gaga opens up about her legacy, issues with food and depression. March’s Bazaar hits stores in the US on February 18th.

On how she thinks people in the future will think about fashion now:
LG: I’m not sure. I imagine that there will be a revival of some of these aesthetics—the more bold ones. Those who have watered down themselves for “sale” might make money now, but they are shortchanging their legend. I always think to myself, How do I want
to be remembered? I don’t want to be remembered as anything but brave. The only good intention to make money is to help others. I want to be Oprah. I want to be Melinda Gates. If I ever sell products other than my talents, then it will be to give more to others.

The biggest thing she has learned about herself so far:
LG: I became very depressed at the end of 2013. I was exhausted fighting people off. I couldn’t even feel my own heartbeat. I was angry, cynical, and had this deep sadness like an anchor dragging everywhere I go. I just didn’t feel like fighting anymore. I didn’t feel like standing up for myself one more time—to one more person who lied to me. But January 1, I woke up, started crying again, and I looked in the mirror and said, “I know you don’t want to fight. I know you think you can’t, but you’ve done this before. I know it hurts, but you won’t survive this depression.” I really felt like I was dying—my light completely out. I said to myself, “Whatever is left in there, even just one light molecule, you will find it and make it multiply. You have to for you. You have to for your music. You have to for your fans and your family.” Depression doesn’t take away your talents—it just makes them harder to find. But I always find it. I learned that my sadness never destroyed what was great about me. You just have to go back to that greatness, find that one little light that’s left. I’m lucky I found one little glimmer stored away. 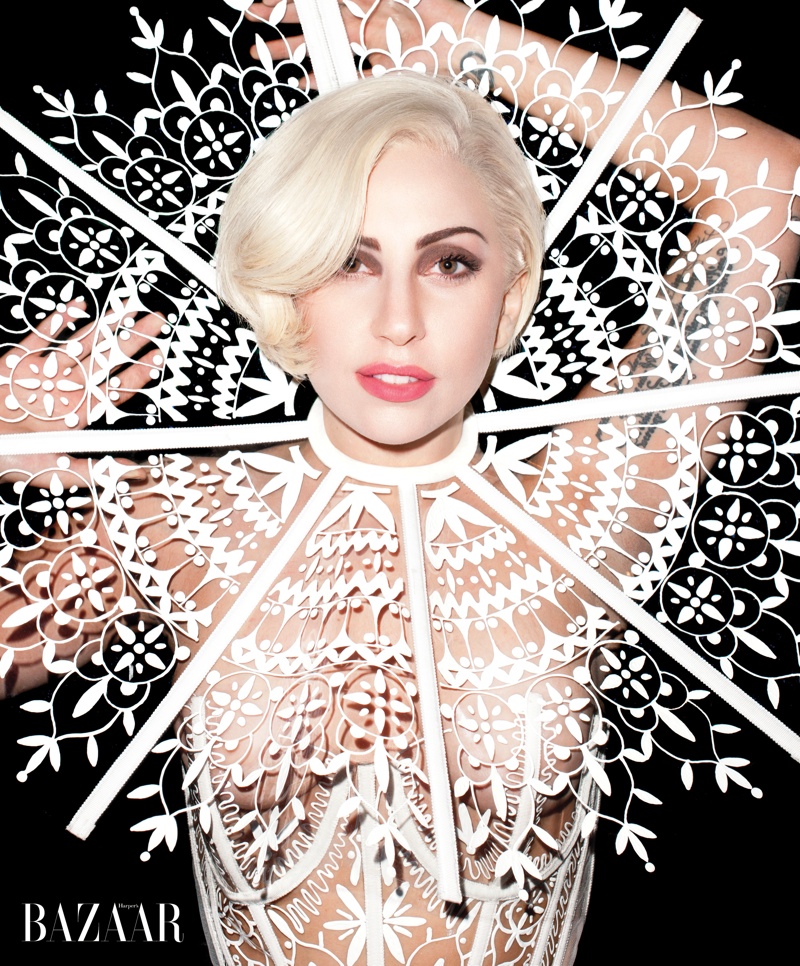 On what she is better at now than when she was younger:
LG: I am better with food. I don’t have an eating disorder anymore. I’m also better at not letting people take advantage of me. Five years ago, when I spotted someone with a hidden agenda, I allowed them to stay around me. I didn’t want to believe it. I thought if I ignored it, then they would eventually see me again—that I’m a human being and not a doll. But it doesn’t work that way. I speak up now. I realized that it’s my own fault that people take advantage. I should be around people who cherish my talents, my health, my time. I’m not a pawn for anyone’s future business. I’m an artist. I deserve better than to be loyal to people who only believe in me because I make money.