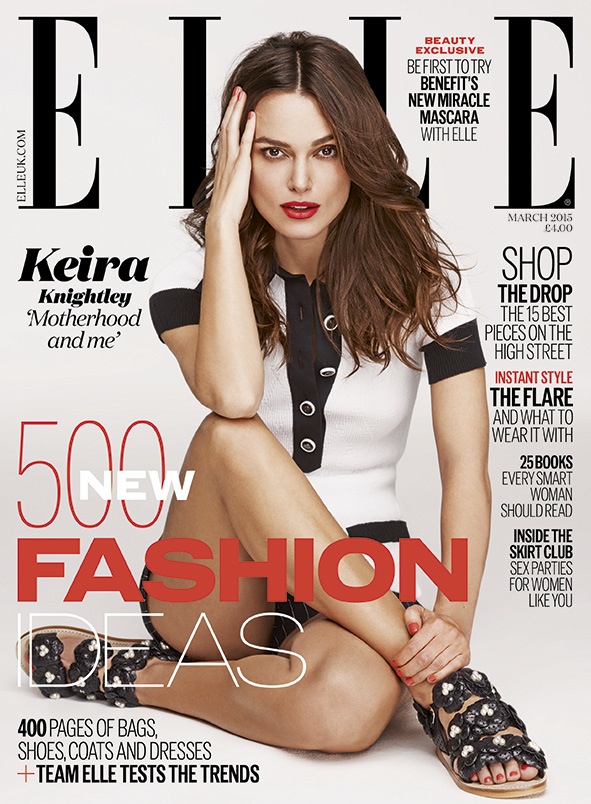 Actress Keira Knightley graces the March 2015 cover from ELLE UK, wearing shorts, sandals and a black and white top from Chanel photographed by Mariano Vivanco. Besides posing for an accompanying photo shoot, Keira talks about being the face of Chanel’s Coco Rouge line and also reveals her name is a misspelling. 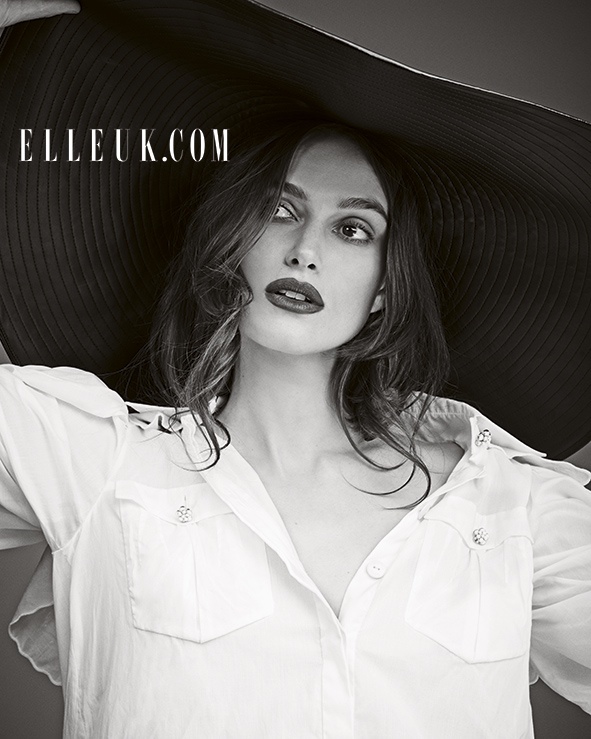 “I was meant to be named ‘Kiera’, after a Russian ice skater who was on the TV one day. My dad fancied her and nicked her name for me. But it was my mum who went to register my birth, and she accidentally spelled ‘ei’ instead of ‘ie’ because my mum’s crap at spelling,” she says. “Apparently, when she came back he said: “WHAT THE F*CK? You’ve spelt her name wrong!” What were they going to do, though? Once it’s on the piece of paper, it’s on the piece of paper. And that’s me. A spelling error.” 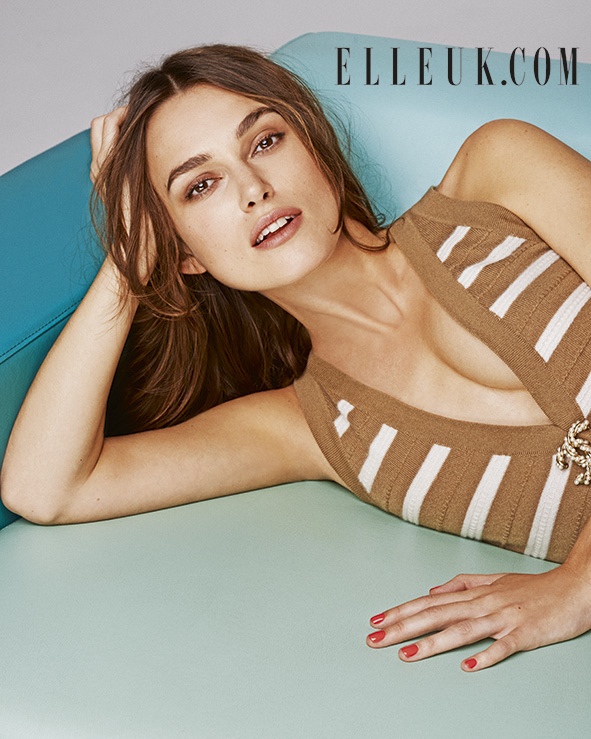