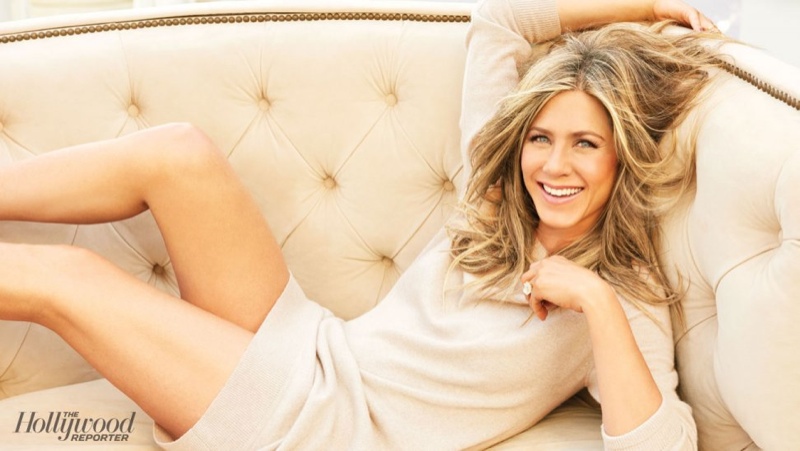 Actress Jennifer Aniston lands the January 20th, 2015, cover of The Hollywood Reporter, and the star looks all smiles as she flaunts her legs in heels and a sweater. Photographed by Ruven Afanador, the blonde seems to be in a jovial mood for the sun-drenched images. Just last week, the Oscar nominations were announced, and many thought that Jennifer would get a nomination due to her dramatic role in “Cake” (she got a Golden Globe nomination). However, she was considered “snubbed” by the press when her name was not announced in the lineup. 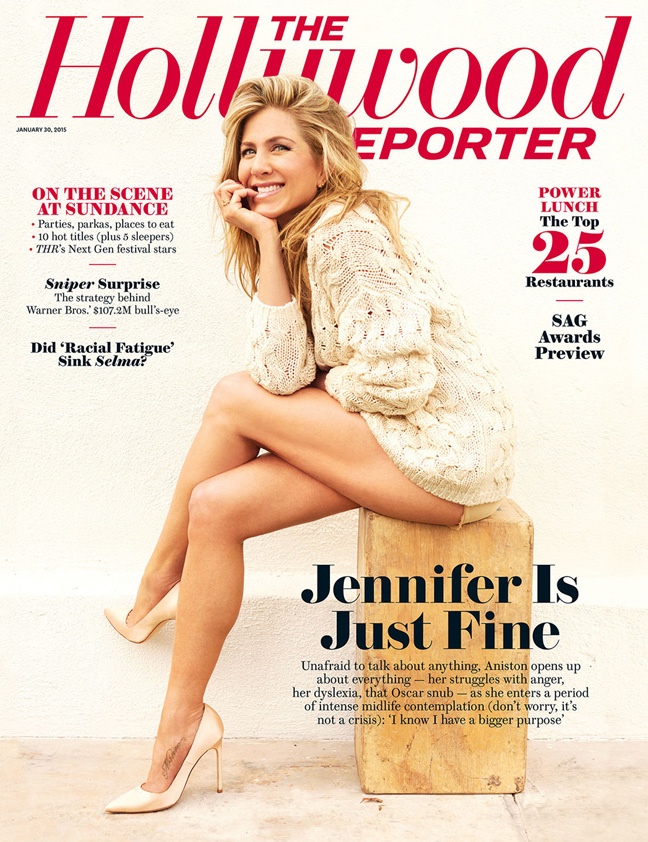 About the snub, Jennifer opens up. “I know a lot of people were sorry,” she tells the publication, one day after nominations. “I feel I’ve gotten such wonderful love — I had almost more phone calls and flowers than I did for any other nomination [in the past].” 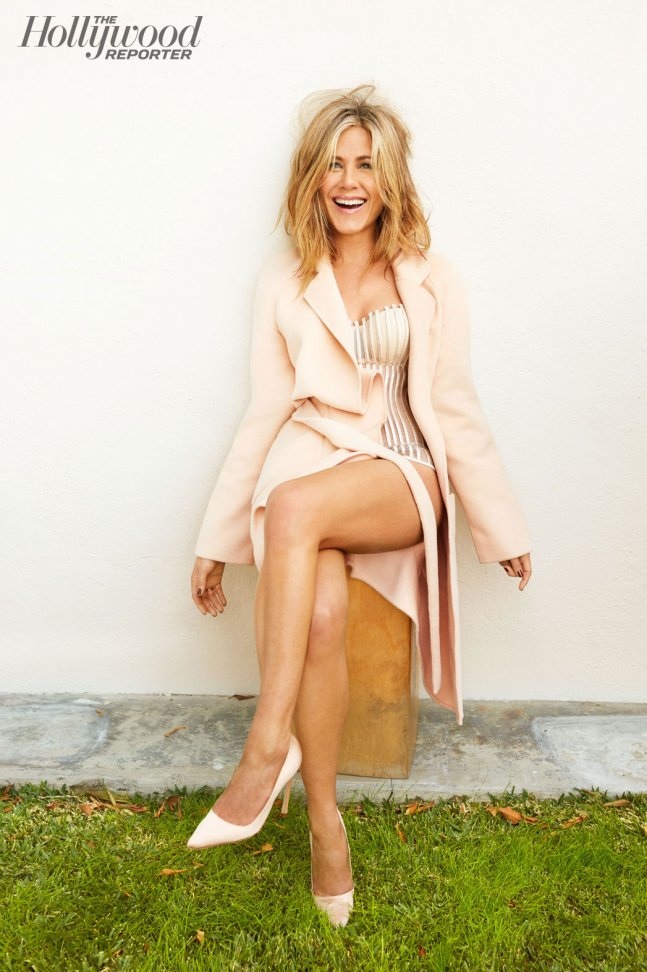 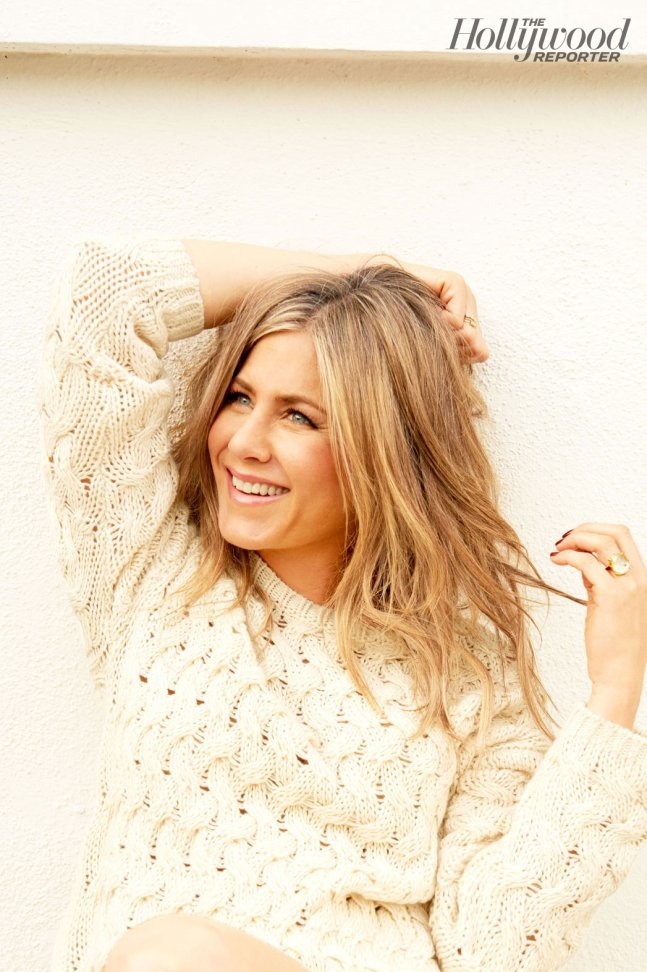