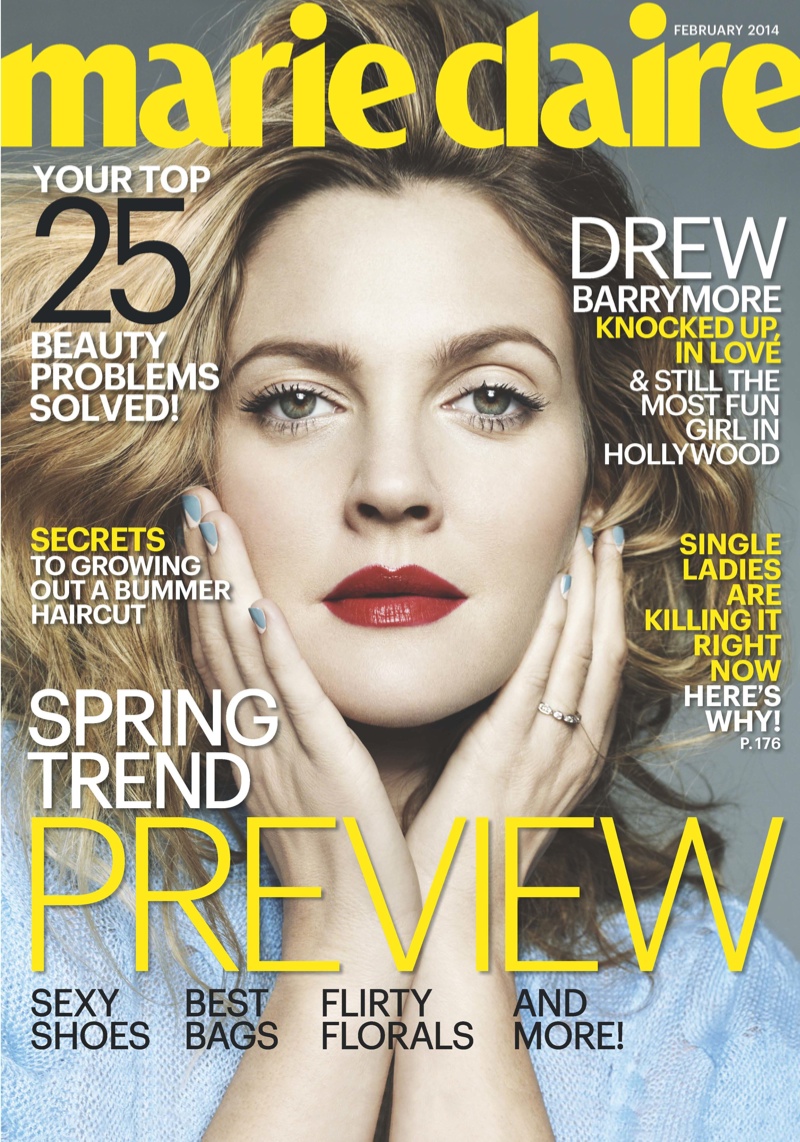 Drew on Marie Claire – Actress Drew Barrymore covers the February issue of Marie Claire US and opens up to the magazine about her family life and being a cosmetics mogul. Jan Welters captured Drew for the new issue which hits stands on February 14th. Check out some quotes from the interview below:

On the modern world:
“I’m so weary of the modern world. I’m not really of this era, so I’m struggling with that…I don’t want to talk about sex anymore. I used to be so open. But now people are like, ‘Let’s explore our sexuality!’ And I’m like, ‘Let’s not!’ I’m such a prude these days.”

On her childhood and teenage years:
“When I was a kid, everything was so unplanned, my parents were so erratic, and my world was so inconsistent…I was 14 when I moved into my own apartment. I was so scared. I didn’t know anything. I didn’t know you had to throw food out when it rotted in the fridge. I was convinced someone was going to crawl through my window. I would go to the Laundromat and sit there reading Anne Sexton, Sylvia Plath.” 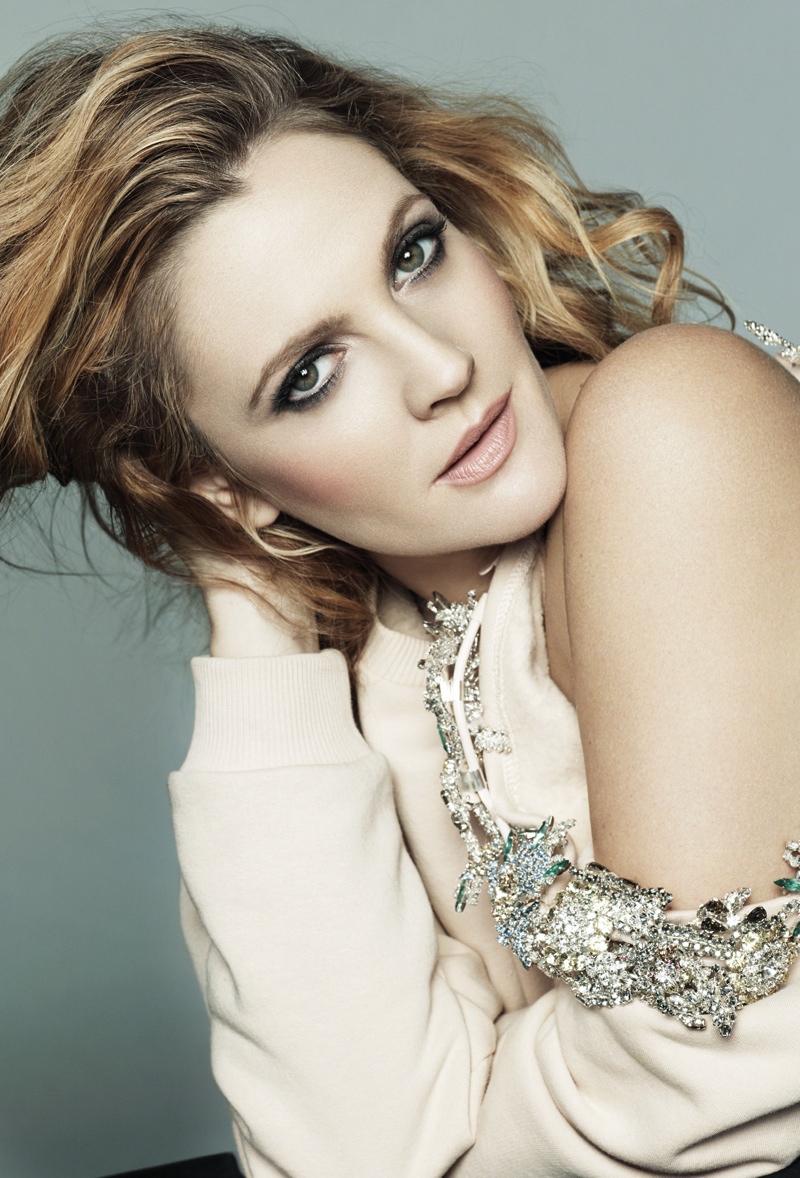 On her relationship with her mother, Jaid Barrymore:
“Ugh, I mean, my relationship with my mom is so complicated that…I’ve always been empathetic toward my mom, and I was even more so when I had a kid and we had a really amazing conversation about it. However, it hasn’t enabled me to lessen the distance. It’s the hardest subject in my life. I’ve never just been angry with her. I’ve always felt guilt and empathy and utter sensitivity. But we can’t really be in each other’s lives at this point.”