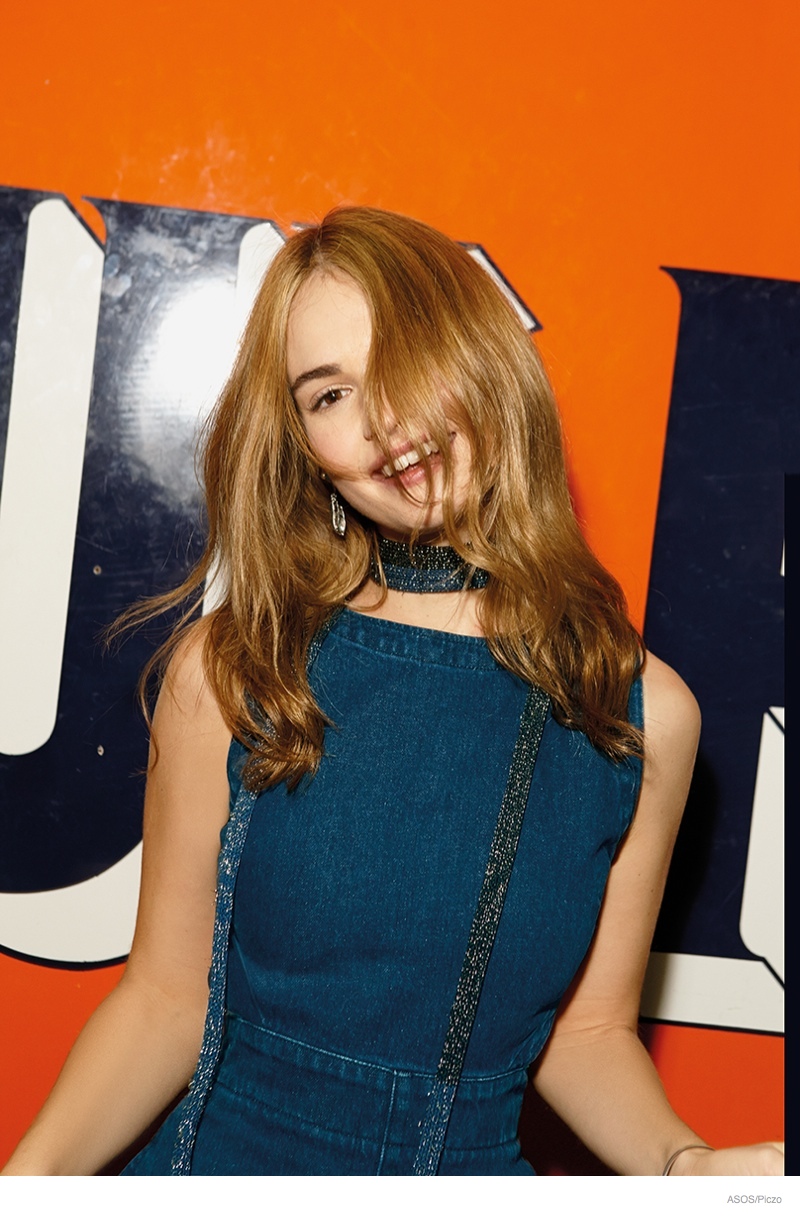 Playing the titular role of ‘Cinderella’ in the Disney film set to hit theaters this March, British actress Lily James covers the April 2015 issue of ASOS Magazine clad in a denim jumpsuit and skinny scarf. Photographed by Piczo, Lily looks to be having fun at a bowling alley in the colorful photo shoot. 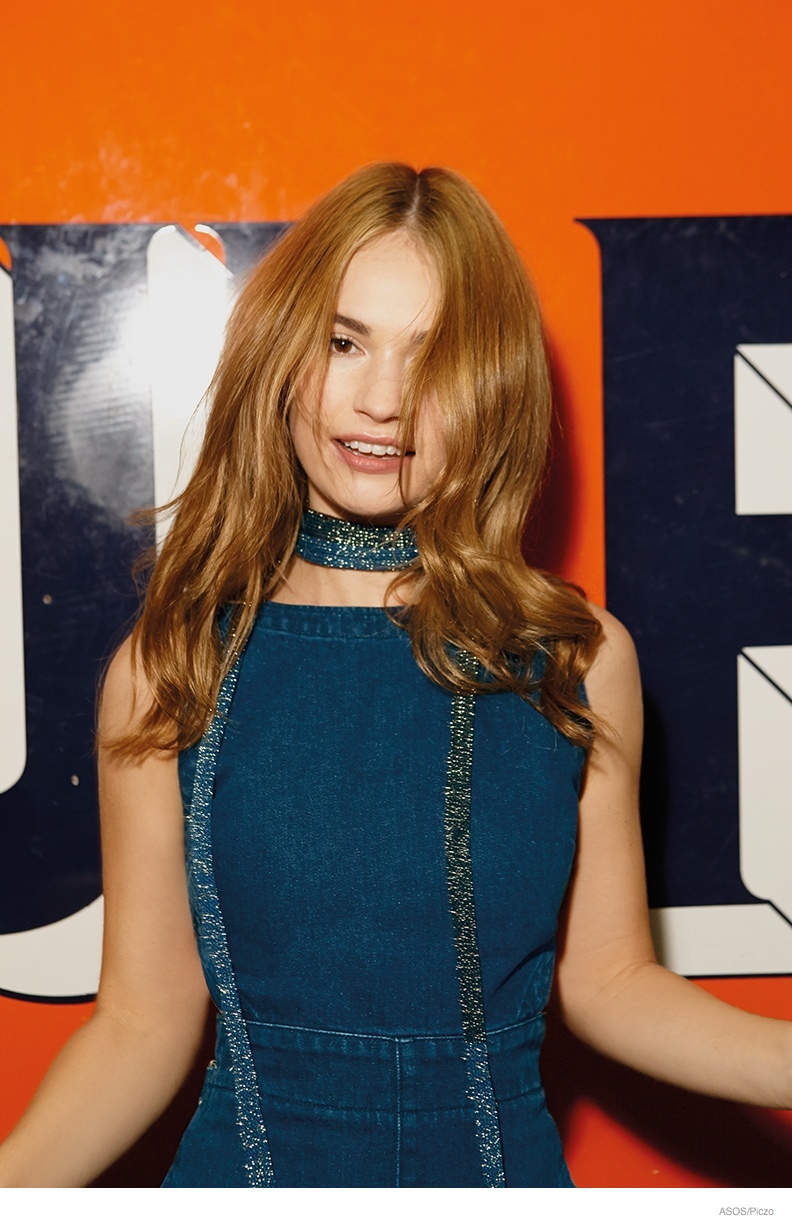 On her role in Cinderella:
“Playing a Disney princess is the most amazing, unbelievable thing…and on the other, its completely terrifying. I would say it’s a cocktail of every sort of emotion. Princesses are great role models.. they teach you about grief loss and have big hearts”.

On her BFFs Michelle Dockery and Laura Carmichael:
“I really love those girls… we hang out as much as we can off-set. We always go to the pub together.. and sort of live near each other- on Downtown… we’re always laughing”.

Front-row with Anna Wintour:
“I’d had a couple of drinks beforehand so I was pretty relaxed… she was so nice. She cracked a few jokes and pointed out dresses that she thought I could wear to the Cinderella premiere. Honestly, she was really cool”. 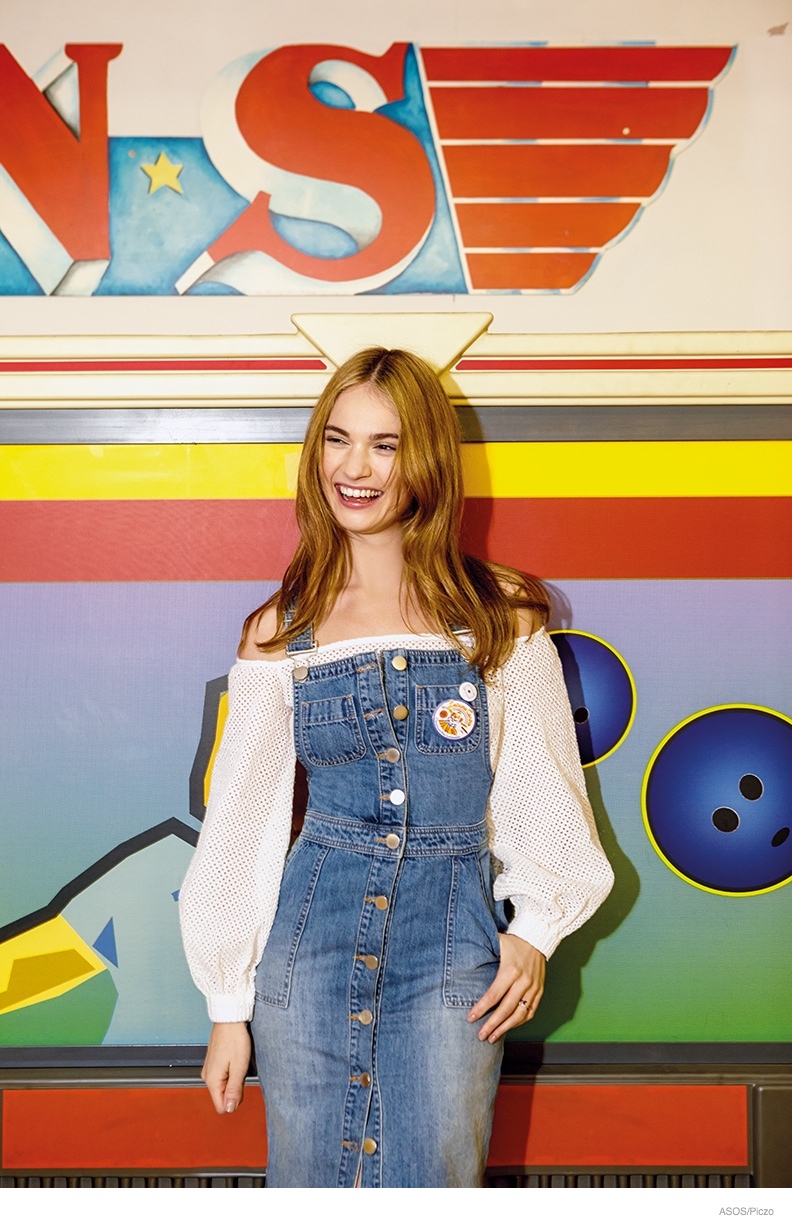 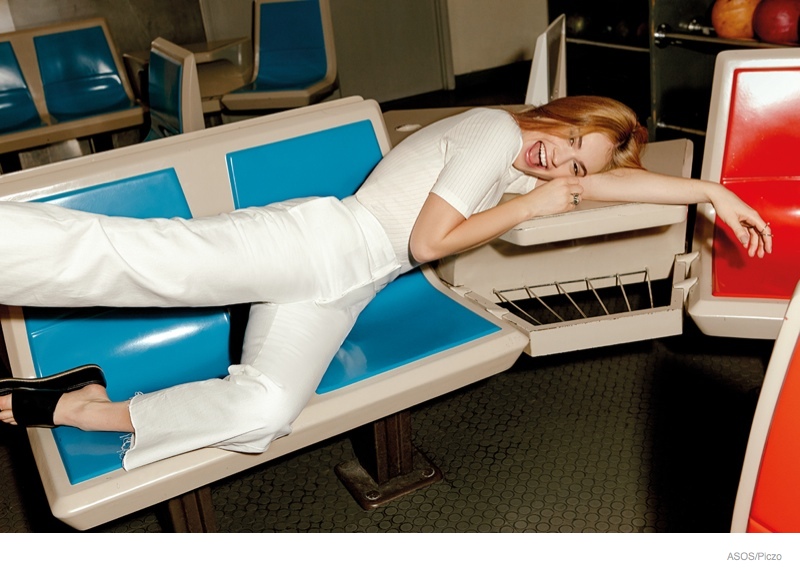 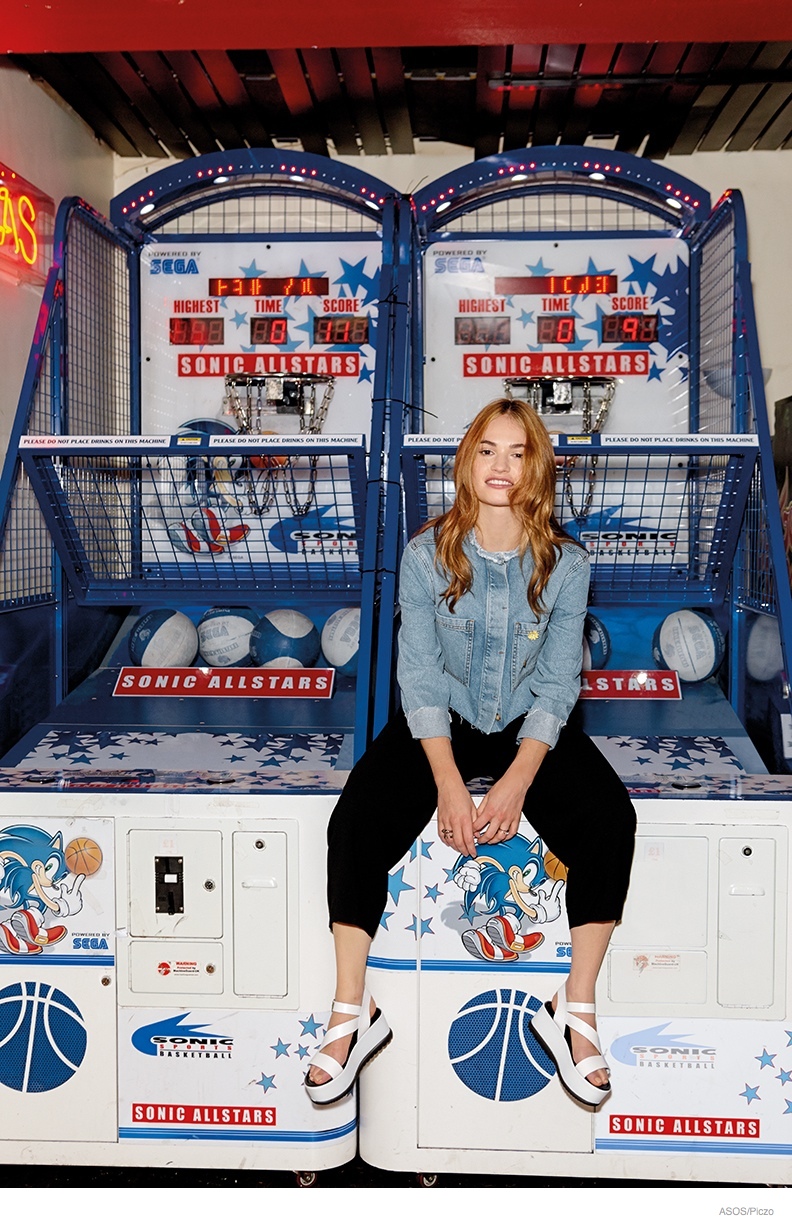 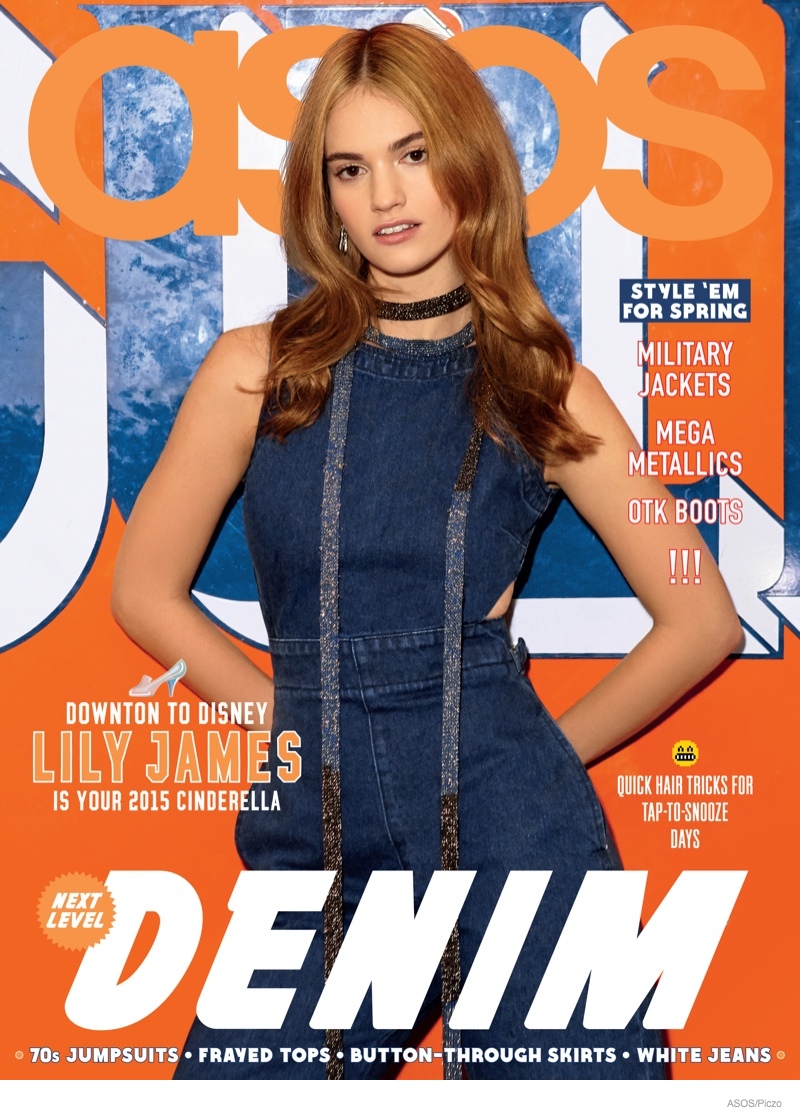