You are here: Home / Photo Shoots / Anna Kendrick Poses for The Edit in Ballet Inspired Fashions 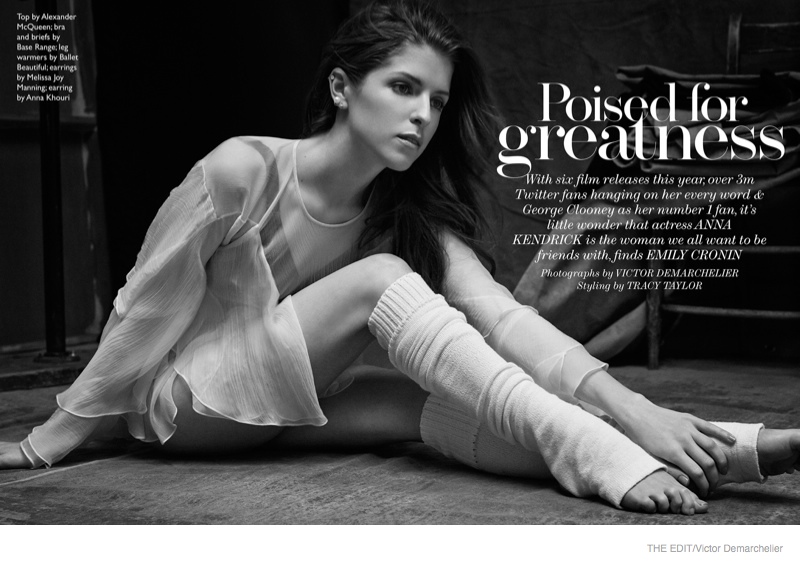 Actress Anna Kendrick is the February 12, 2015, cover star for The Edit from Net-a-Porter. In the photo shoot captured by Victor Demarchelier, the brunette wears ballet inspired fashions ranging from wrap cardigans to sheer and pleated skirts from the likes of Alexander McQueen and Bottega Veneta. In her interview, she talks about acting once she gets older. 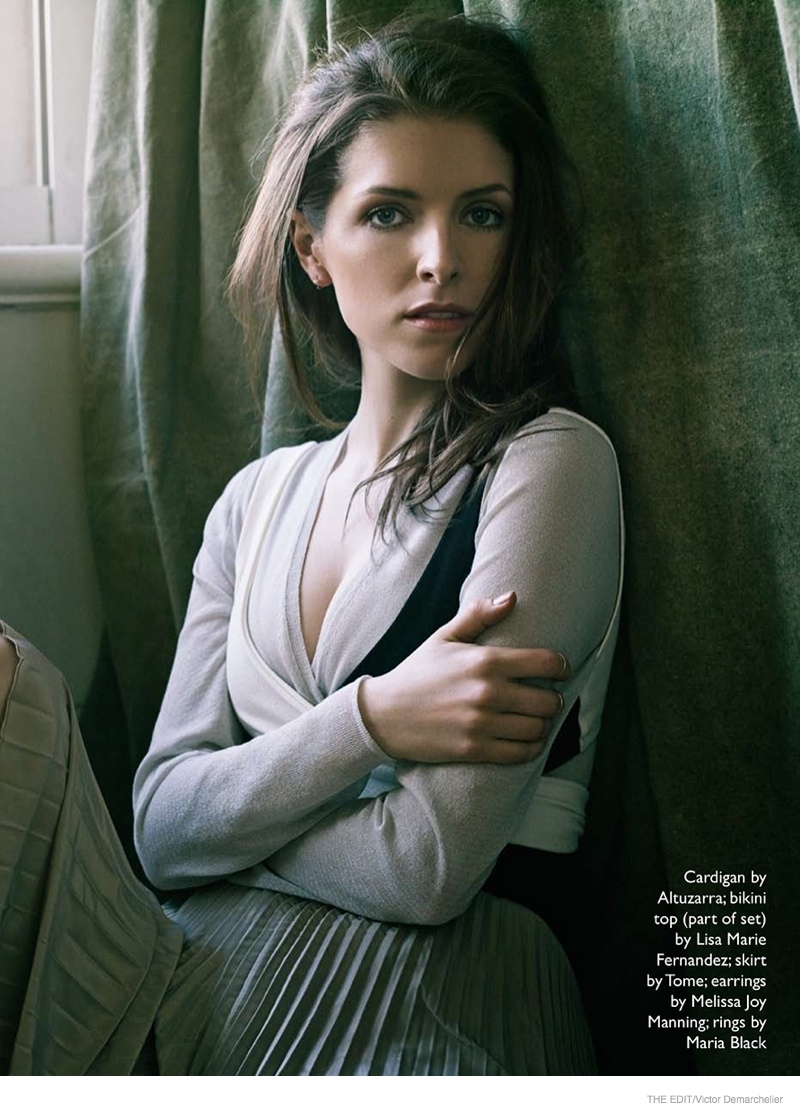 “I know that things will be more complicated as an older actress, in ways that I can’t anticipate, but I would really enjoy getting to the point where the reason I’m getting roles or not isn’t based on if somebody thinks I’m hot enough,” she says. “I feel like I’ve always been a character actress, and this is a blip in my career where I’m playing the ingénue. I’ll be a lot more comfortable and get excited when I’m playing women who aren’t supposed to be pretty.” 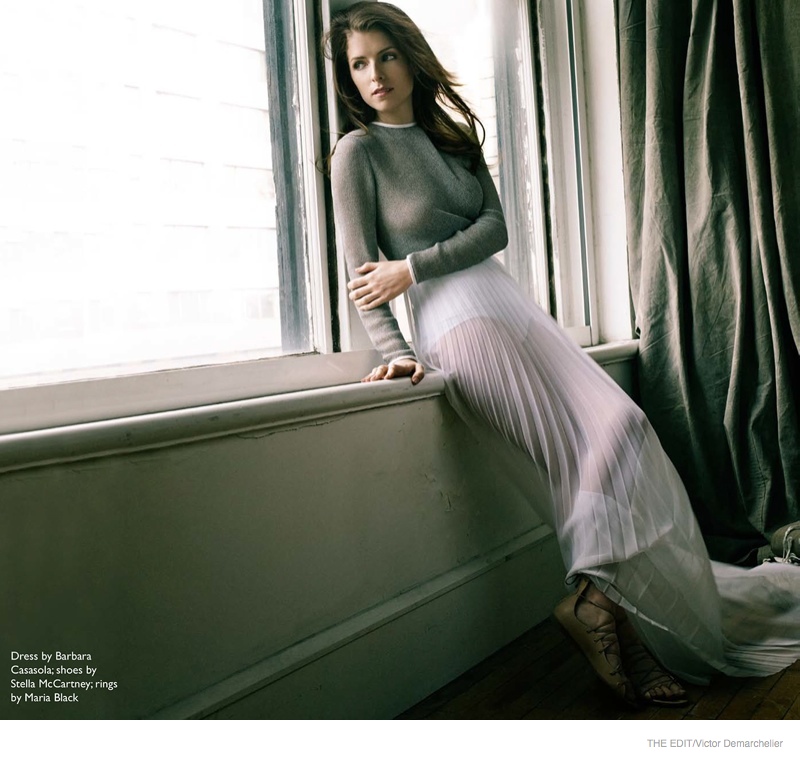 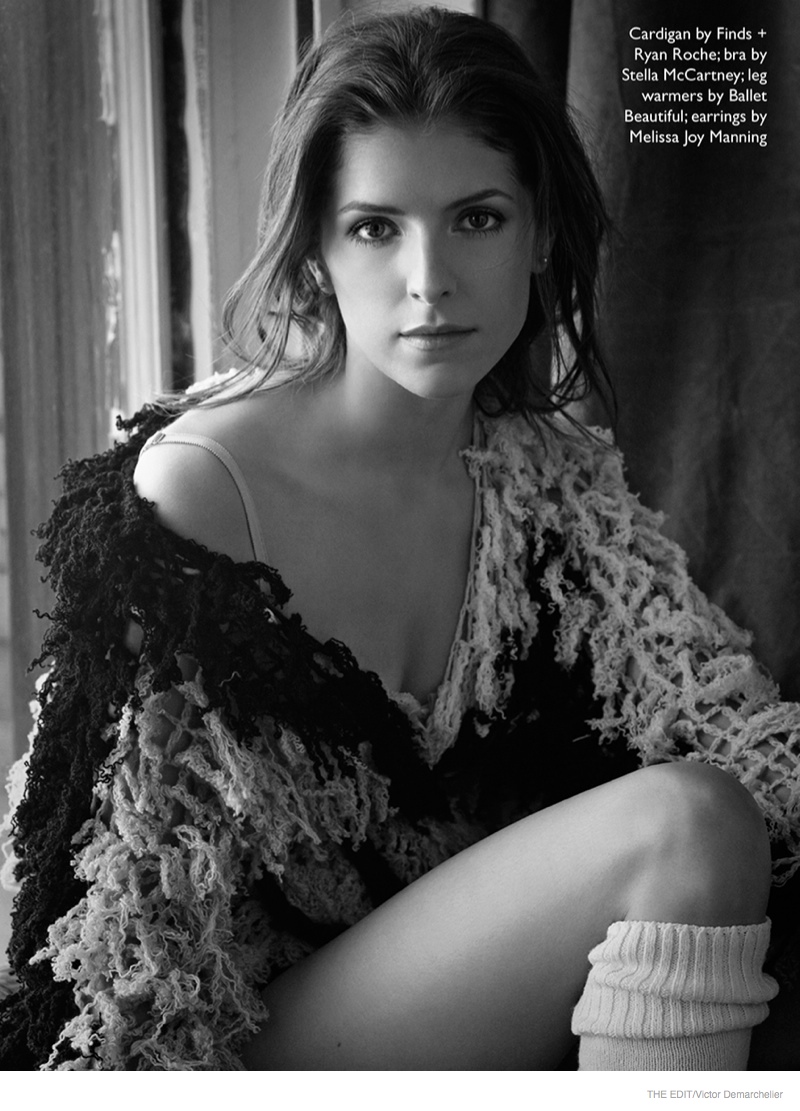 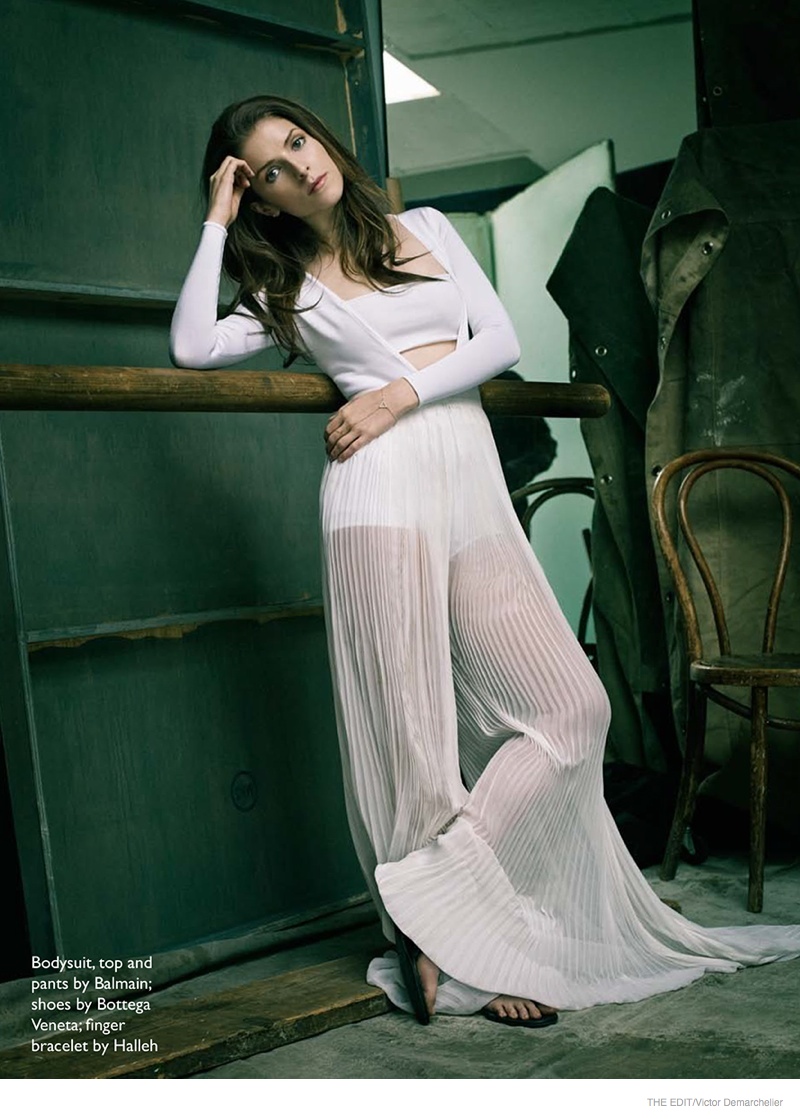 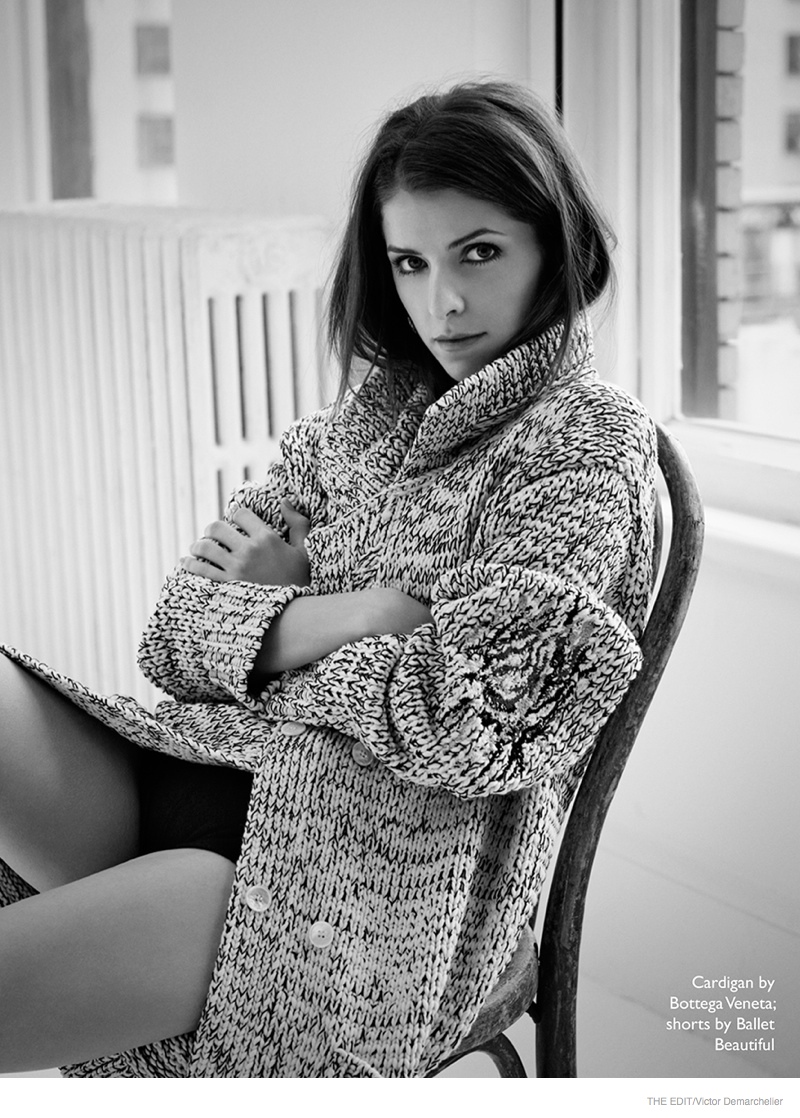