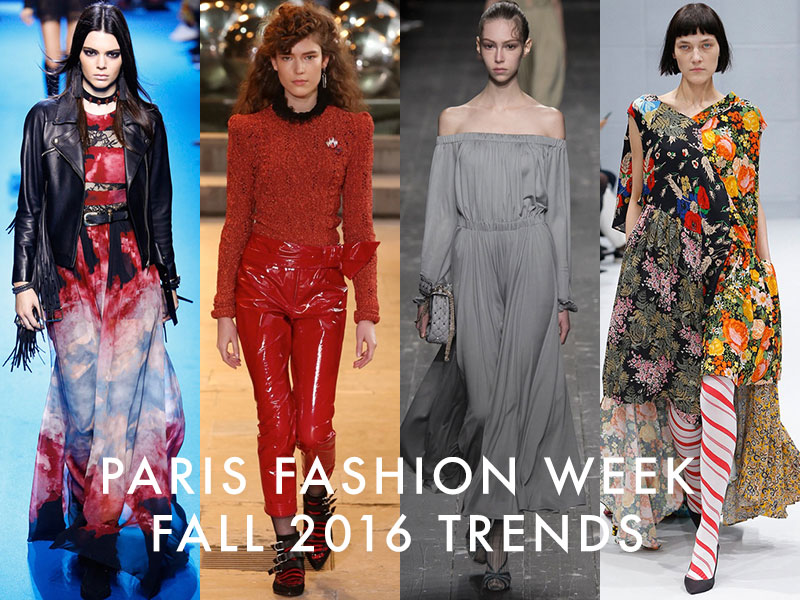 After four cities and four weeks, the last word for the fall-winter 2016 previews is left up to Paris, and the French collections had plenty to say. From the Parisian cool of Isabel Marant to Chanel’s timeless tweeds, we found four trends that are sure to be everywhere next season. See what looks you can wear now in our roundup of fall 2016 trends from Paris.

Get ready for a ride with the fall 2016 collections. At Paris Fashion Week, designers embraced biker chic styles ranging from leather jackets to leather pants and boxy shapes. At Chloe, creative director Clare Waight Keller was inspired by the work of Anne-France Dautheville, a writer who traveled on a motorcycle through Europe and parts of the Middle East for one free-spirited collection.

Biker Babe—Elie Saab moved his woman in a more youthful direction with an outing of leather jackets layered over romantic dresses and skirts. Adorned with fringe and florals, his fall-winter 2016 collection was rock and roll chic.

Biker Babe–Designer Anthony Vaccarello is known for his high hemlines, and for fall-winter 2016, he took on the biker trend with embellished leather jackets and lace-up mini skirts.

Biker Babe—Mugler’s David Koma embraced the biker trend with boxy jackets featuring crocodile treatment at the collar. Paired with slim-fit pants and partially sheer shirts, these looks are beyond sexy.

At Paris Fashion Week fall-winter 2016, designers looked to the recent past with looks inspired by the 1980’s. From puffed shoulders to flouncy silhouettes, see the new power dressing for the 21st century. Isabel Marant led the charge with an outing of strong shoulders appearing on oversized sweaters and coats.

80’s Revival–Making his debut at Balenciaga, Demna Gvasalia also brought some 1980’s inspired silhouettes to the brand’s fall-winter 2016 show. The designer focused on plaid suiting and sculpted sweaters for the collection.