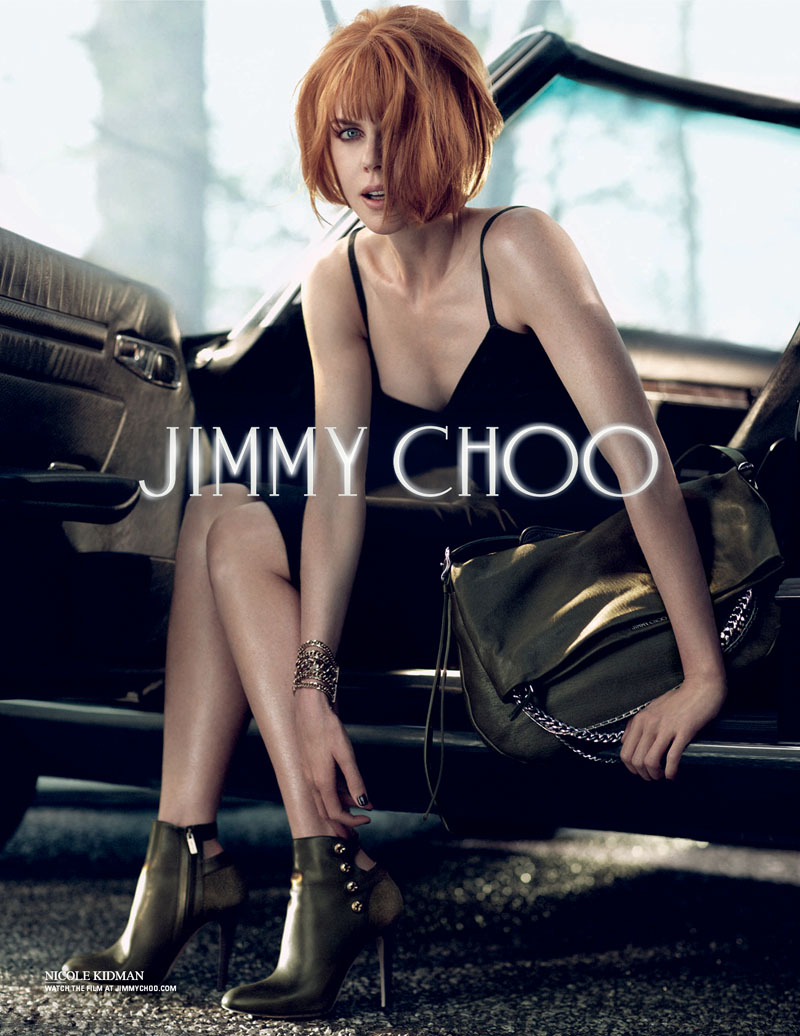 Seductive Shoes – In May, we shared the news that Nicole Kidman was tapped as the star of Jimmy Choo’s fall 2013 campaign. Now, here is a look at the print advertisements featuring the Australian actress playing a film noir, Hitchcock-inspired protagonist.

Nicole was photographed by Mikael Jansson and styled by Julia Von Boehm for the autumn campaign which features boot styles as well as the label’s bags. “I really enjoyed being able to play a role that was strong, sexy and in control. I got into a relationship with the photographer and Mikael is very intuitive, he knows what I am thinking and feeling and is able to translate it through the camera,” Kidman says about the shoot. 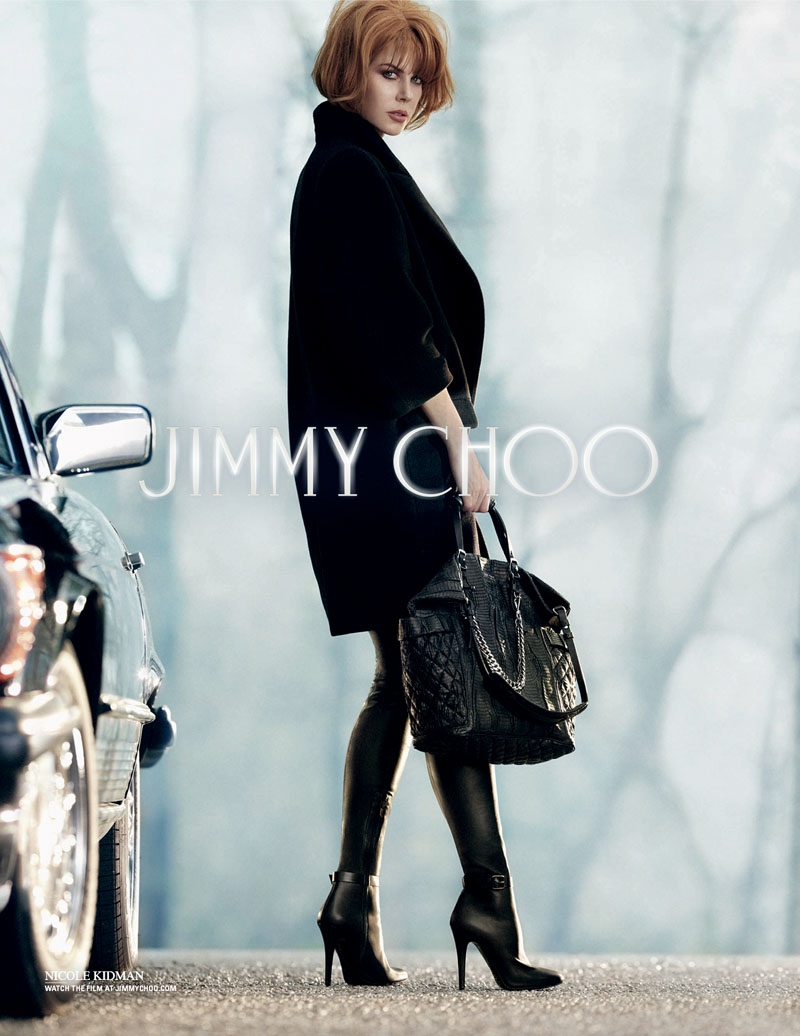 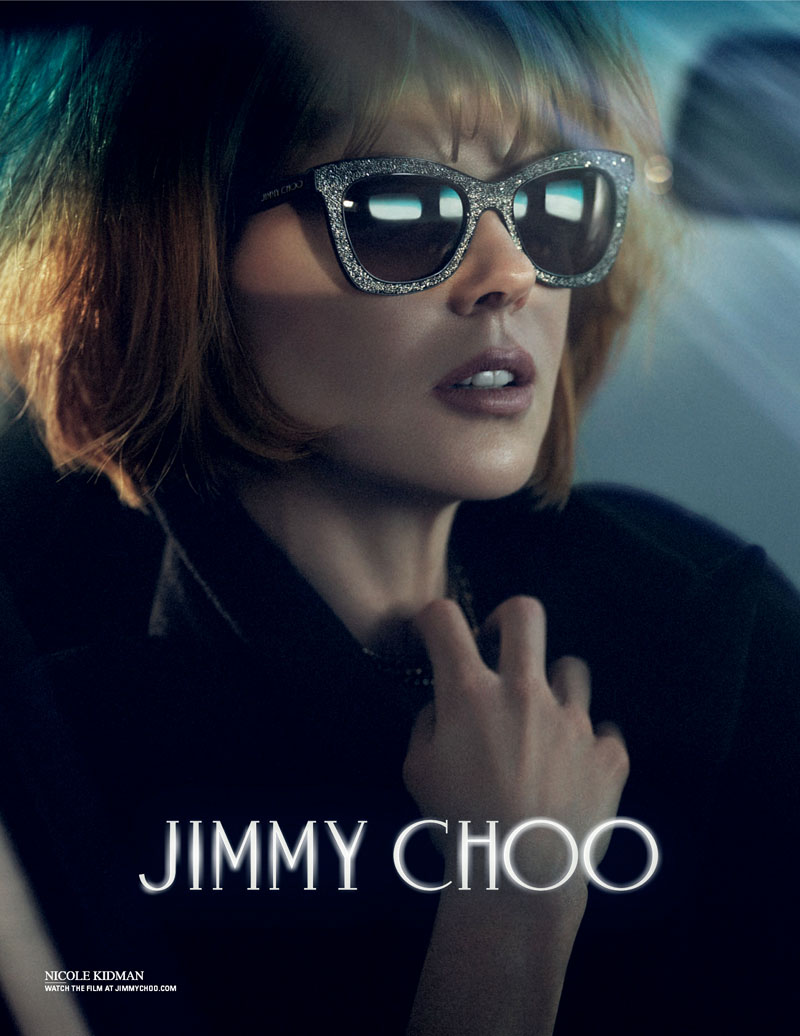 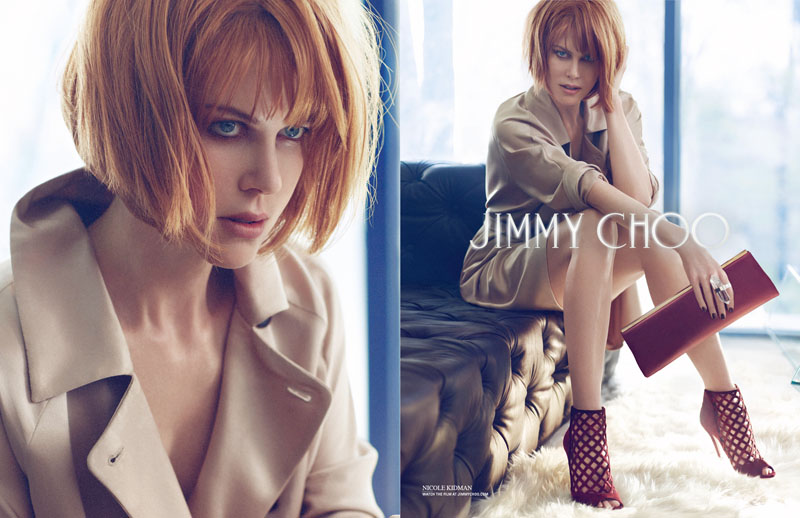 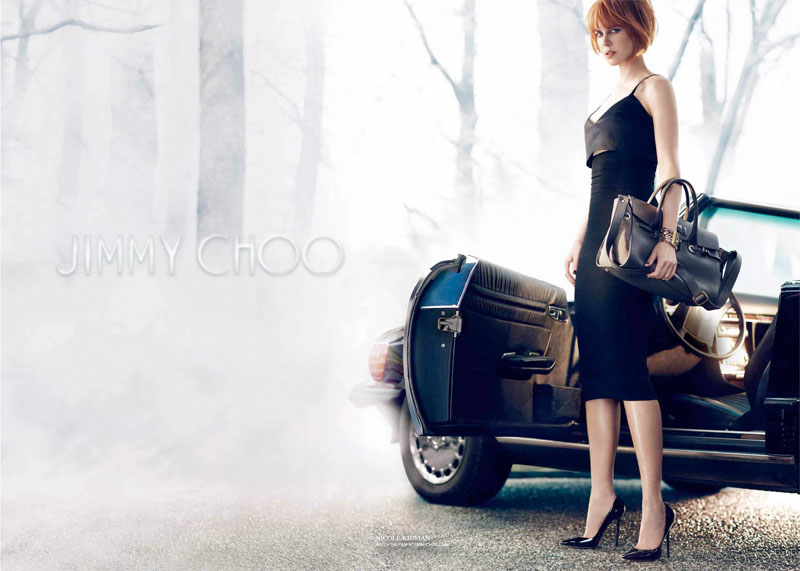 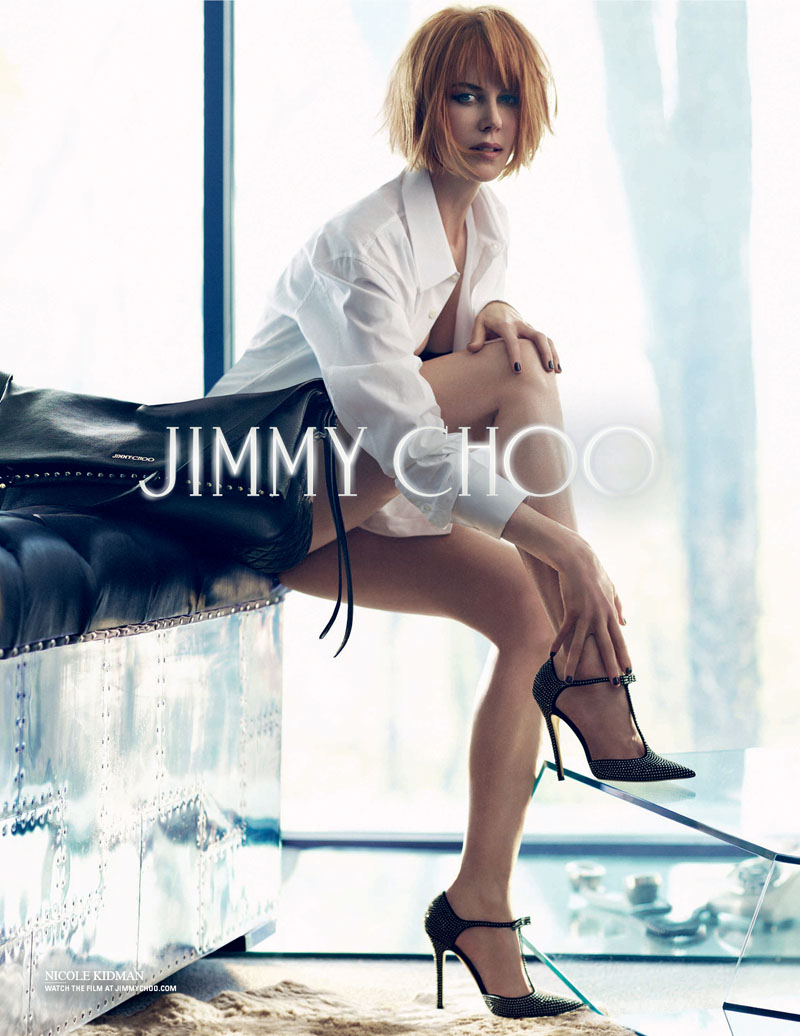