You are here: Home / Archives for Kaia Gerber

Kaia Gerber is an American model and actress. She was born on September 3rd, 2001.

Kaia is the daughter of Cindy Crawford, one of the best-known supermodels globally, and Rande Gerber, an American entertainment industry businessman. Known for her brown eyes and dark hair, she shares her mother's features.

The family has a unique and diverse background. While Kaia's father is Jewish, her mother is of English, German, French, and Spanish descent.

Kaia's started her modeling career early, at the age of 10, for Versace's junior line. Donatella Versace stated that Kaia had a special gift for modeling and was camera-friendly, just like her mother.

At 13, she signed with IMG Models and landed her first modeling gig with Teen Vogue.

Career
Gerber had her first runway debut when she was 16 for Raf Simon's Calvin Klein Collection in 2017. She appeared in multiple advertisements for the American brand. From denim to underwear, Kaia has been a longtime face of the company. Kaia also landed a contract with OMEGA Watches in 2017 and still fronts campaigns in 2021.

That same year, Marc Jacobs launched a campaign with Kaia introducing their 'Daisy' fragrance. The campaign featured a light-spirited and playful Gerber, which Kaia later stated was her natural off-camera personality in an interview.

Her career continued to grow when she also became the face of YSL Beauty the same year.

She soon went on to walk for multiple fashion houses like Burberry, Givenchy, Michael Kors, Tom Ford, and much more. She even walked alongside her mother for Versace in 2018. The model has also been on the cover and editorials of magazines like Love Magazine, Pop Magazine, and Vogue US.

In 2018, she landed her first Chanel campaign and was the face of their Spring handbag collection. However, the campaign was criticized as Kaia was only 16 and some critics thought she was too young to model for such a big brand.

Other than modeling, Kaia has also started acting on television. She played a role in 2 episodes of the 'American Horror Story' spinoff 'American Horror Stories,' and she's also set to appear in the upcoming season of the original AHS. The brunette even showed off her acting skills for a Calvin Klein commercial where she performed a monologue.

Personal Life and Relationships
Kaia has been an avid book reader, and she frequently hosts a book club series on Instagram.

In 2019, Kaia was linked with Pete Davidson. Their romance didn't last long, however. Currently, Kaia is dating Jacob Elordi. Their relationship was rumored to have begun in 2020, right after his relationship with Zendaya ended.

Later that year, they confirmed their relationship. Kaia's parents also seem to be happy with Jacob and think he is an excellent match for their daughter. The couple made their first red carpet appearance together in September 2021. 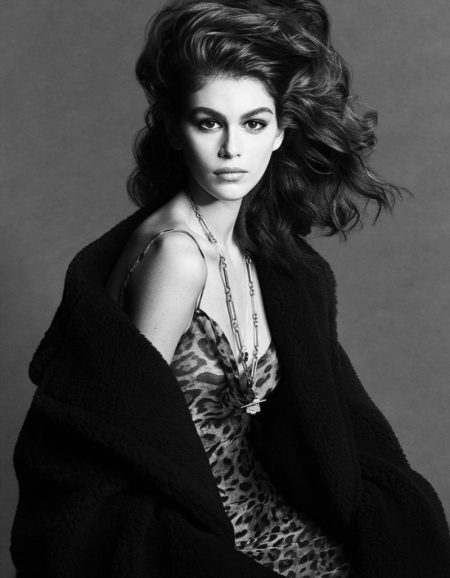 Kaia Gerber lands two covers for the December 2018 issue of Vogue Japan. On the first, the leading face suits up in a Giorgio Armani look lensed by Luigi & ...
Read More 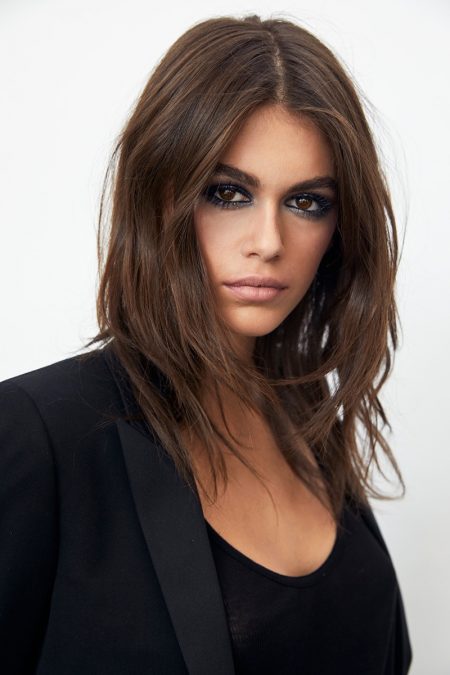 After appearing in multiple campaigns for Saint Laurent, rising model Kaia Gerber has been announced as the new face of YSL Beauty. Before the official campaign launches in January 2019, ...
Read More 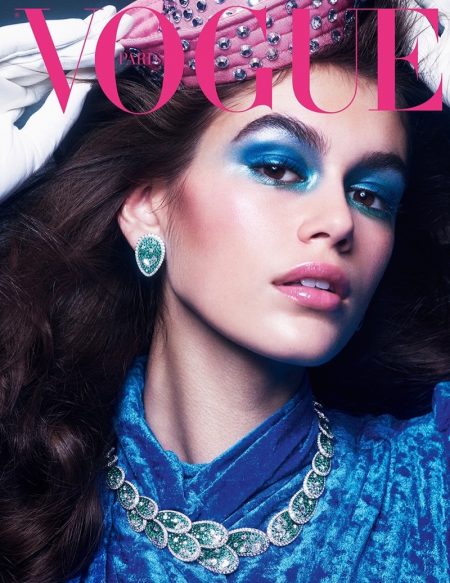 Kaia Gerber gets her closeup for the October 2018 cover of Vogue Paris. Photographed by Mikael Jansson, the model wears a Louis Vuitton dress with a Cartier necklace and earring ...
Read More 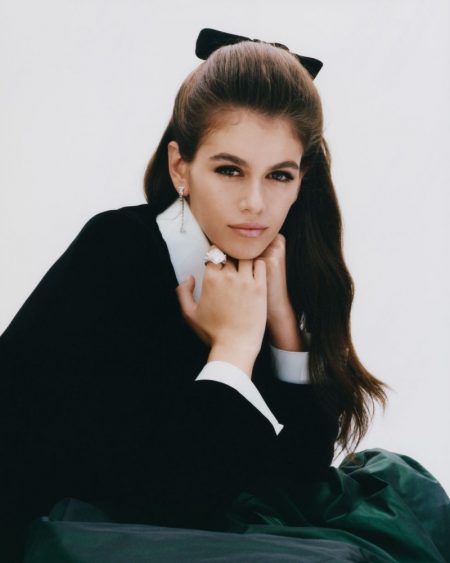 Kaia Gerber turns up the glam factor for the Fall-Winter 2018 issue of CR Fashion Book. In front of the lens of David Luraschi, Kaia models haute couture and ready-to-wear ...
Read More 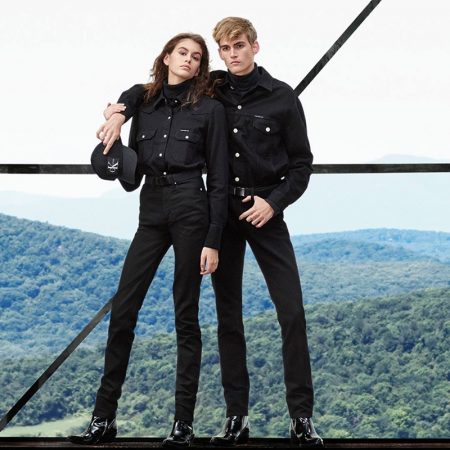 Kaia Gerber lands her third denim outing for Calvin Klein Jeans with the launch of its fall-winter 2018 campaign lensed by Willy Vanderperre. Called 'Together in Denim', the advertisements also ...
Read More 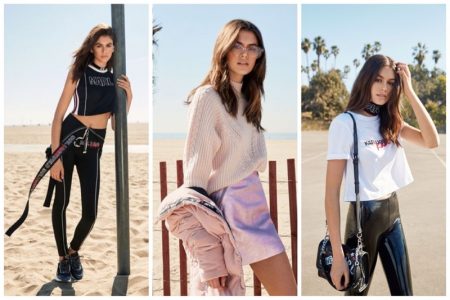 The highly buzzed about collaboration from Karl Lagerfeld and Kaia Gerber has officially landed online. Bridging the gap between the designer's Parisian aesthetic and the model's Los Angeles upbringing, the ...
Read More 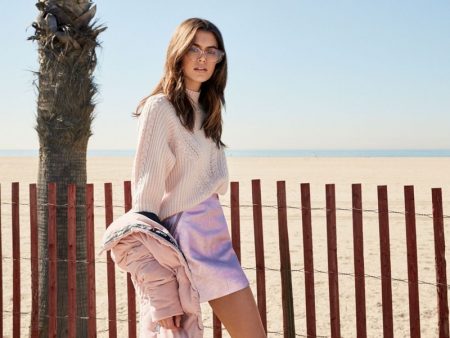 You Have To See the Kaia Gerber & Karl Lagerfeld Collaboration

Fresh off of starring in the designer's fall campaign, Kaia Gerber collaborates with Karl Lagerfeld on an exclusive capsule collection. The 16-year-old works on a line of clothing, accessories and ...
Read More 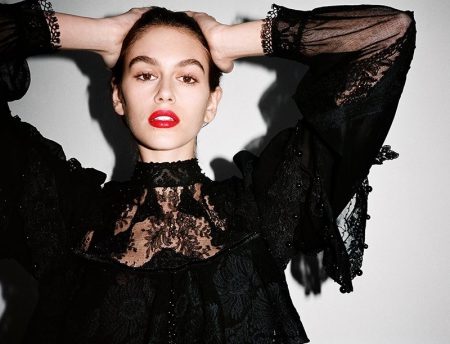 Kaia Gerber Gets Clad in Saint Laurent for LOVE Magazine

After starring in two Saint Laurent campaigns, Kaia Gerber has become synonymous with the Parisian based brand. And the fall-winter 2018 issue of LOVE Magazine spotlights the autumn collection with ...
Read More 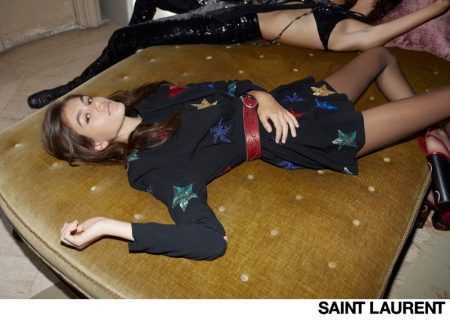 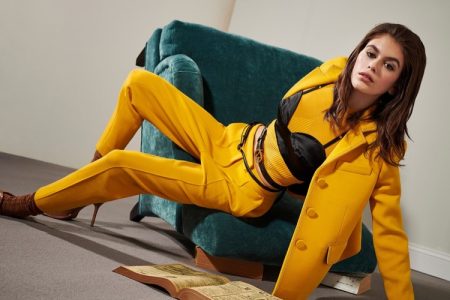 Kaia Gerber lands another major cover for the July 2018 issue of Italian Vogue. The 16-year-old poses for Craig McDean on the first cover, flashing a smile in a Valentino ...
Read More 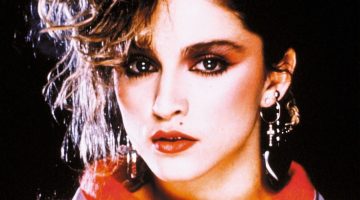 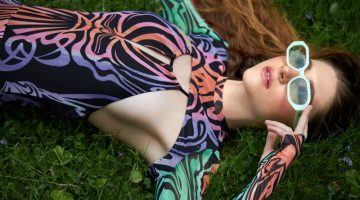 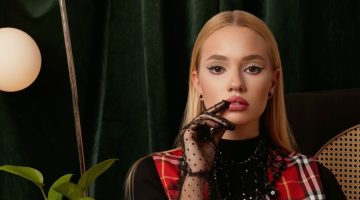