You are here: Home / Miranda Kerr Goes Topless for 7 for All Mankind Fall ’14 Campaign 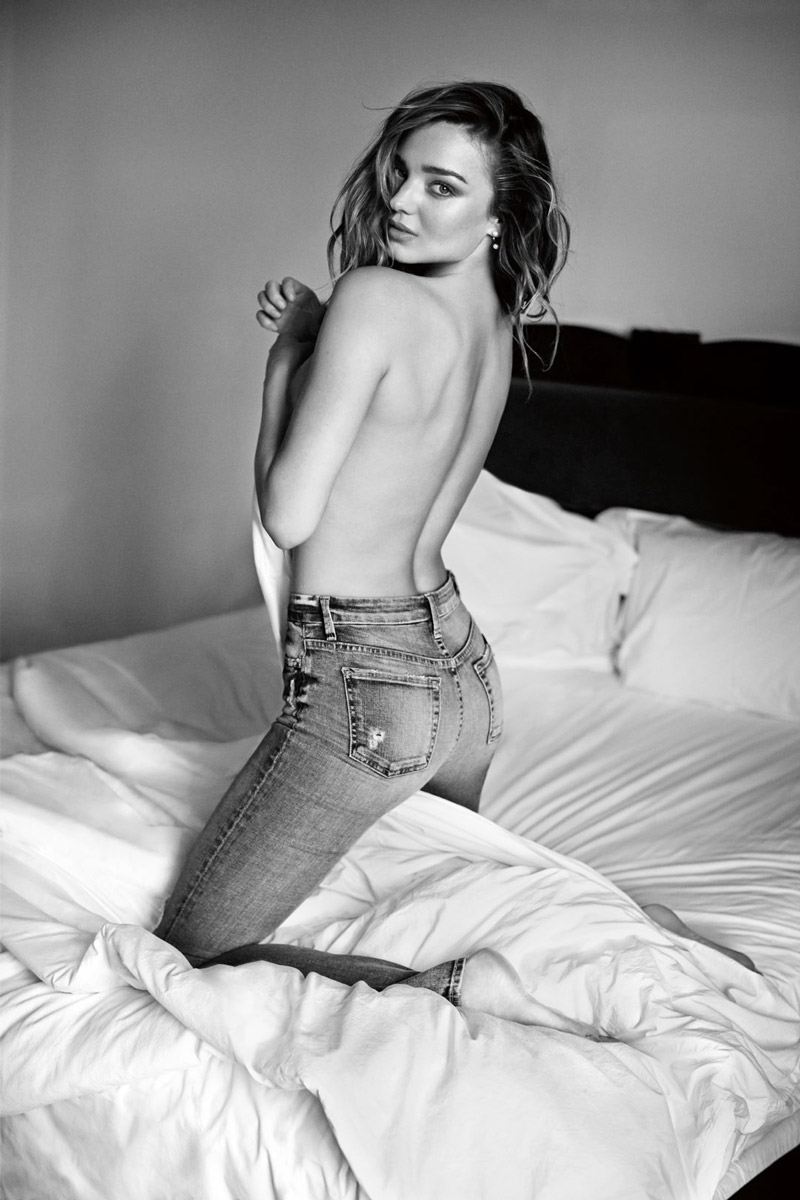 Miranda’s New Gig–Australian model Miranda Kerr has another brand that calls her its face with the fall-winter 2014 campaign from denim label 7 for All Mankind. The dark-haired stunner goes topless for the new advertisement photographed in black and white by Sebastian Faena. Called #7Obsessions, the ads are inspired by the idea of a woman’s relationship with her jeans.