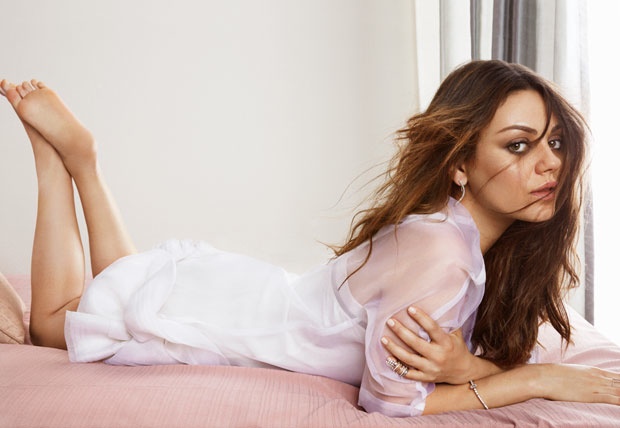 Mila on Child Birth–Actress Mila Kunis graces the July cover of Marie Claire US, looking pretty in pastels. The Gemfields campaign star is pregnant with her first child with her fiancé Ashton Kutcher. Inside the magazine, Mila poses for Tesh in a glamorous shoot and also opens up about her pending motherhood and her relationship.

On giving birth:
“Two people are allowed in my delivery room. My doctor and my significant other. And he is staying above the action. He’ll be head to head. Not head to vag. Unless he wants to risk his life and see. But I wouldn’t if I were him. I highly doubt he wants to see that being ripped apart and shredded. Because it will be shredded. It’s just a matter of how badly.” 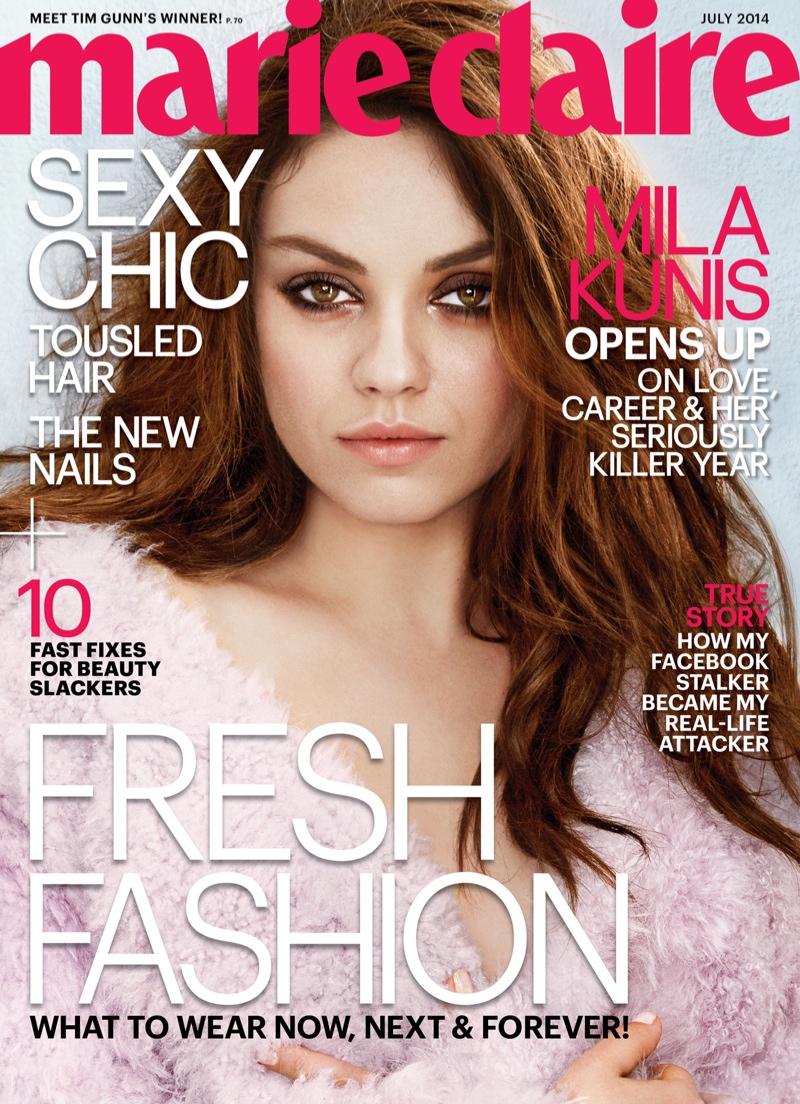 On her friend-turned-fiancé Ashton Kutcher:

“One day, it just changed. All of a sudden, it wasn’t the same. And I was really proud of myself for acknowledging that. The best day of my life so far was the proposal. I cried. I was a mess. Not to discredit any relationships in my past, but this relationship is different.” 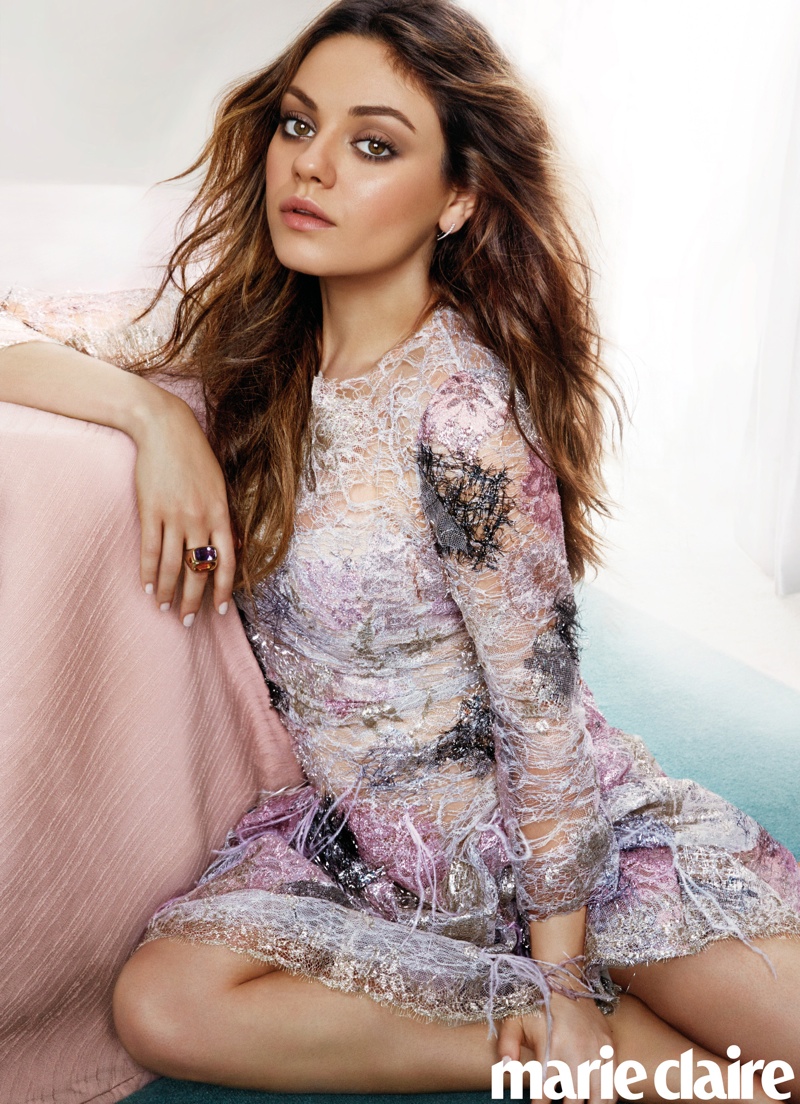 On her Year of Yes:
“I was really good at saying no. I decided I was just going to say yes to any opportunity that came, no matter how crazy. And it changed my life.” 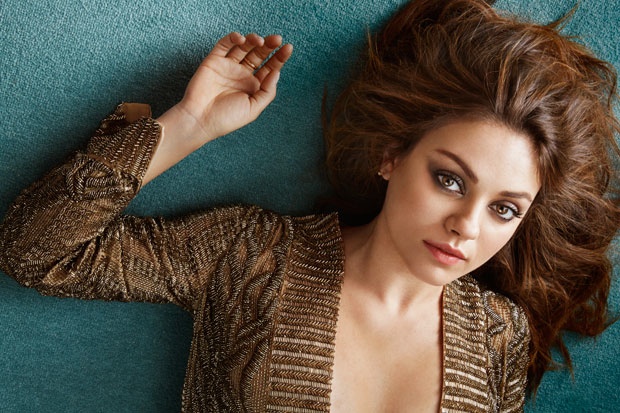