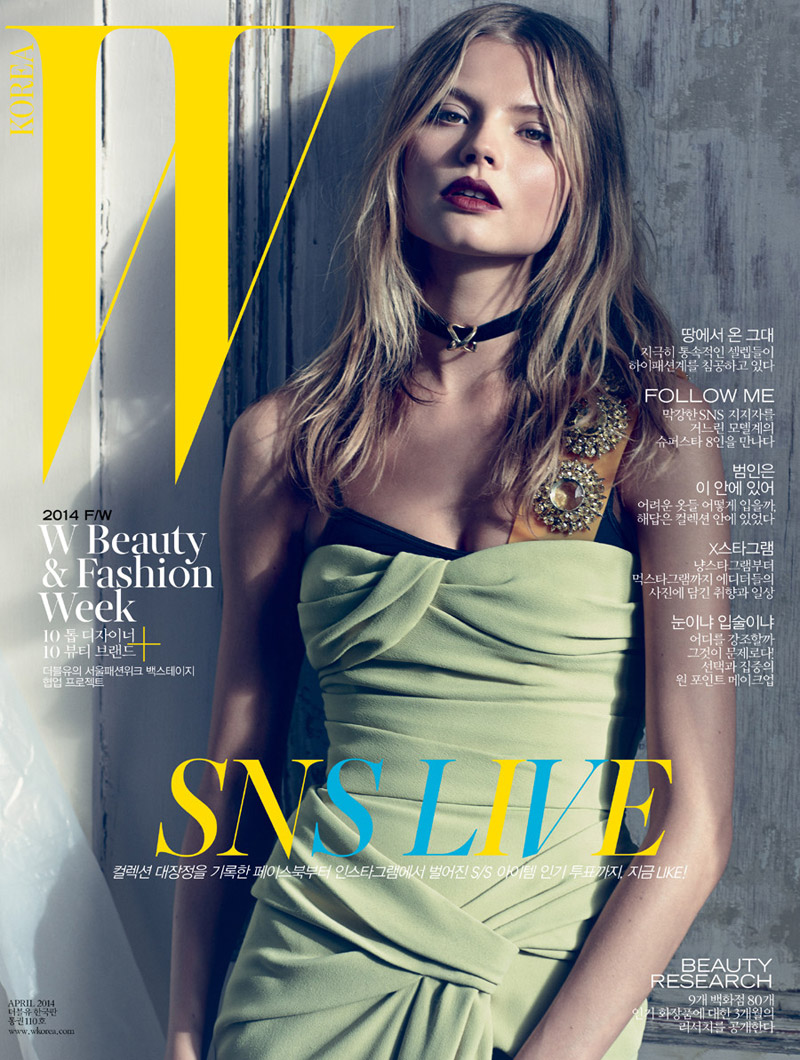 Magdalena’s New Cover–Landing a new cover, Magdalena Frackowiak exudes a sensuous mood for the April cover of W Korea where she is shown wearing a dress from Burberry Prorsum’s spring-summer 2014 collection. Photographed by Mark Abrahams and styled by Stevie Dance, Magdalena wows in the image. See more of the Polish beauty in her recent Hunkydory campaign for the spring season.