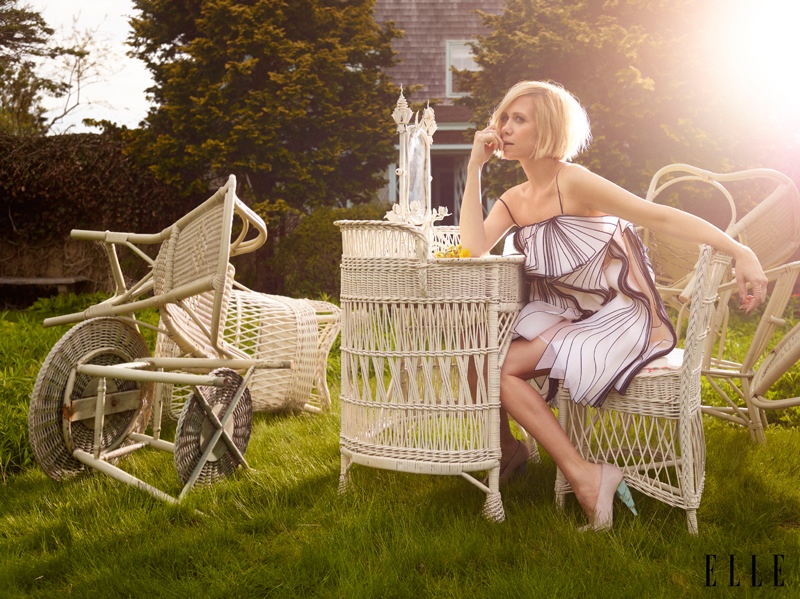 Kristen on Acting–One of comedy’s most famous females, Kristen Wiig, covers the August issue of ELLE US looking casual chic in a leather jacket by Balenciaga, a tank by T by Alexander Wang and denim by J Brand. Inside the issue, the actress poses for Carter Smith in a series of dreamy outdoors shots where she is seen wearing colorful prints and girly silhouettes. Kristen also talks to the magazine about taking on more dramatic roles such as in an upcoming film where she plays a woman with borderline personality disorder. She reveals, “I’d never read a character like that. I got to a scene where it read, ‘She’s fully naked,’ and I remember thinking: If I do this movie, I have to do this scene, because it’s really important to this script.” 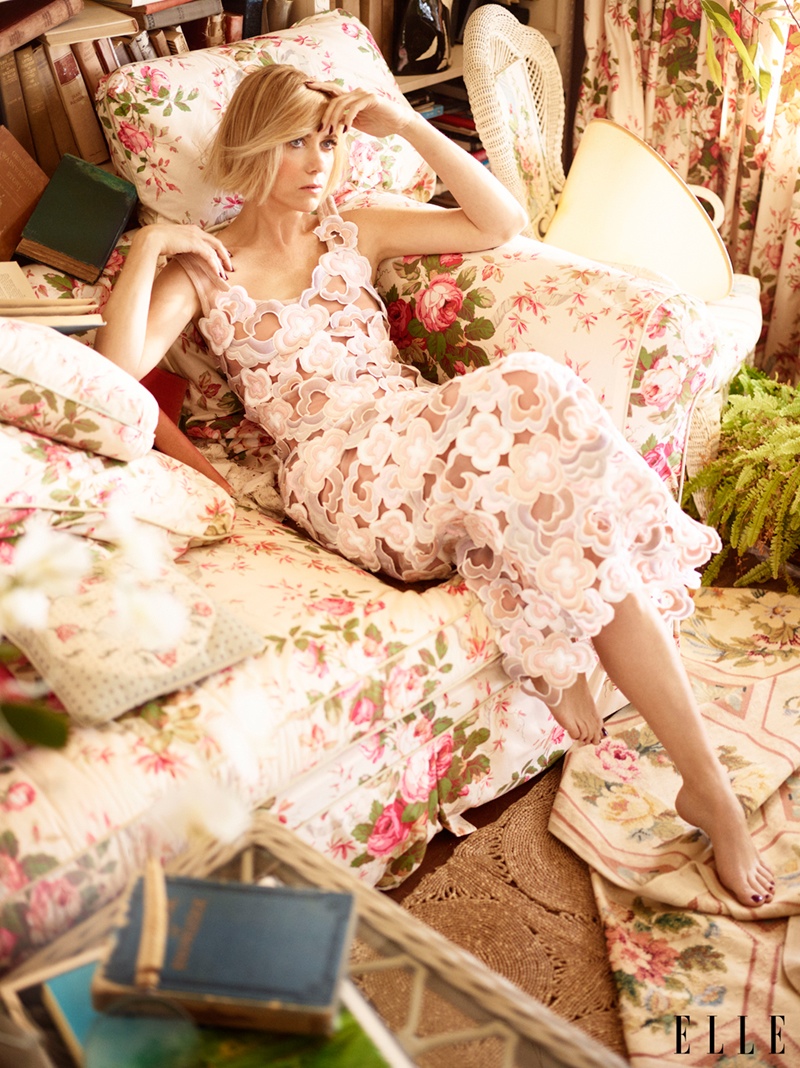 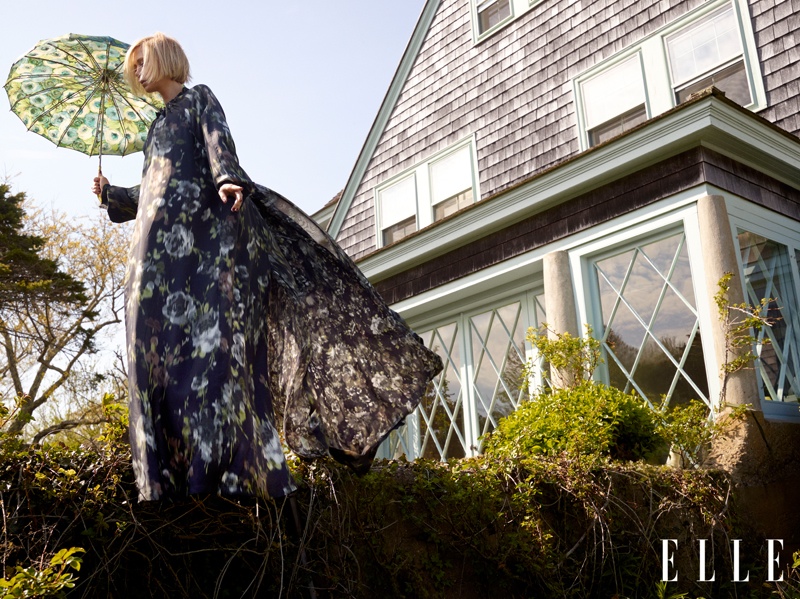 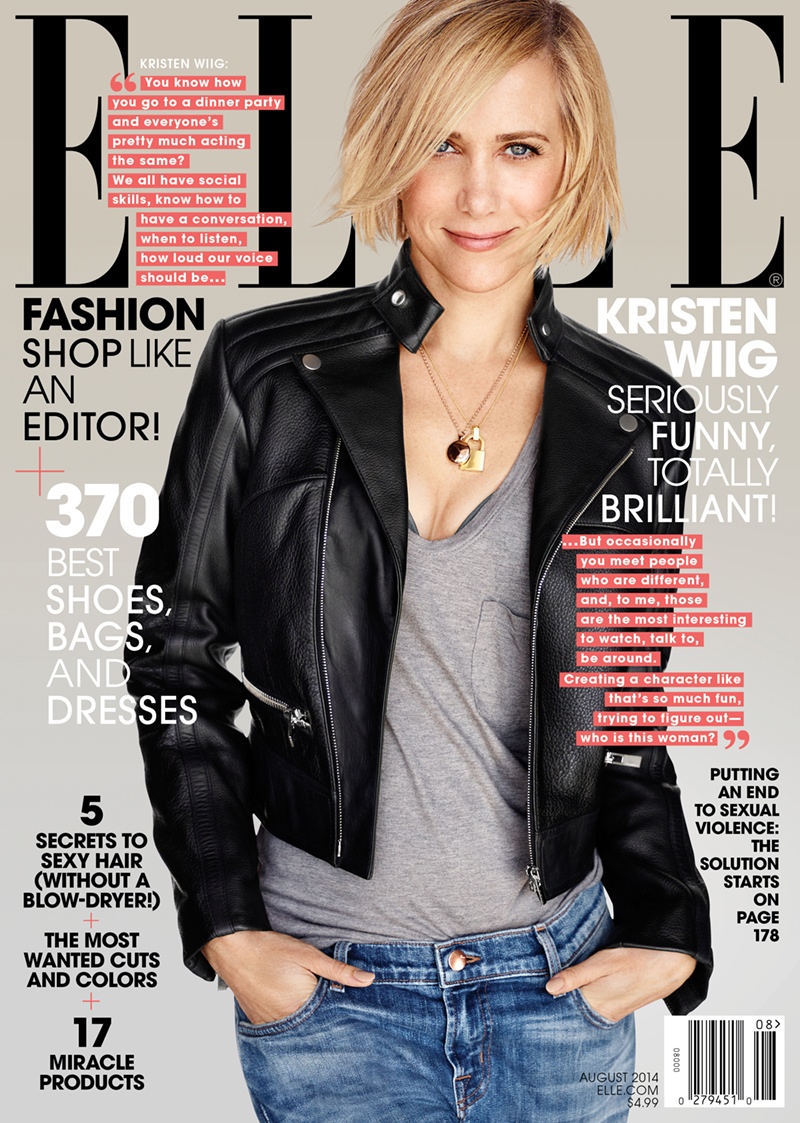