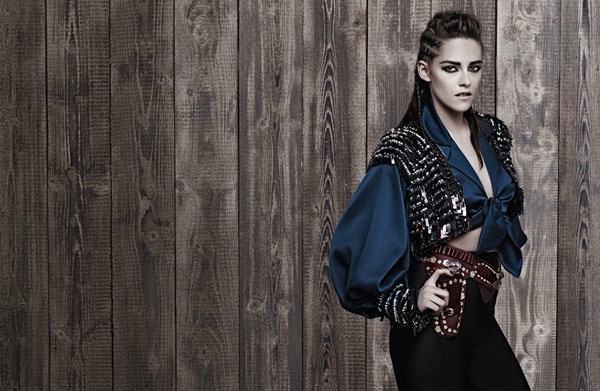 Late last year, the news was announced that Kristen Stewart would front the Chanel pre-fall 2014 campaign, and now some images have finally been released. Revealed on Grazia UK, the “Twilight” star poses for Karl Lagerfeld in western inspired looks including a lot of fringe, American flag print bandanas and denim. In the accompanying interview with the British fashion site, Kristen could not stop gushing about Lagerfeld, saying, “Basically and obviously, he is so much more than a fashion designer; he is a true renaissance man, one of the greatest artists of our time.” 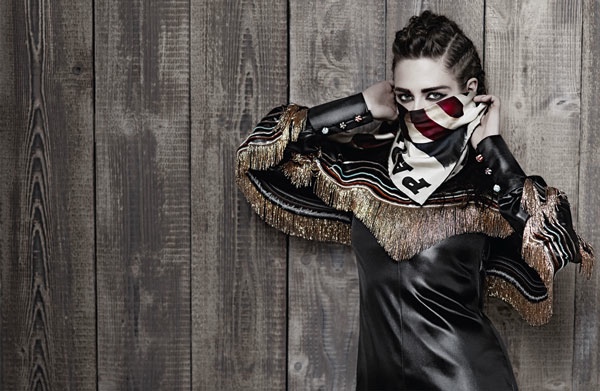 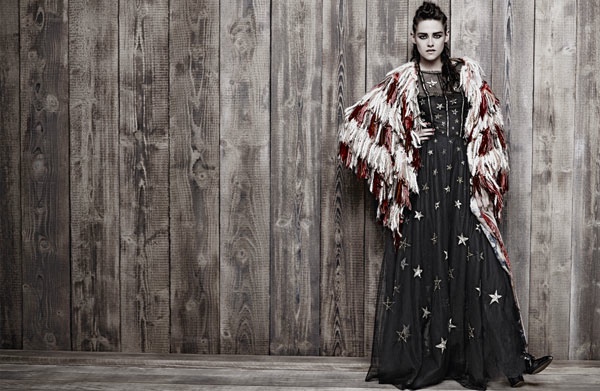