You are here: Home / Editorial / Kate Upton Shows Off Curves for Vogue, Wants to Avoid Being “Cheap & Cheesy” 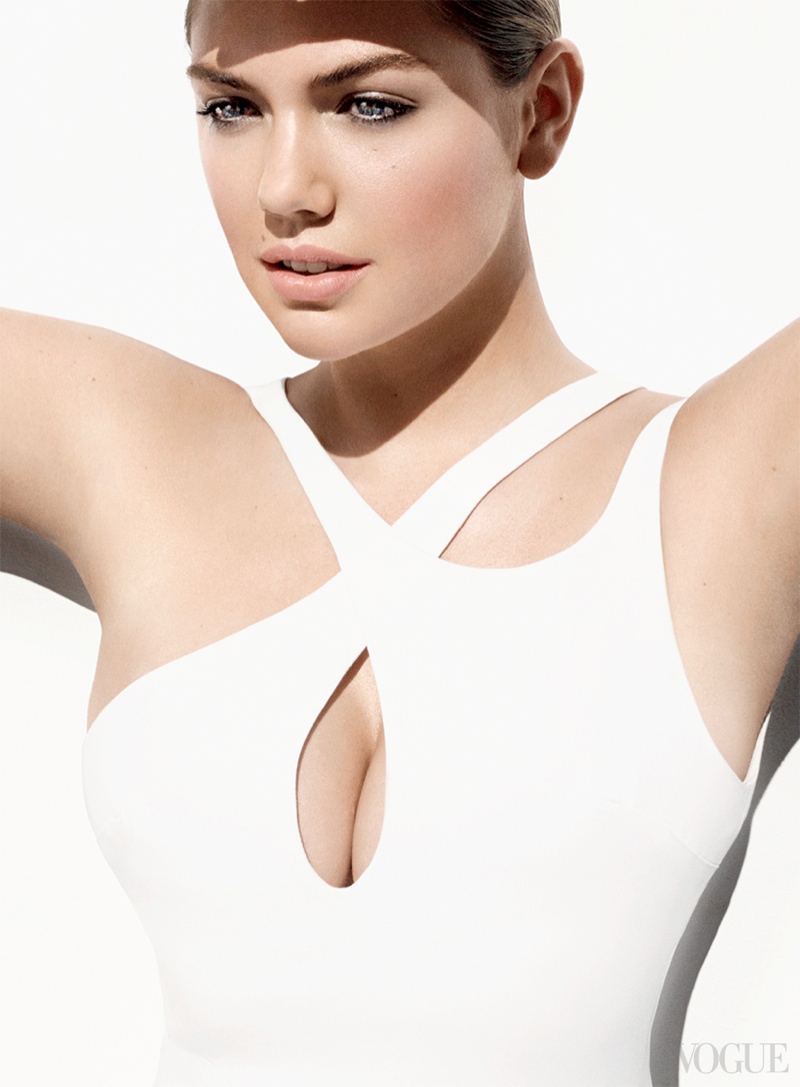 Following up the controversial cover choice, the April issue of Vogue US features something that perhaps won’t be so polarizing. Kate Upton (who was recently named the face of Bobbi Brown Cosmetics) shows off her amazing figure in a fashion spread photographed by Mario Testino. In addition to the striking photographs where she models looks from the likes of Stella McCartney and Versace styled by Tonne Goodman, the article talks about Kate’s impact on social media. “People think I’m an expert on social media,” she tells the magazine, “but I am still trying to figure it out, too. How much do you want to put yourself out there?”

Kate also opens up about not taking it too far in the sexy department. “Yes, I definitely have limits,” she says. “But I never like to say never because I feel like I’m setting myself up. There’s a line between becoming, you know, a little cheap and cheesy versus being sexy. And I try to be very careful of that line.” See more of the feature on Vogue.com. 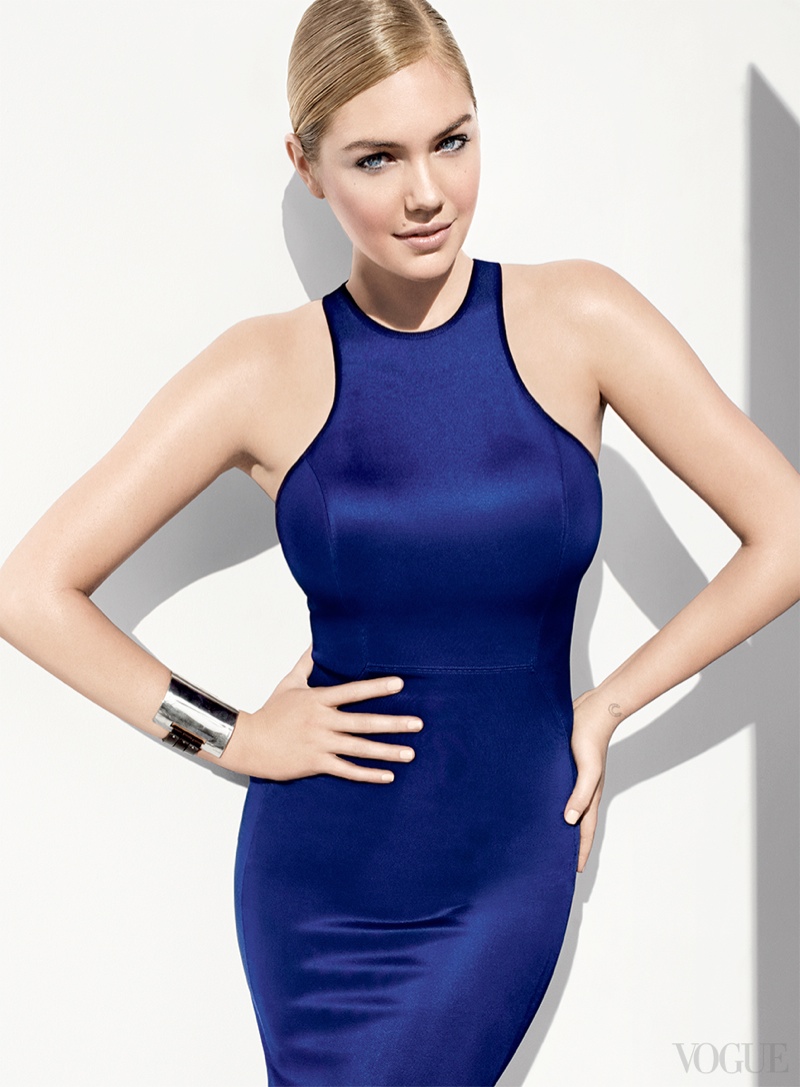 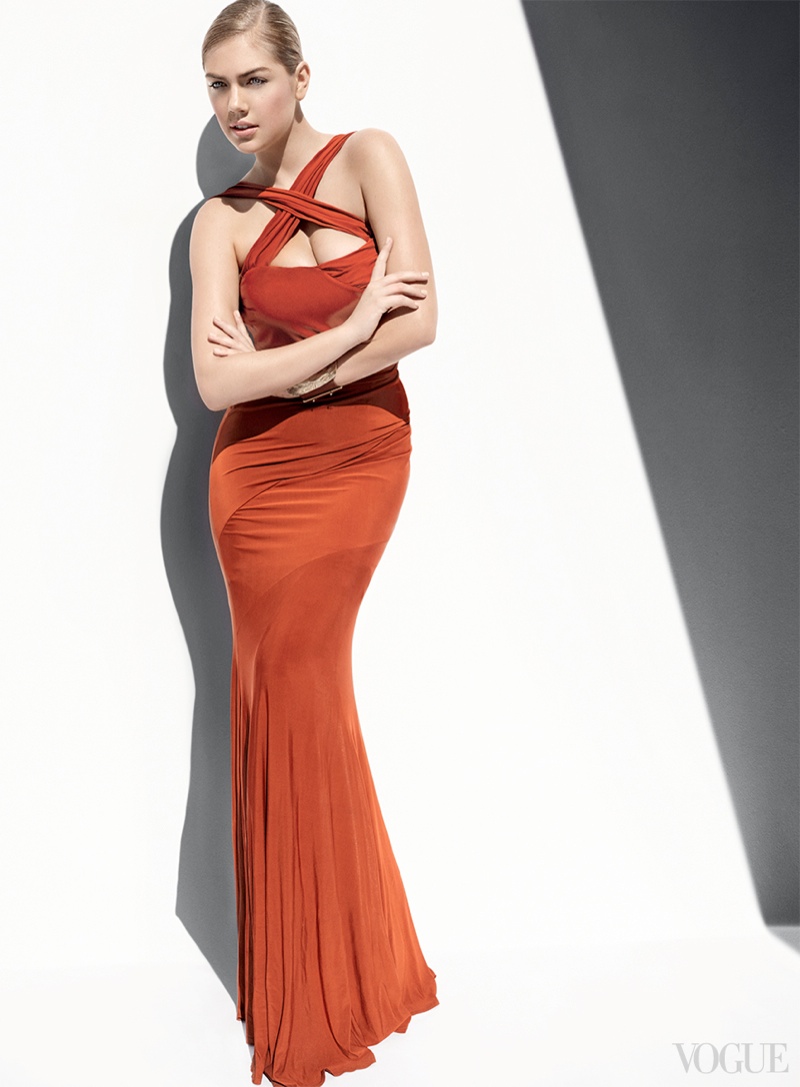