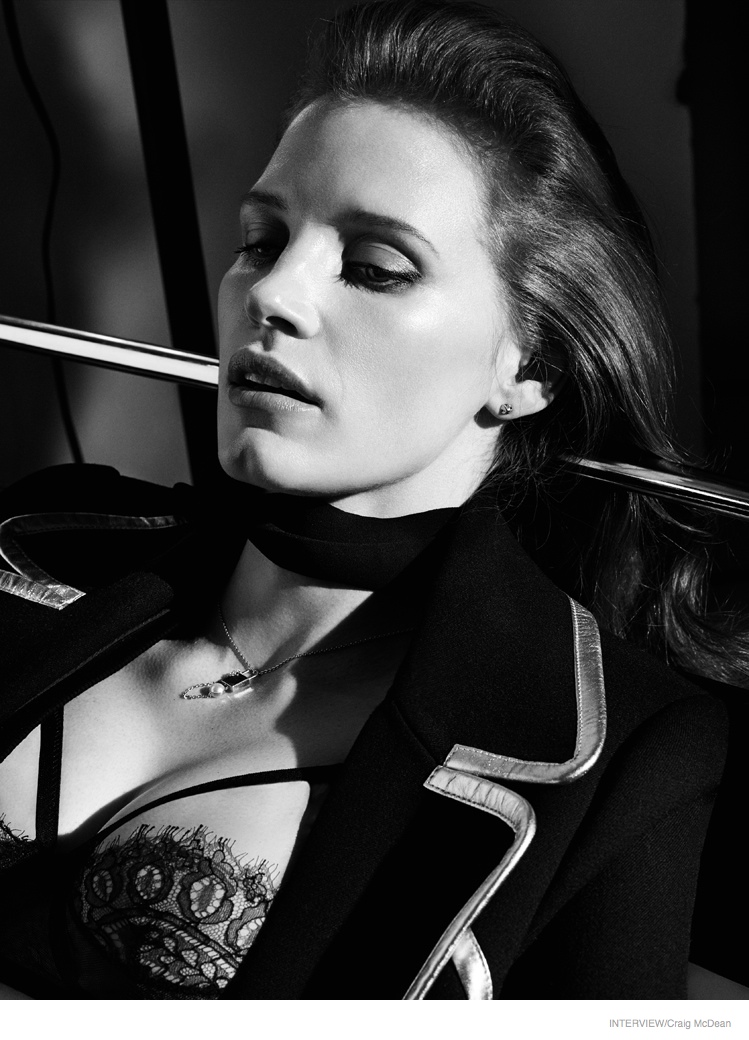 Celebrating its 45th anniversary issue, the October 2014 edition of Interview taps actress Jessica Chastain as the cover star. Photographed by Craig McDean and styled by Karl Templer, the redhead seduces in a mix of ready-to-wear and lingerie styles from the likes of Givenchy, Burberry and Louis Vuitton. She reveals to Mindy Kaling in the article, “…I’m not a weak person. I try to connect with people. And so if someone around me is suffering, I’m going to feel it. I’m going to take it in and have compassion for them. Yes, maybe I will cry along with them, but not out of weakness. It’s out of empathy.” 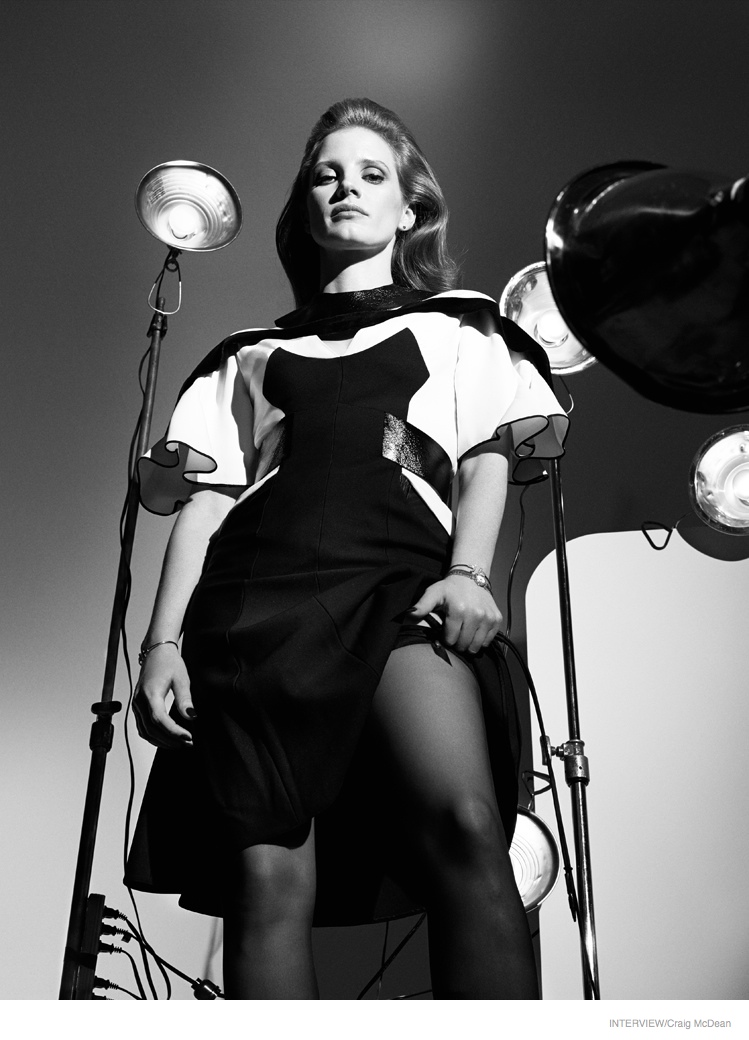 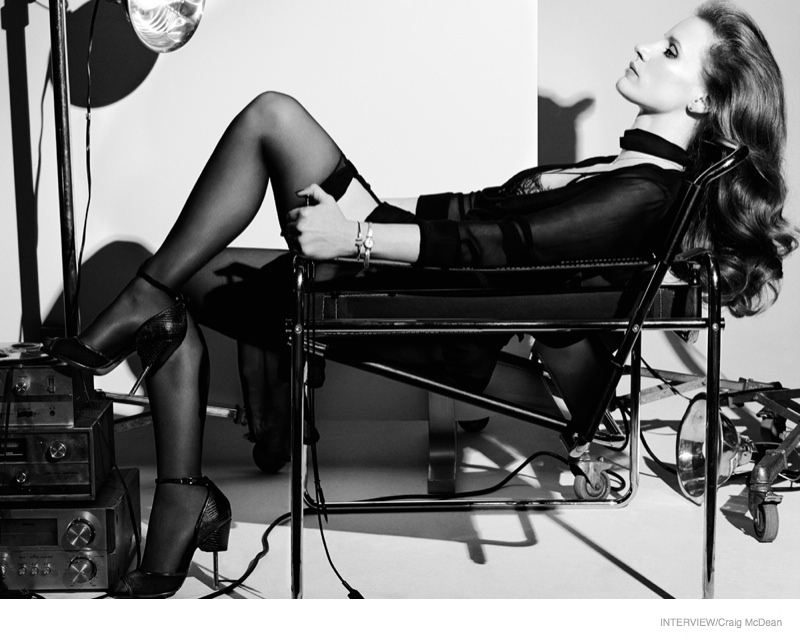 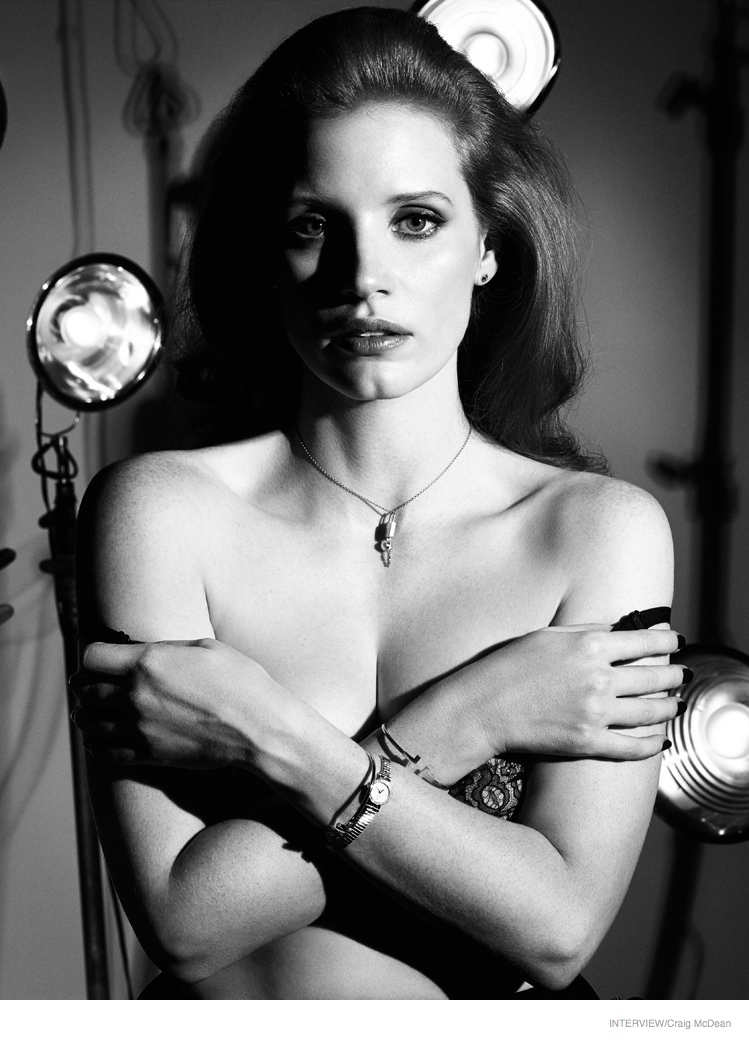 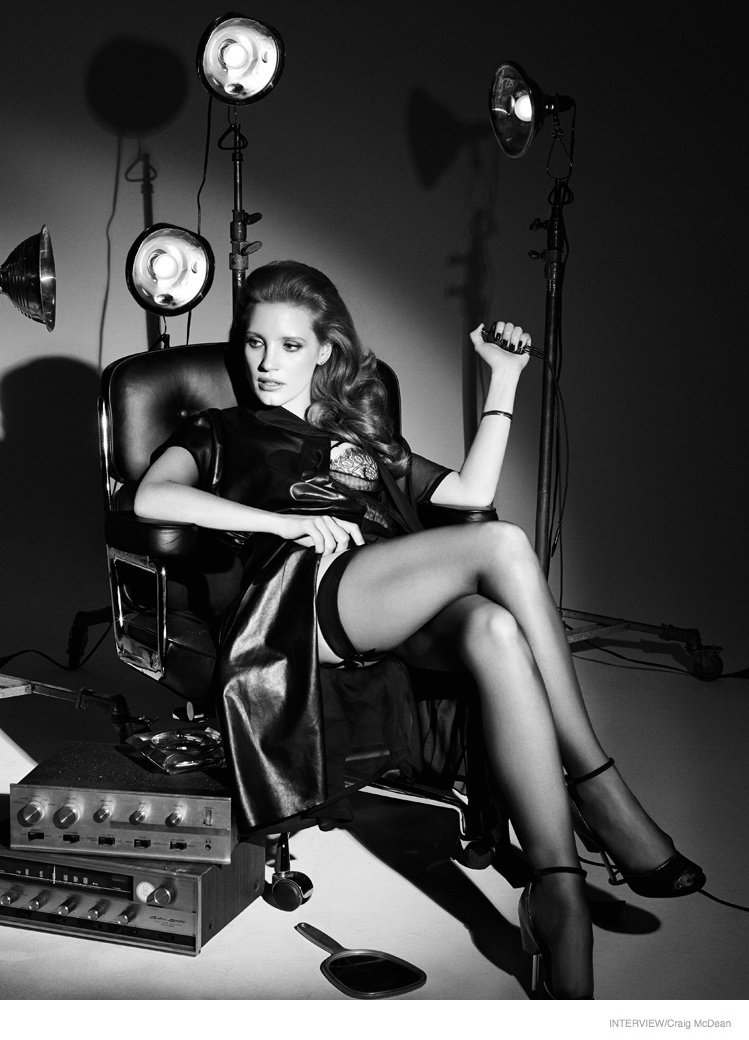 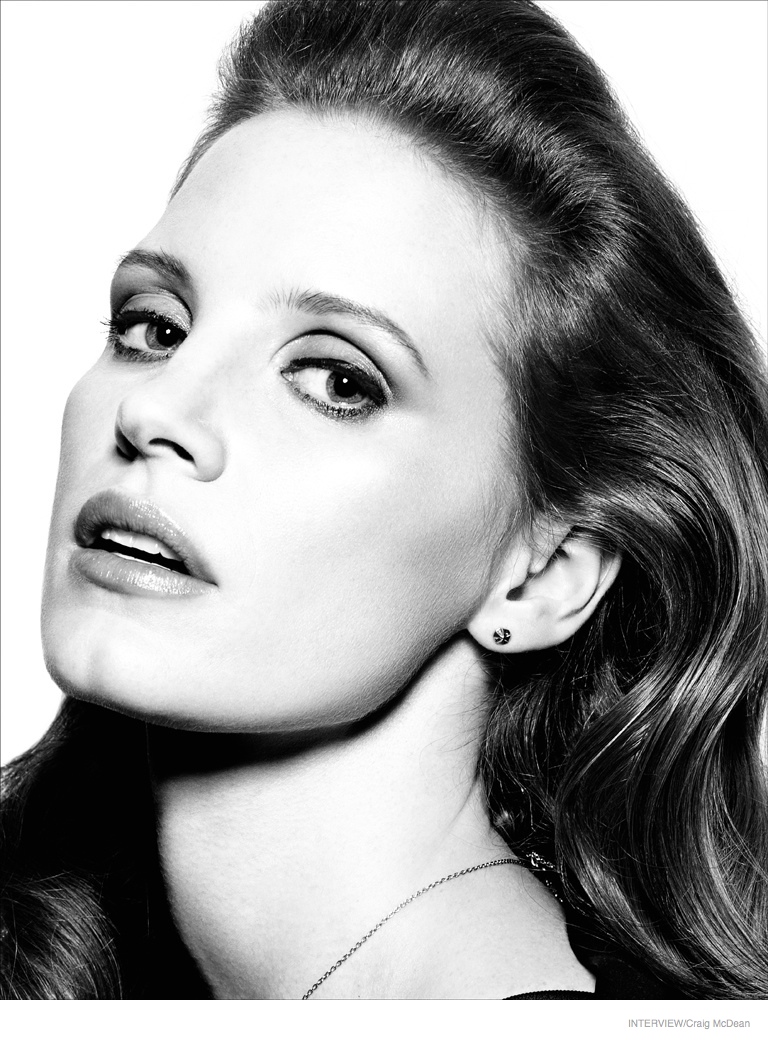 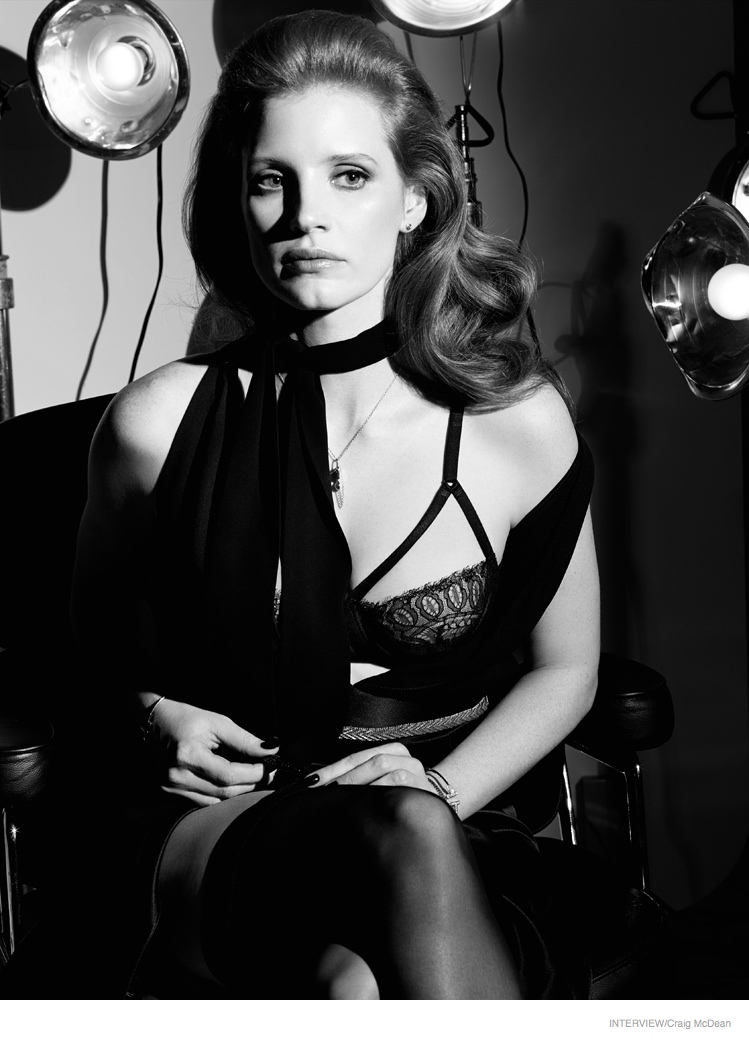 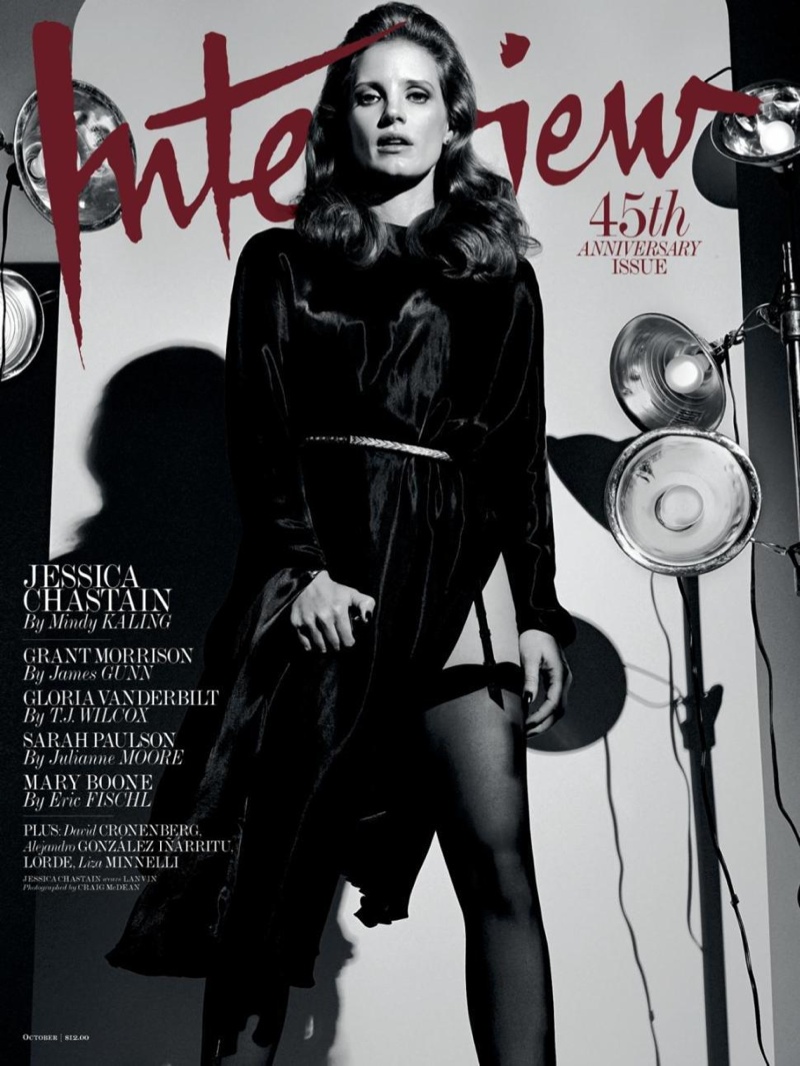