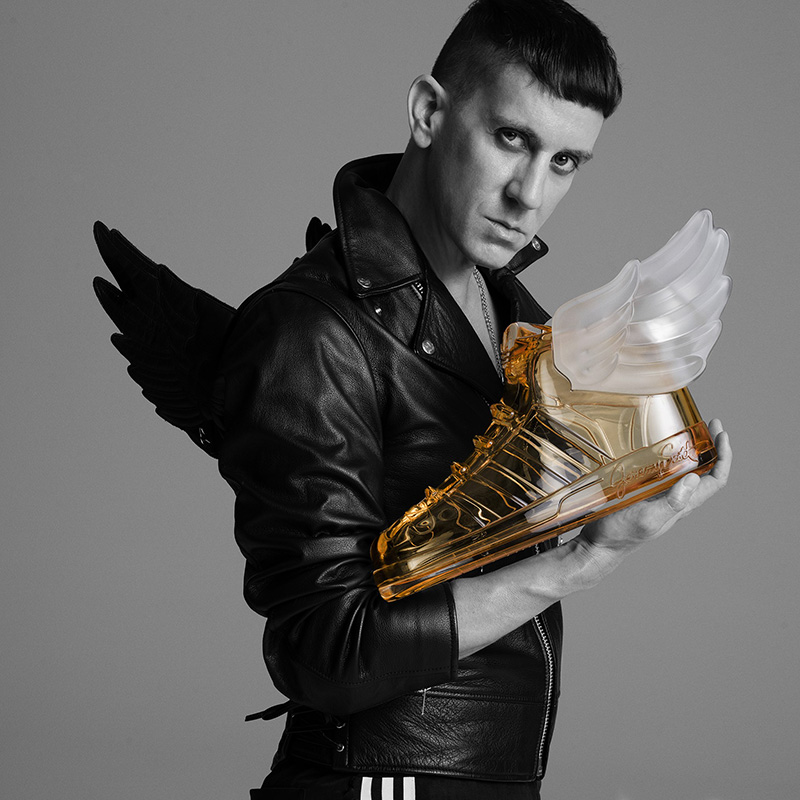 With over ten years of working together, Jeremy Scott has released his first fragrance for adidas Originals which will hit stores in February. Inspired by his famous winged high tops for the label, the fragrance bottle is shaped like sneakers. The unisex scent is described as having a fresh towel smell. The campaign image was photographed by Inez & Vinoodh with Scott holding the perfume bottle while wearing wings himself. 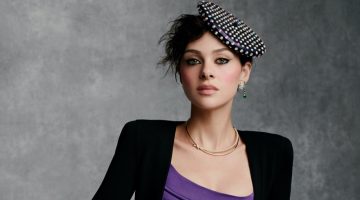 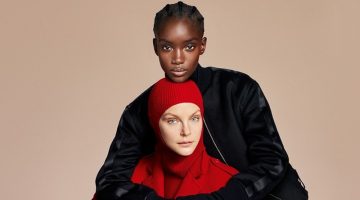