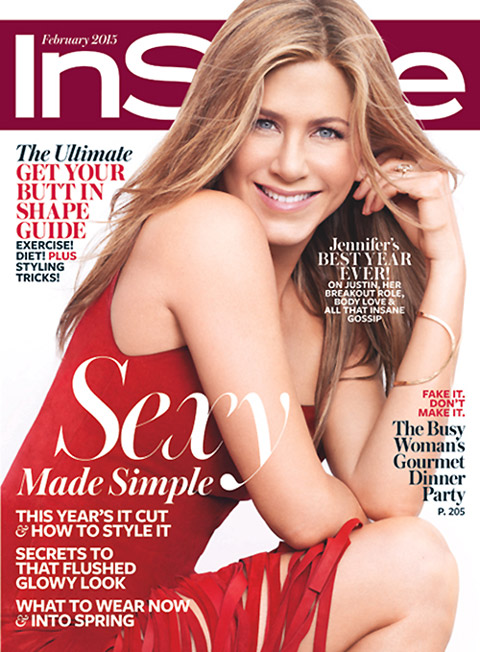 Actress Jennifer Aniston lands her sixth cover of InStyle magazine with the fashion glossy’s February 2015 issue. The star has Oscar buzz with her role in the film, “Cake”, playing a pill-popping addict, which required her to go without makeup. Now 46, Aniston tells the magazine she appreciates her age, saying, “It may be harder to shed those extra pounds…but all of this stuff (she circles her head with her fingers) is fabulous. Just thinking about the girl I was at 20-something or even 30-something—there were so many questions, so many worries, so much wasted brain space on things that really don’t matter.”