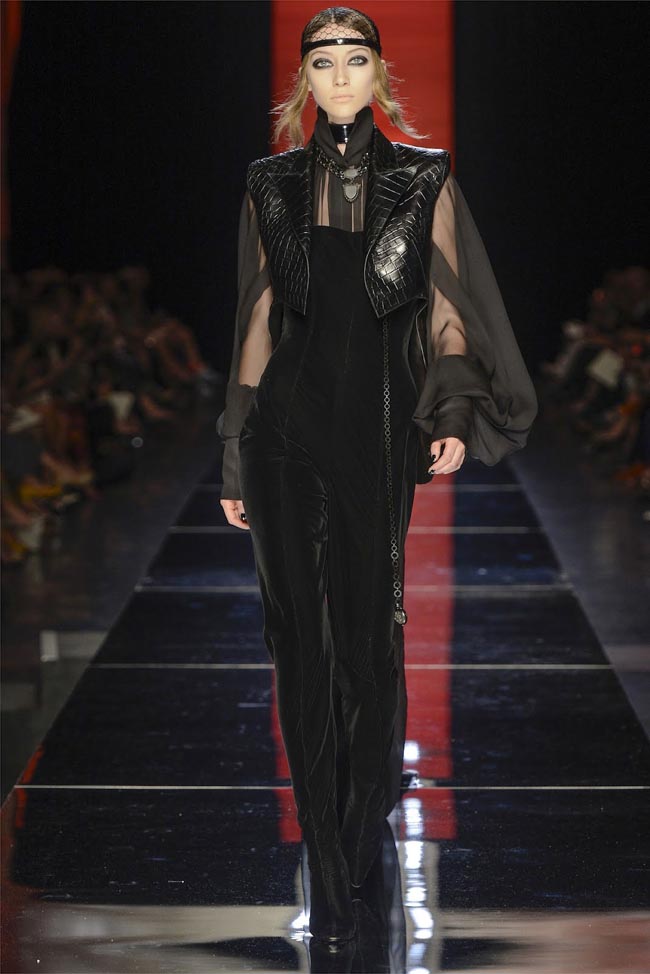 Monsieur Couture – For his fall 2012 couture collection, designer Jean Paul Gaultier was inspired by the work of poet Alfred de Musset–“Confession of a Child of the Century”, which tells the 19th century story of a man in love with a woman who wears menswear clothing. This influence resulted in a collection of androgynous ensembles featuring top hats, tuxedo jackets, lush furs, art-deco inspired prints and sheer chiffons. A color palette of mostly black with the rare metallic, neutral or jewel toned hue set the stage for an ostentatious showing of pure glamour and elegance. The balance between the masculine and the feminine did not just stop with sharply tailored suits, but could be seen in the juxtaposition of leather vests with sheer tops. For the finale, the show’s “bride” skipped a traditional gown for an ivory jacket matched and matching voluminous skirt.