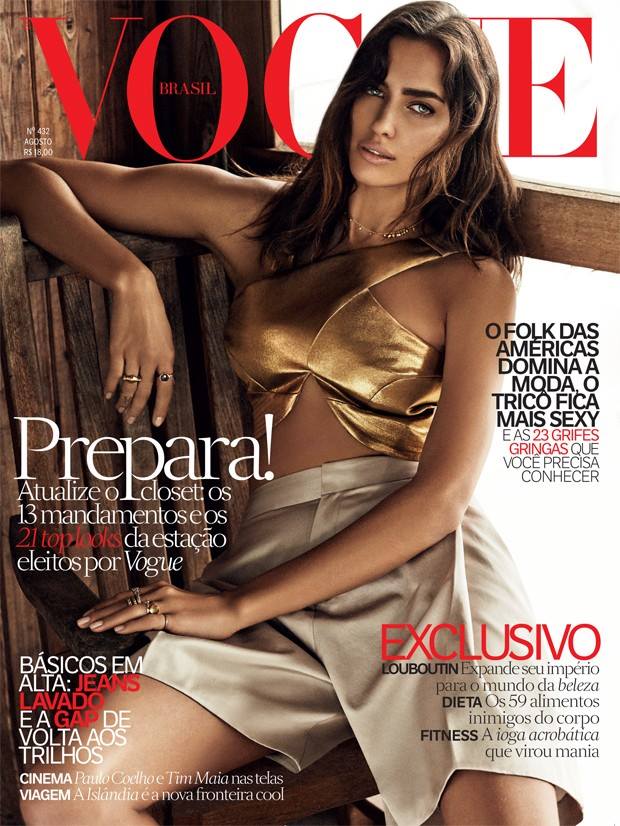 Golden Girl–Russian model Irina Shayk shows off a bronzed tan for the August cover from Vogue Brazil. The dark-haired stunner enchants in a gold top and shorts for the image lensed by Giampaolo Sgura in the Hamptons. Funnily enough, in a recent interview, Irina revealed that she frequently gets mistaken for Brazilian due to her dark features. But she is definitely Russian – it is her dad who she takes after and Irina jokes about it, calling herself a Russian spy.