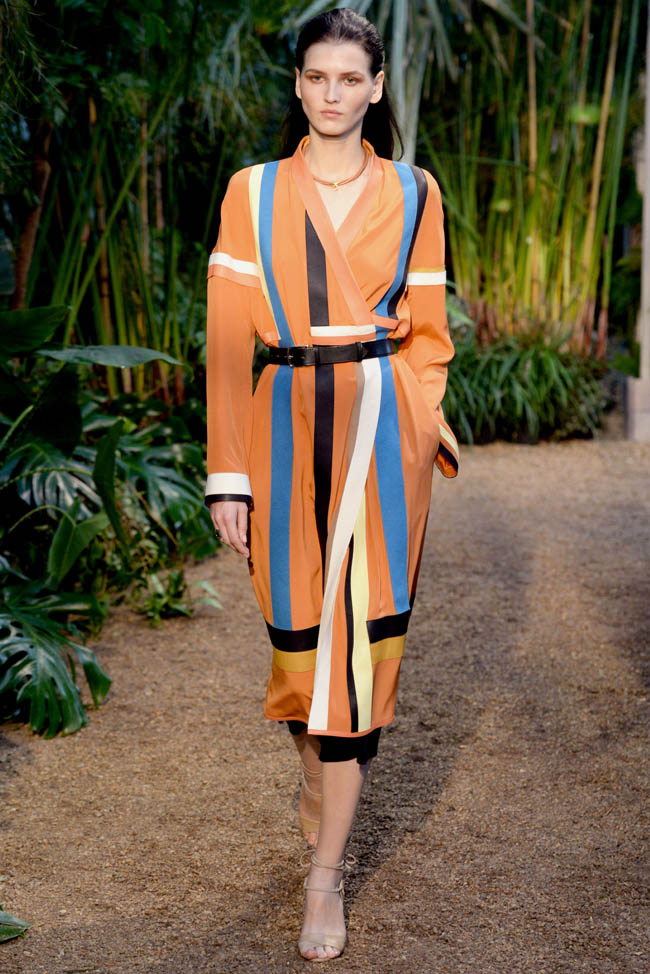 Hermès’ Spring Ease – Languid elegance is how one could describe Hermès creative director Christophe Lemaire’s spring-summer 2014 show presented during the final day of Paris Fashion Week. The silhouette is one of ease, with no fussy embellishments or volume added. Clothing for the tropics served as inspiration for the new season with colorful prints, menswear inspired shirts and slouchy pants. There was also a focus on leather in the form of long coats, suit jackets, belts and of course bags. Compared to other shows this week, the Hermès woman can almost be described as minimal but she is definitely far from bland.