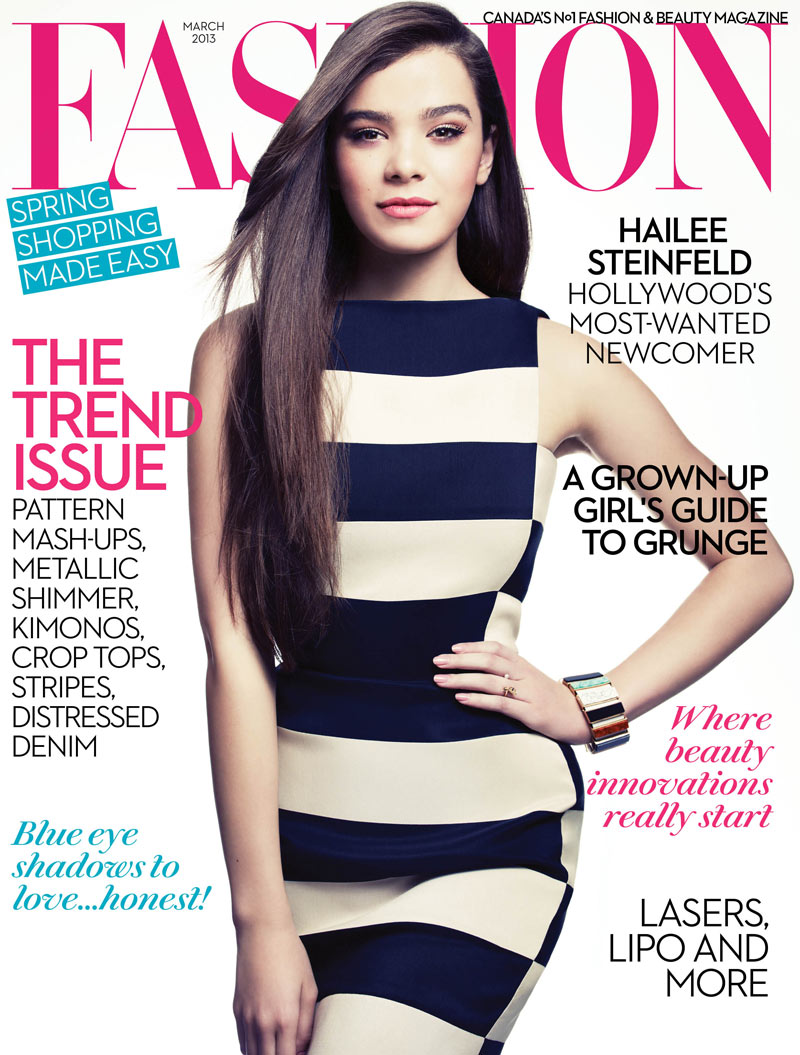 Teenage Dream – Sixteen year-old actress Hailee Steinfeld nabs her first Canadian magazine cover with the March 2013 issue of Fashion. Hailee wears a dress from Lanvin and jewelry from Delfina Delettrez on the cover styled by Karla Welch. Inside the issue, the “True Grit” star opens up about having dinner with designer Miuccia Prada (Hailee was the star of Miu Miu’s fall 2011 campaign).

“We went out for dinner in Paris and she asked me to sit beside her. They cleared out the restaurant – she’s like royalty there. I didn’t want to say much because I just wanted to hear her. Listening to Miuccia’s stories was kind of magical. Being a part of her world, even if only for a moment, made me feel cooler.” / Photos by Mark Williams and Sara Hirakawa 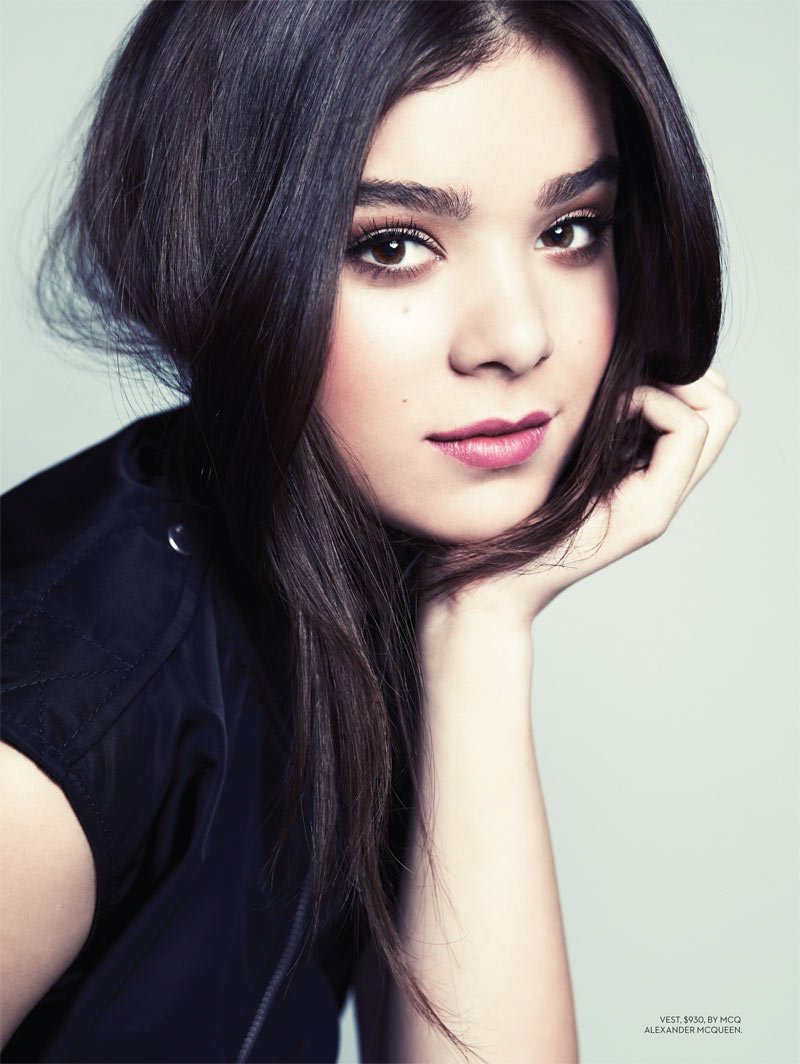 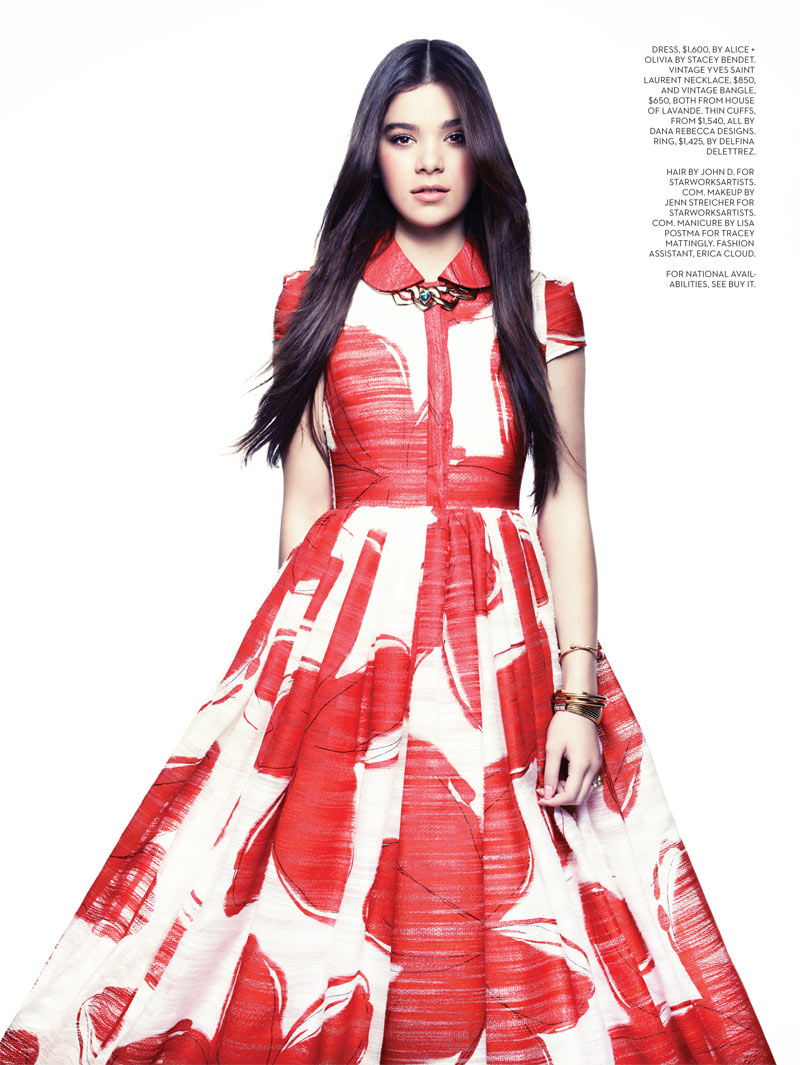