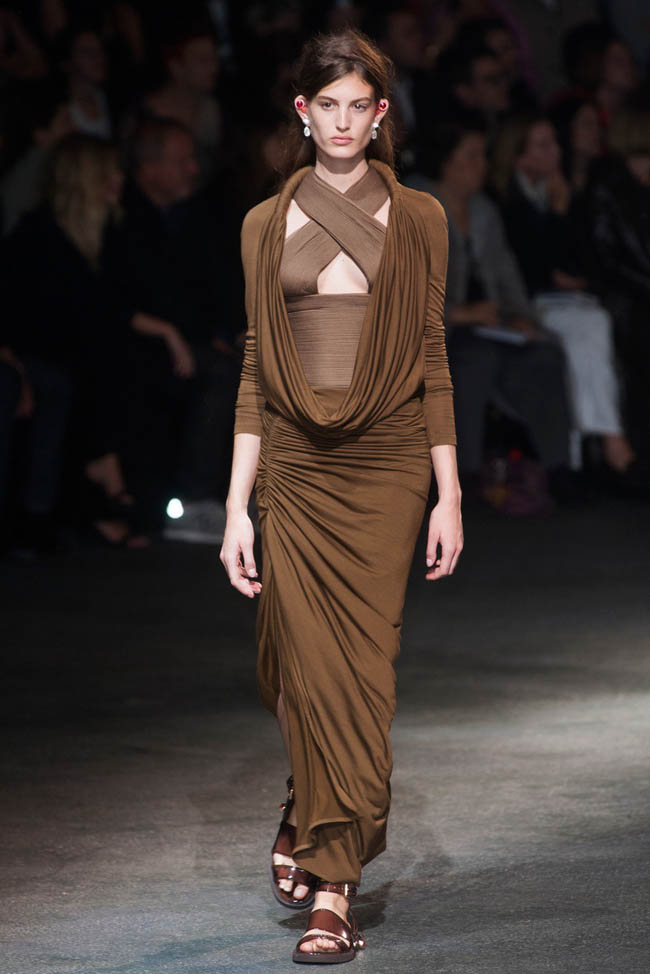 Givenchy’s Tribal Spring – For Givenchy’s spring 2014 collection, Riccardo Tisci moved away from the Bambi prints of last season for something more subtle. The result was an outing of modern elegance with an undercurrent of tribal influence stemming from the Asian and African continents. The Givenchy woman embraces an earthy color palette for spring; shades of brown, green and deep red were splashed over draped fabrics. The metallic trend which has made a number of appearances during Paris Fashion Week took shape in the form of shiny separates or gleaming gowns. Accessories were similarly tribal influenced; flat sandals and sequin-adorned bags folded in square-ish shapes had a no-fuss attitude.