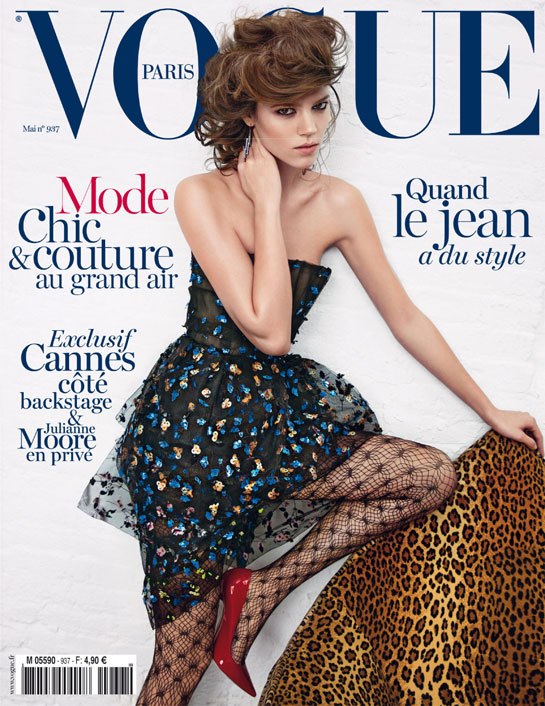 Haute Comeback – The May 2013 cover of Vogue Paris stars Danish beauty Freja Beha Erichsen, whose last appearance in the magazine was in August 2011, according to the magazine’s website. Photographed by Inez van Lamsweerde and Vinoodh Matadin, the top model wears a dress from Dior Haute Couture with black tights and pumps for her comeback moment. The May issue of Vogue hits newsstands on April 25th.