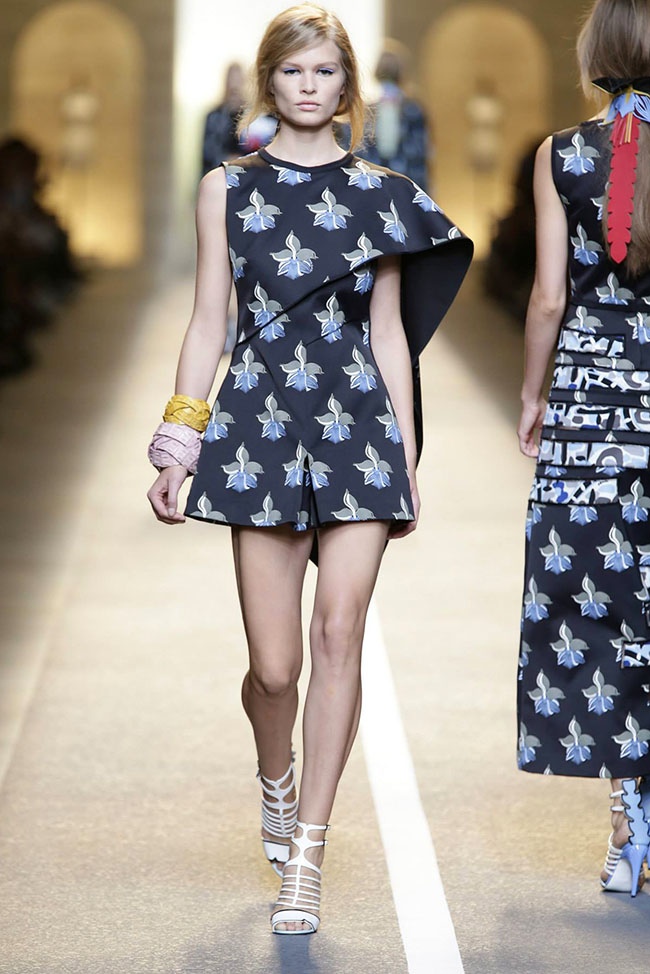 Fendi Spring 2015–Opened by Cara Delevingne, the spring-summer 2015 collection from Fendi showed off a lighter side with an outing of orchid adorned mini dresses and jackets. Other notable models casted included Kendall Jenner who made her Milan debut at the show as well as Georgia May Jagger. The collection, as most Fendi outings tend to be, was eclectic. Baggy harem pants paired with fringe-adorned jackets go to cut-out dresses that bare plenty of skin.

Bags come in colorful shades whether decorated with that aforementioned orchid print or featuring mini-versions of the Peekaboo bag (the Karl Lagerfeld charm from fall also made an appearance). For the finale, a trio of organdy, feather adorned dresses in pastel shades hit the catwalk with Mariacarla Boscono closing spring in a black version.