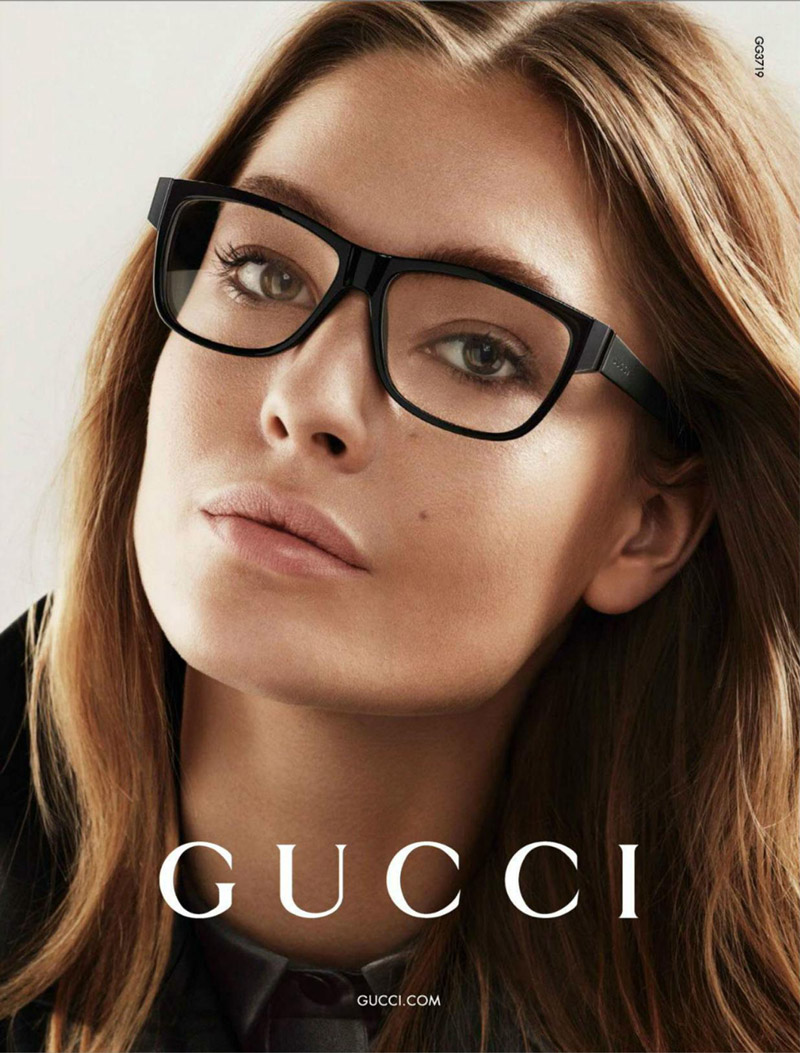 Gucci Eyewear Fall ’14–A newly released image from Gucci Eyewear’s fall-winter 2014 advertising campaign features Nadja Bender. The model has appeared in multiple shoots for the brand, and even was featured in the fall mainline campaign alongside other leading faces. In the shot photographed by Mert & Marcus, Nadja gets her closeup in a pair of black square frames for the season.