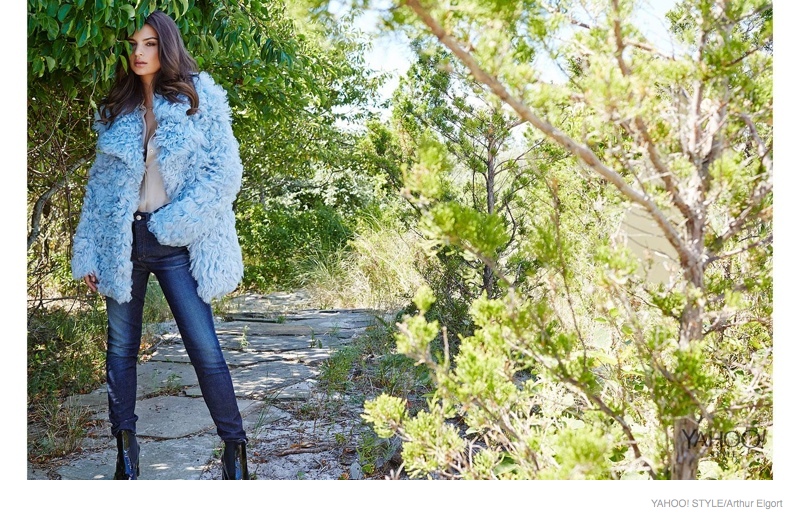 Model turned actress Emily Ratajkowski is the latest to appear in a cover feature of the newly launched Yahoo! Style. The dark-haired babe poses for Arthur Elgort in cozy fall looks styled by Joe Zee for the laid-back shoot. In her interview, Emily opens up about her upcoming role in the film “Gone Girl” where she plays Andie. On working with director David Fincher she says, “David is a perfectionist, and he’s mapped out the entire film before you go to set. So you know your role is very specific, what you have to cover and do. You know exactly where you fit into the big map that he’s made. Because it was my first film, I told him, “Whatever you want, I’m willing.” I don’t have any sort of pride. I just want to learn.” 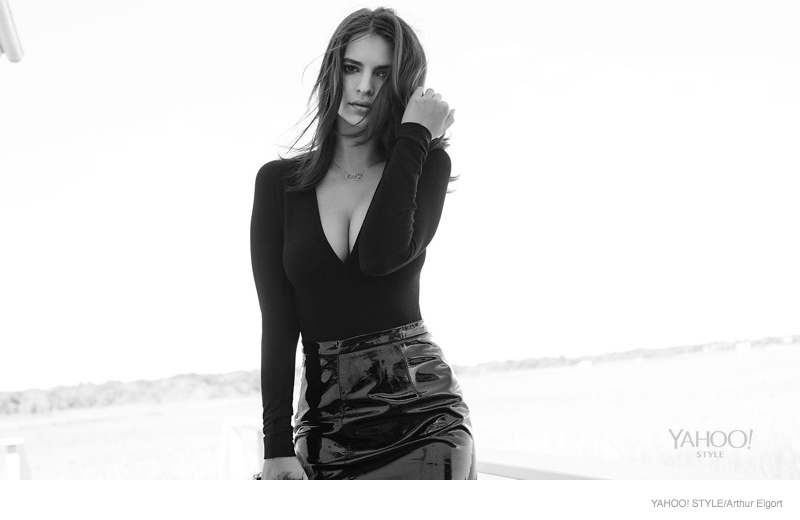 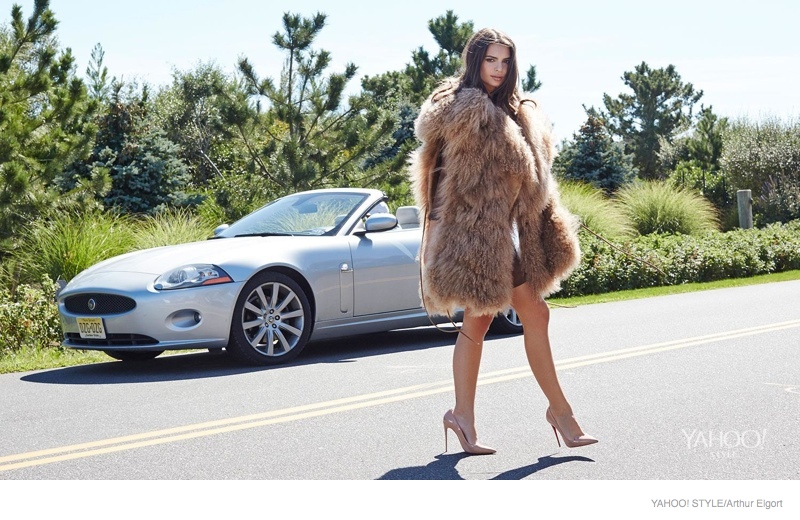 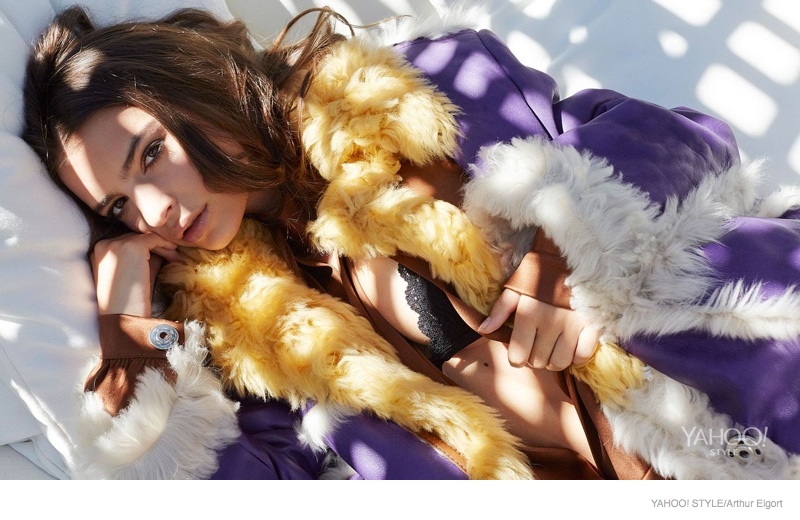 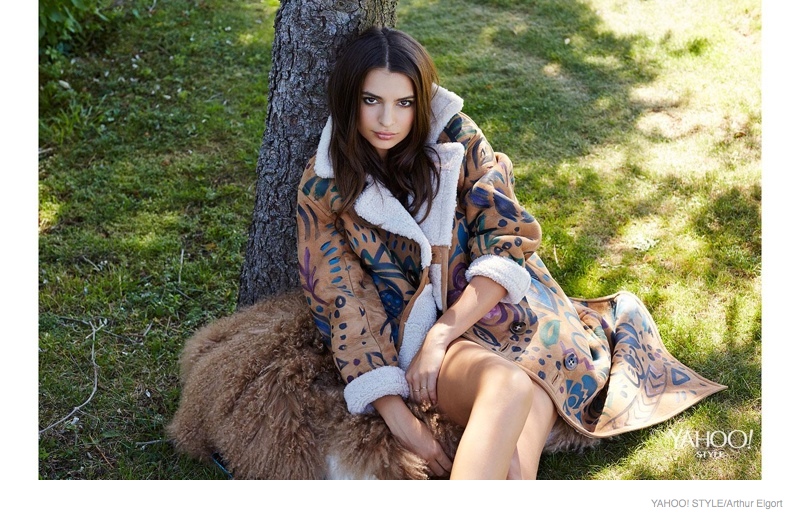 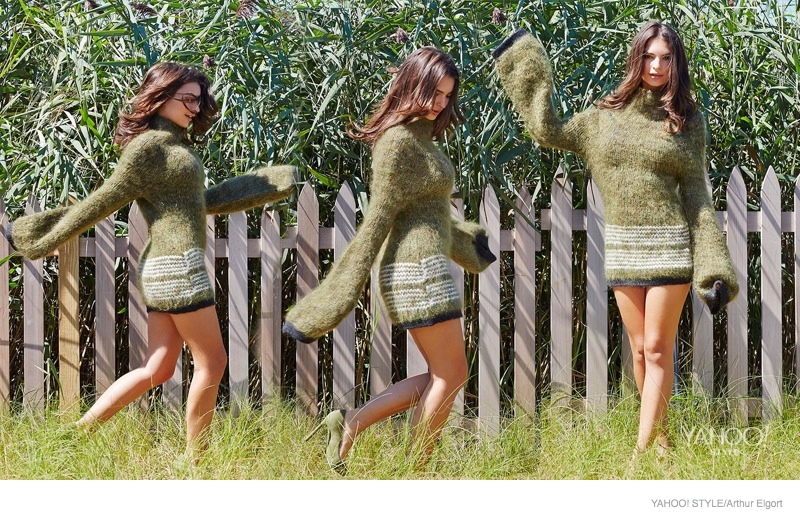