You are here: Home / Collections / Dior Makes a Statement with Fall 2018 Collection
Fall/Winter 2018 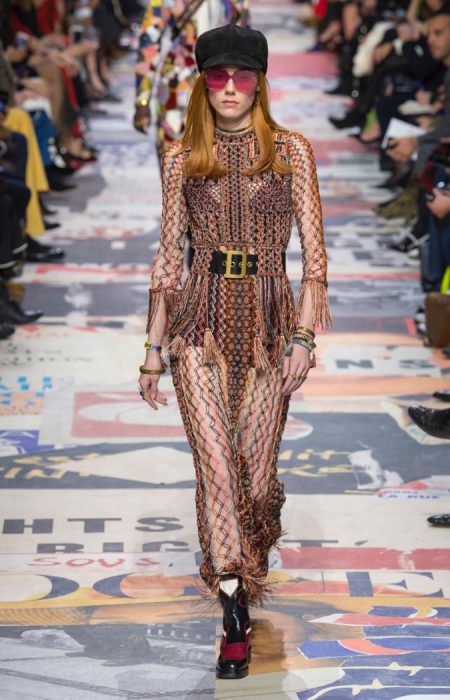 Maria Grazia Chuiri looked to 1968 for Dior’s fall-winter 2018 collection presented during Paris Fashion Week. Model Ruth Bell opened the show with a sweater which read: “C’est non non non et non!” Inspired by a time of political upheaval and women’s rights, Chuiri cited an image of a young woman protesting outside of a Dior store in 1966. She held a sign that said ‘Mini Skirts Forever’, which later led to the launch of Miss Dior. As for Chuiri, she offered a retro inspired uniform of relaxed suiting, tailored blazers and mid-length skirts. For cooler climates, the Dior woman wears shearling coats and embroidered outerwear. Over-the-knee boots, hats and saddle bags finished the chic ensembles. 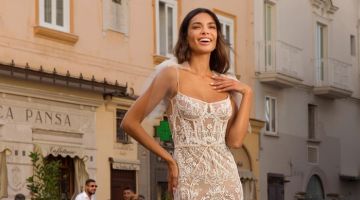 BERTA PRIVÉE Heads to the Almalfi Coast for 2020 Bridal Collection 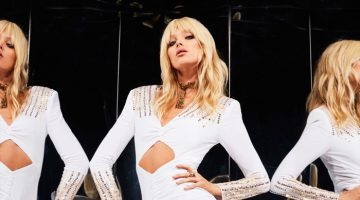 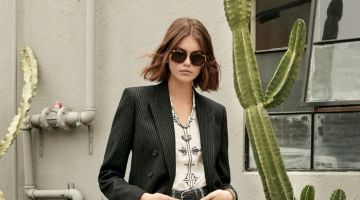