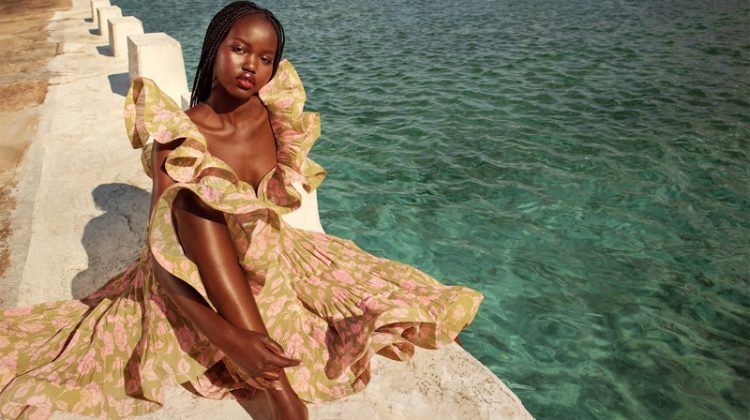 Adut Akech Soaks Up the Sun in Zimmerman...

You are here: Home / Fashion / Lookbook / Christian Louboutin Gets Waterlogged for Spring 2015 Lookbook 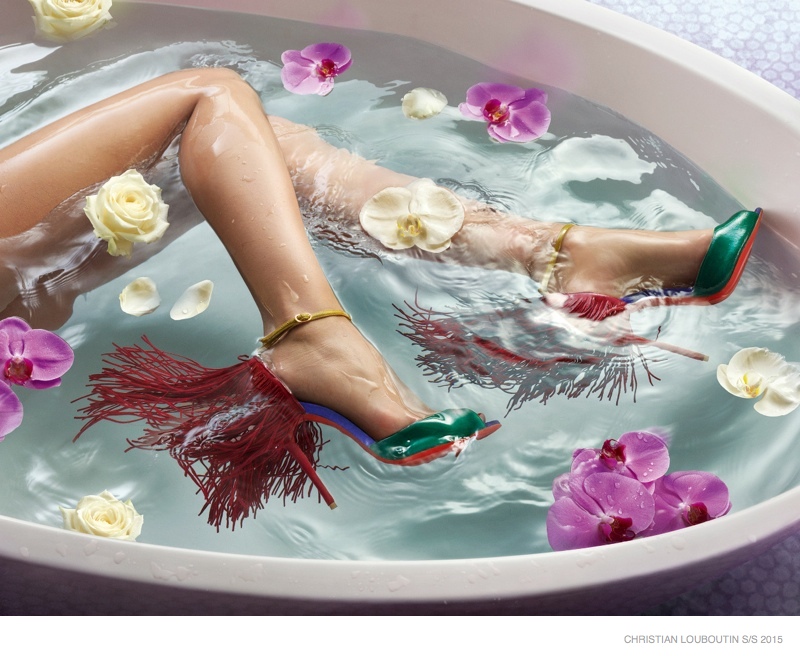 The spring-summer 2015 lookbook slash campaign from Christian Louboutin goes one place you probably wouldn’t take your red bottoms—the bathtub. The new images were photographed by Peter Lippmann and according to the press release are a reminder that wears should never “take off their Louboutins”. Spring’s shoe styles were inspired by various sources including architecture from the American Southwest as well as Vladimir Nabokov’s “Lolita”. 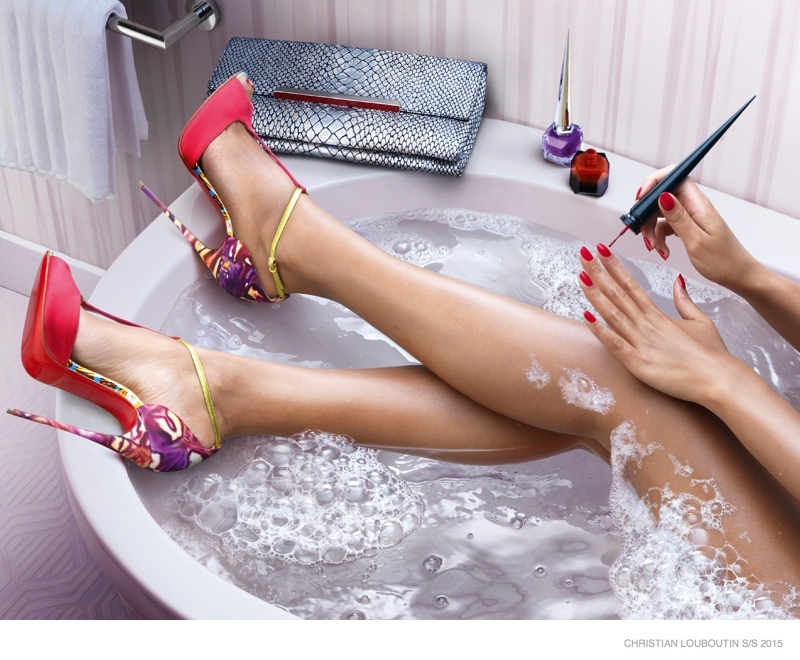 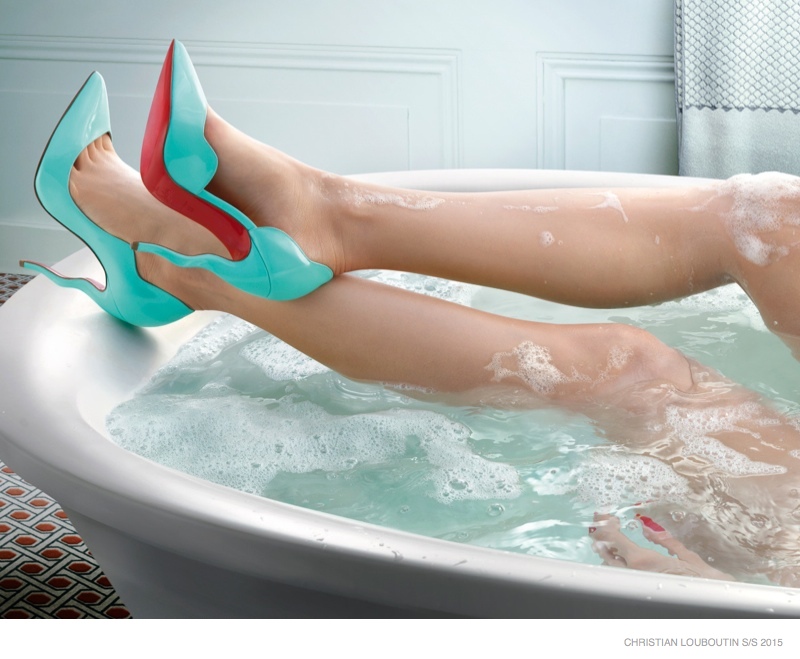