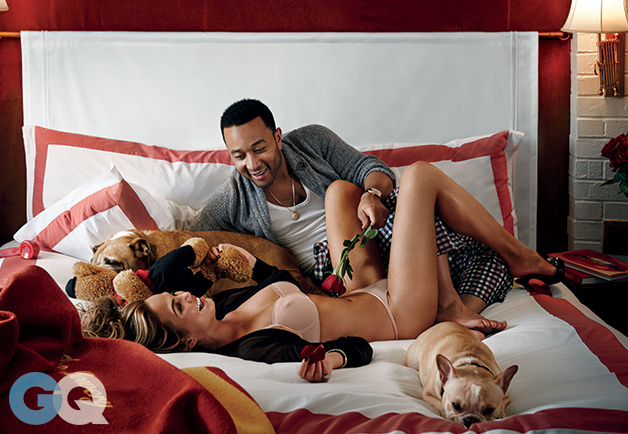 Top model Chrissy Teigen and her husband, John Legend, cozy up for the February 2015 issue of GQ Magazine. The lovebirds pose in bed and on a restaurant table in these steamy images captured by Anders Overgaard. In one shot, she wears a plunging Saint Laurent dress in black with Giuseppe Zanotti heels while in another she dons a Michael Kors cardigan and lingerie from Eres. Chrissy was also in the news for her “cry face” at the 2015 Golden Globes where her husband won for Best Song of the Year. 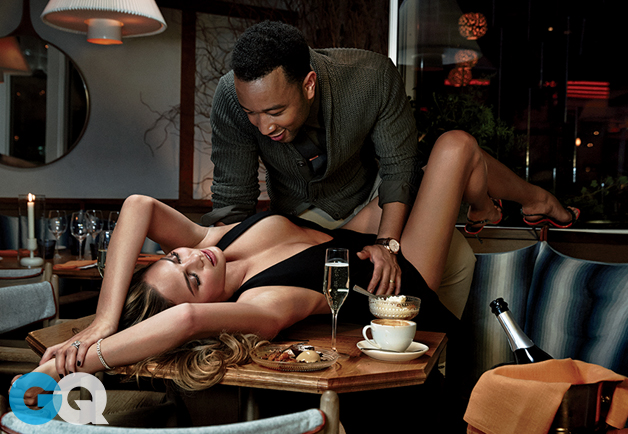